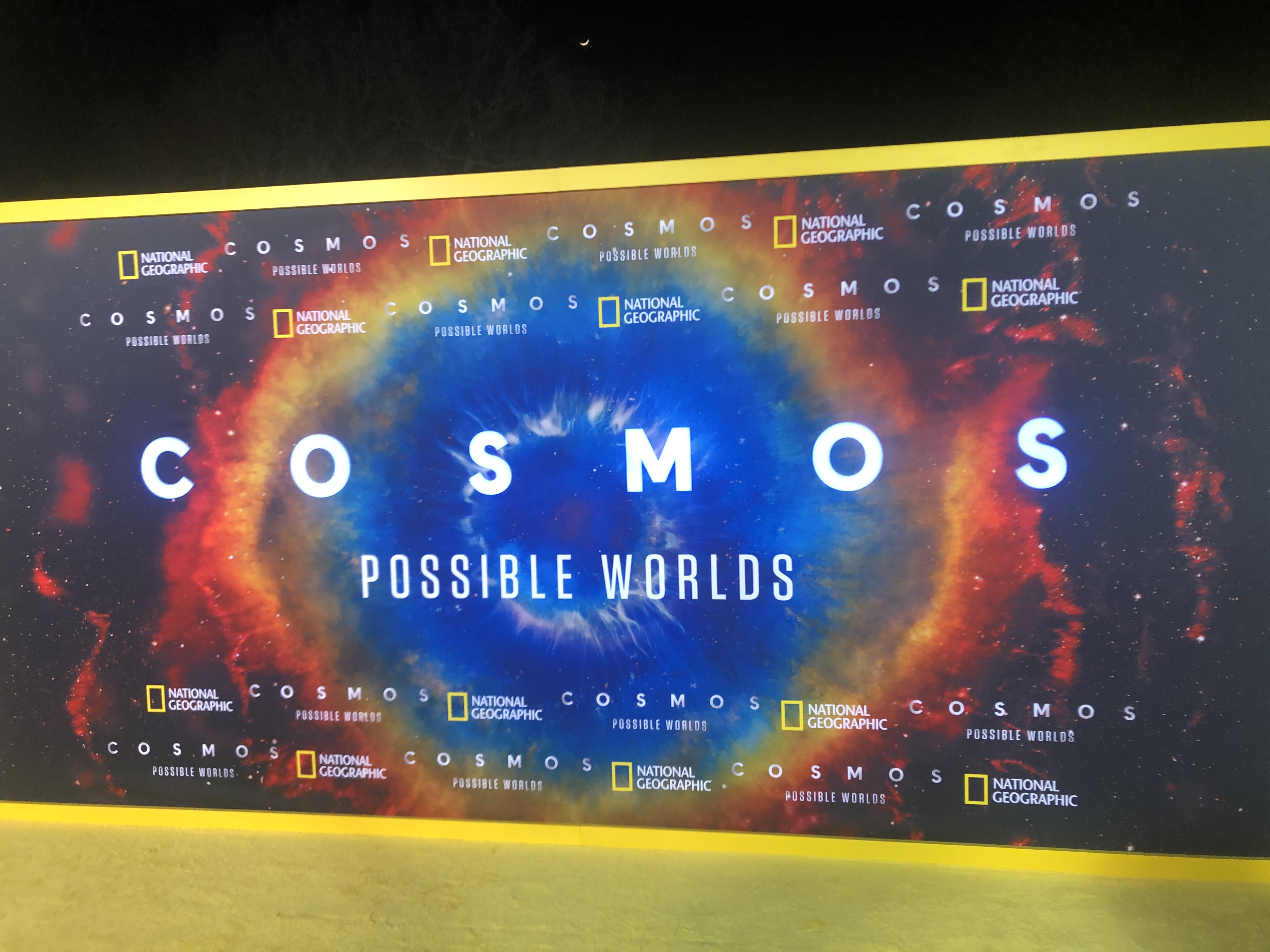 Cosmos is back! The next installment in the series debuts on National Geographic on March 9 at 8/7c. Cosmos: Possible Worlds takes you on a journey through humanity’s past, present and future to uncharted parts of the universe. It promises to be mind-blowing and educational.

The show held it’s premiere recently in Los Angeles at Royce Hall on the UCLA campus. I had a chance to speak to the people involved with the show, including famed astrophysicist Neil deGrasse Tyson. Check out the interviews from the event.

This was my first time meeting Neil, been a big fan of his. He’s even better in person than I could have imagined. Such a intelligent and well-spoken person. Very knowledgeable, but he has this innate ability to speak to a regular person and explain high level theories and concepts in a easy manner than anyone can comprehend.

Aside from Ann Druyan, Brannon is one of the main figures in bringing this show to fruition. Brannon made some interesting points about universe expansion and the possibility of extraterrestrial life. Something worth pondering about.

Kara has a very impressive resume. She’s one of the executive producers of Family Guy and American Dad. Needless to say, she’s worked alongside Seth MacFarlane for a long time. Including this project. I was surprised to know the level of Seth’s involvement, until Kara spoke about it. She was in charge of the animation, and after seeing the first episode, she did a great job with it.

Jeffrey is a humble guy, because he’s a heck of a visual effects artist. He’s been in the industry creating visual effects for decades on such movies as TMNT III, Blood Diamond, The Last Samurai and Fantastic Four. He does amazing work on Cosmos. The line about success that he mentioned really resonated with me. Great simple advice.

This was a really fun event. Started out on the terrace of Royce Hall with a yellow carpet. Following the red carpet was a screening of the first episode of the series. Then a phenomenal after party followed. Tasty appetizers and planet shaped cake pops. Plus, the treat of a signed copy of the Ann Druyan Cosmos book.

Fantastic event all-around. National Geographic knows how to throw some great events and parties. The screening itself was the highlight, especially with a panel that followed afterwards. Lots of insightful stuff from the creators and people involved in the making. I highly recommend checking out the show.

COSMOS: POSSIBLE WORLDS, makes its return to TV on March 9, at 8/7c, on National Geographic

Previous post Movie Pick of the Day: Run This Town