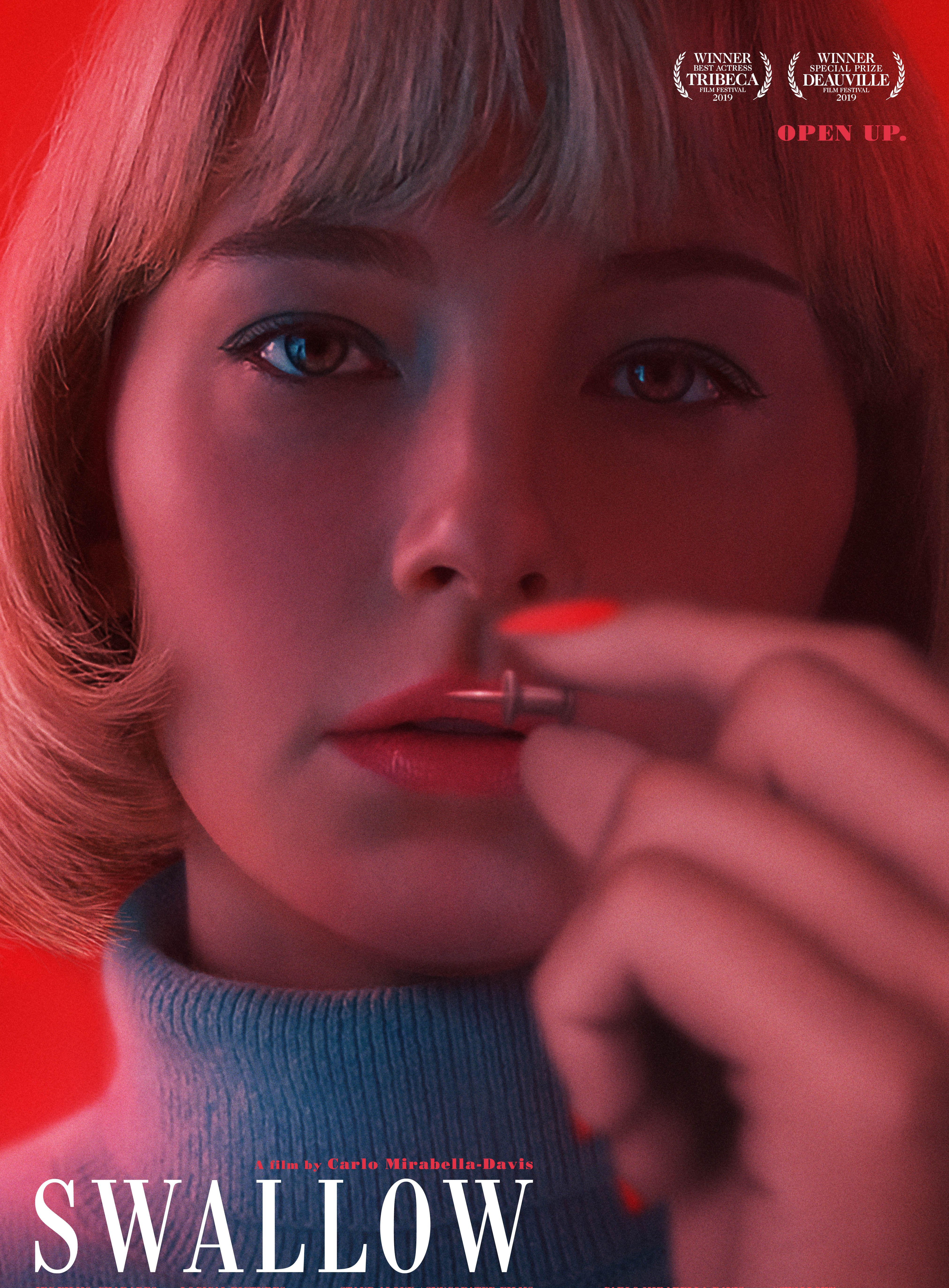 Swallow is one recently released psychological thriller you can’t miss. The story centers around a pregnant woman named Hunter (Haley Bennett) that finds herself in an obsessive consumption of random bizarre objects, while her husband and family attempts to control her life.

I spoke to the writer/director of the film, Carlo Mirabella-Davis. He spoke about his personal inspiration for the story. Haley Bennett’s incredible performance and more. Check out the full interview below.

I found Carlo to be very well-spoken and intelligent. I was shocked to hear that the story was inspired by his grandmother and the awful things she had to endure in here life that Carlo graciously shared with me.

Haley’s performance was superb. It was cool to hear Carlo talk about how she came aboard the movie. What I was interested to know about was how he selected the objects that Haley’s character was consuming. Some really insightful stuff about the film from Carlo. Enjoyable interview. Very talented filmmaker.