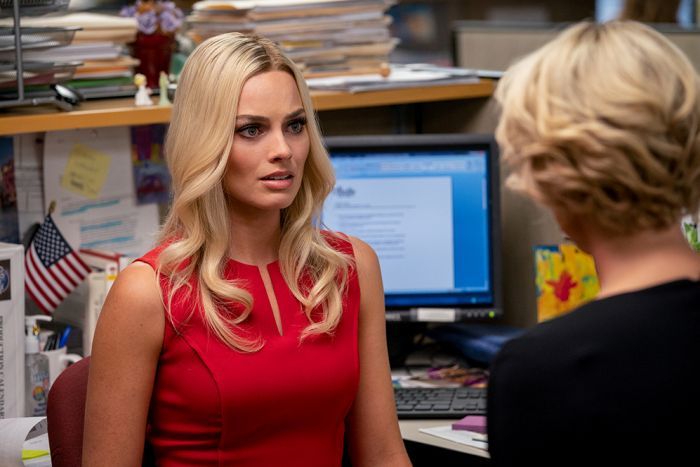 Bombshell has made headlines for depicting the sexual harassment at Fox News and the transformational performance of Charlize Theron had. The man behind the movie is none other than filmmaker Jay Roach (Austin Powers, Meet the Parents). I had a chance to speak to Jay about the film. He talked about Margot Robbie’s character inspirations, Charlize’s performance, and a lot more. Check it out below.

I was fortunate to meet Jay a few years back in Chicago, when he was promoting Trumbo. He’s a fantastic guy. Very intelligent person and filmmaker. Once again he didn’t disappoint. He offered some great insight into the making of the movie.

I really enjoyed him breaking down the approach he and writer Charles Randolph took in the style and tone of the movie and using the fourth wall. I was surprised to hear that they originally planned to do more of the breaking of the fourth wall and having the characters talk directly to the viewer. I like this sort of style of filmmaking.

While I was aware that Margot Robbie’s character Kayla Pospisil was a fictional one, I wasn’t aware that they based it on several other women who they didn’t portray in the movie, but molded their testimonials into one character that Robbie plays. Interesting stuff.

The film has an amazing cast of superstar named and some recognizable actors playing smaller roles. Jay mentioned that after having Charlize and Margot sign on, many other actors followed and wanted to be a part of it. So it wasn’t necessarily like he had a list of desired names and got them. I did wonder how he ended up with such an amazing cast.

I really enjoy speaking to Jay whenever I have a chance to. He’s a uniquely talented filmmaker that has succeeded in various genres. He has quite a slate of movies lined up for him that will be coming out. I’m excited to see what’s next for him. Bombshell is very good. Check out my full review of it.

In the meantime, I recommend you checking out the Blu-ray or Digital copy of the film. It has some really interesting bonus features.

“No Easy Truths: The Making of Bombshell” 7-Part Documentary: