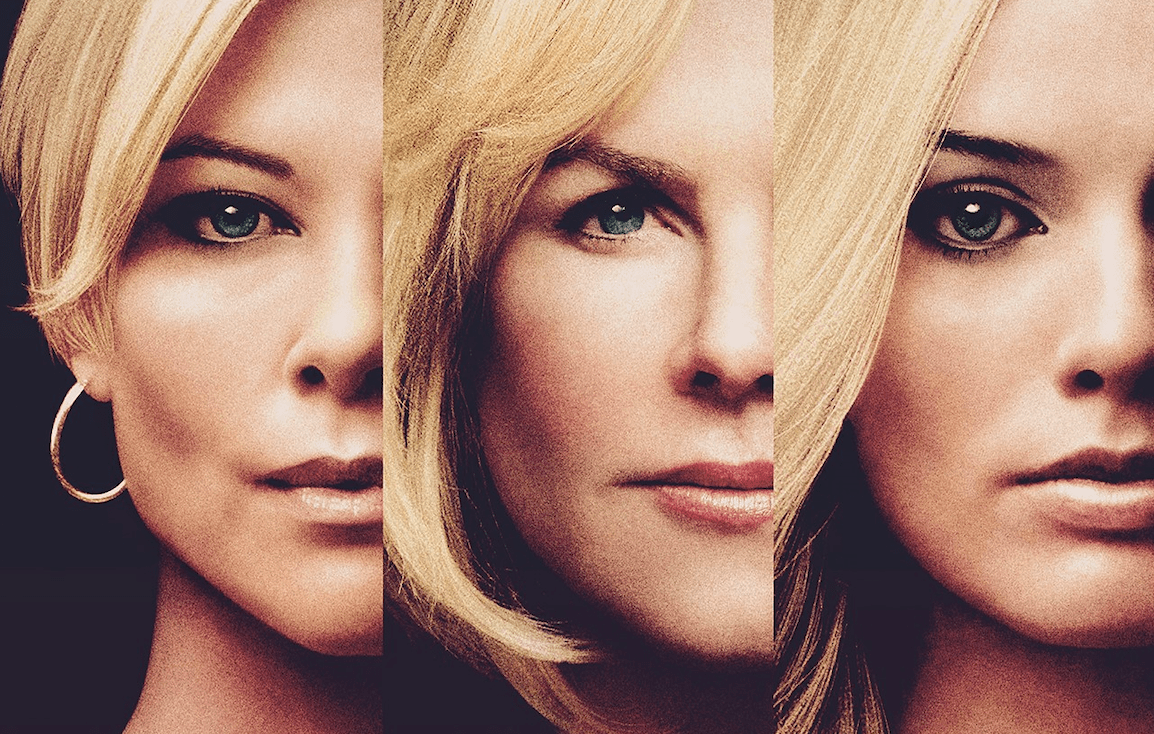 Fox News is making news? What’s new. Well, it’s a movie called Bombshell. Want to know what happened at Fox News behind the scenes and how female employees were treated? Check out this film and you’ll get a good idea.

Fox News. Roger Ailes. Sexual harassment. Female Fox News employees. MeToo movement. Oh, and Megyn Kelly. The billboards and trailers will try to make you believe that this is a movie about Megyn Kelly and Fox News. It is, but it’s only a portion of the story.

The plot revolves around the toxic work environment at Fox News under Ailes. Women begin to come forward about the harassment they experienced at the network, with Gretchen Carlson and Megyn Kelly leading the charge.

The story wasn’t what I thought it would be coming into the movie. Obviously lots of the promotion for it centered around Kelly, with her being the big name involved in the lawsuit. In the movie though, she’s just one of three main women featured in the story. It wasn’t much about Kelly after all. I liked that they included other women as central figures and their individual stories were incorporated.

The movie feels slow though. The style resembles that of movies like The Big Short, where there is a testimonial and breaking the fourth wall. The characters turn to the camera and talk to the viewer explaining what’s going on. The script is written by Charles Randolph (who also wrote The Big Short), so it makes complete sense it would be similar to it.

What the filmmakers do well is depict the perverse nature of the industry and the gross actions of Ailes. Director Jay Roach highlights how Ailes would treat his female talent as objects and setting a strict standard for the “look” he was seeking. Having the women wear short skirts and project as much sex appeal as possible. Mind you, this is a NEWS station!

I felt Bombshell has some bumps where it gets dull and redundant. Not much happens. Majority of the scenes are all shot in the offices and news desks at Fox News. I’d imagine it’s hard to make it exciting and thrilling when it’s more suited to be a documentary or article story.

The acting is what will get the people talking. Two words…Charlize Theron. She completely transforms herself into Kelly. By transforming, I mean physically she looks a lot more like Kelly than herself. It’s unbelievable work from the makeup team, especially prosthetic makeup artist Hiro Yada. Oscar worthy work from Yada and the makeup team. A certain nomination.

Back to Theron who perfects her look, voice and mannerisms of Kelly. It’s as flawless of a portrayal of a real person as you can imagine. Arguably Theron’s best performance ever. That’s saying a lot, considering she won an Oscar for her amazing work on Monster. It’s definitely a performance that will be talked about for a while.

Nicole Kidman is overshadowed by Theron’s portrayal of Kelly. It’s rare for Kidman to be in the background with the quality of work that she offers. No difference here, she’s very good as Gretchen Carlson. Actually Carlson is the key figure in the story.

Last, but certainly not least of the phenomenal trifecta of women is Margot Robbie. She plays fictional character Kayla Pospisil. She’s the younger Fox News bred, die-hard, that’s climbing the ladder quickly in the company. A ladder that isn’t a high climb due to the gross actions of Ailes. Robbie is her usual charming self on-screen.

This is where I’m split. So hear me out. In terms of content and story relevance it’s an important movie to see and understand. As I mentioned above, it’s pretty slow. The actors infuse life into the characters and add a lot of personality to them, so that’s the entertaining portion. The testimonial style lends to some entertaining dialogue and one-liners.

Bombshell isn’t an exciting movie, but it’s a compelling one. The plot is defined, but lacks intrigue and suspense. You basically know how this story will end. Even though it’s a based on true events and people, it could have had a cinematic tone that added those missing elements. The movie is timely and fitting for our current climate. It’s ultimately about Theron’s transformation. It’s startling.

I’d lean towards giving Bombshell a fair shot. The trio of powerhouse leads in Theron, Robbie and Kidman will sell tickets just by their presence. Don’t overlook John Lithgow playing Ailes. His transformation is very impressive.

Personally I enjoy this style of filmmaking that Roach and Randolph chose. It’s more engaging and personal. Hey Fox News, do you finally have a major “Bombshell” to report on now? I’d say so.

One thought on “Movie Review: Bombshell”