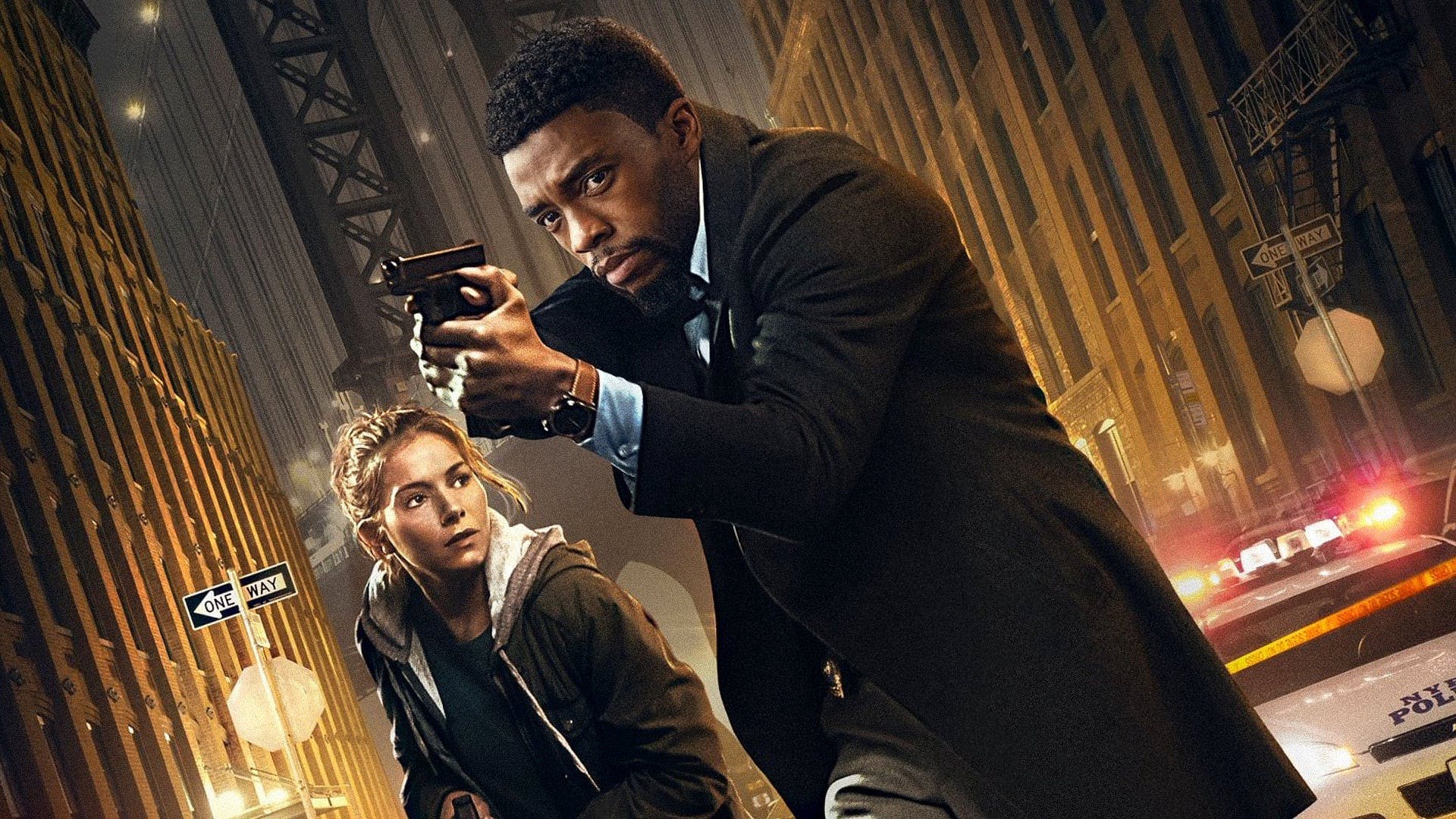 Embattled cop, citywide chase, conspiracy theories, crooked cops? That’s what a solid formula for a crime thriller consists of usually. Those are also the elements that 21 Bridges has. Does this cop crime drama take you on a ride you want to be part of throughout? Find out below.

The opening scene sets the tone for the rest of the movie. Action packed and intense robbery gets things going. They won’t wait around to deliver a quality shootout. The stage is set for what’s to come.

When I think Chadwick Boseman, obviously Black Panther is what comes to mind immediately. Boseman is one of the best actors today, but the success of Black Panther has taken some significant focus away from his previous work and the caliber of acting he’s capable of outside the Marvel world. Anyways, Boseman is very good in the role. It’s cool to see him playing a tough and brave cop.

Very good cast all-around. This isn’t a huge blockbuster by any means, so the quality of actors is pretty impressive.

The story comes from by Adam Mervis and you can tell he’s got an understanding of NYC and the NYPD culture. The movie has a gritty New York look and feel to it.

The script doesn’t hold back. I liked how it starts out firing (no pun intended). The web of culprits grows quickly and the action starts early and doesn’t let up. I liked how this movie keeps you guessing.

The twists and turns were good enough to throw me off, but the ultimate reveal isn’t terribly shocking. The lead-up to it is convincing though.

I found it to be very engaging and entertaining. It’s a cat and mouse game that tests the limits of the lead character. At times he seems like he could be the one most in danger and should be the one that’s looking behind his back. I liked this double sided element of suspense.

This is a pretty fast paced movie that moves along dropping plot twists like a sprinkler. I actually would have liked it to take a breath and slow down at some points to set-up some of the action. You don’t get much time to think, which sort of fittingly resembles the state that Boseman’s character is in. Even though it feels kinda rushed.

I enjoyed it. If you’re a fan of action crime thrillers, you’ll get all you can ask for. It’s refreshing to see Boseman in a role like this. NYC purists will get a kick out of it also. The twists and turns are satisfactory, even if they ultimately aren’t the most surprising. It’s not spectacular or genre defining, but it’s a solid movie. 21 Bridges are just enough to get you sticking around Manhattan.

Next post Contest: Enter to Win a Blu-ray Copy of ‘Hustlers’