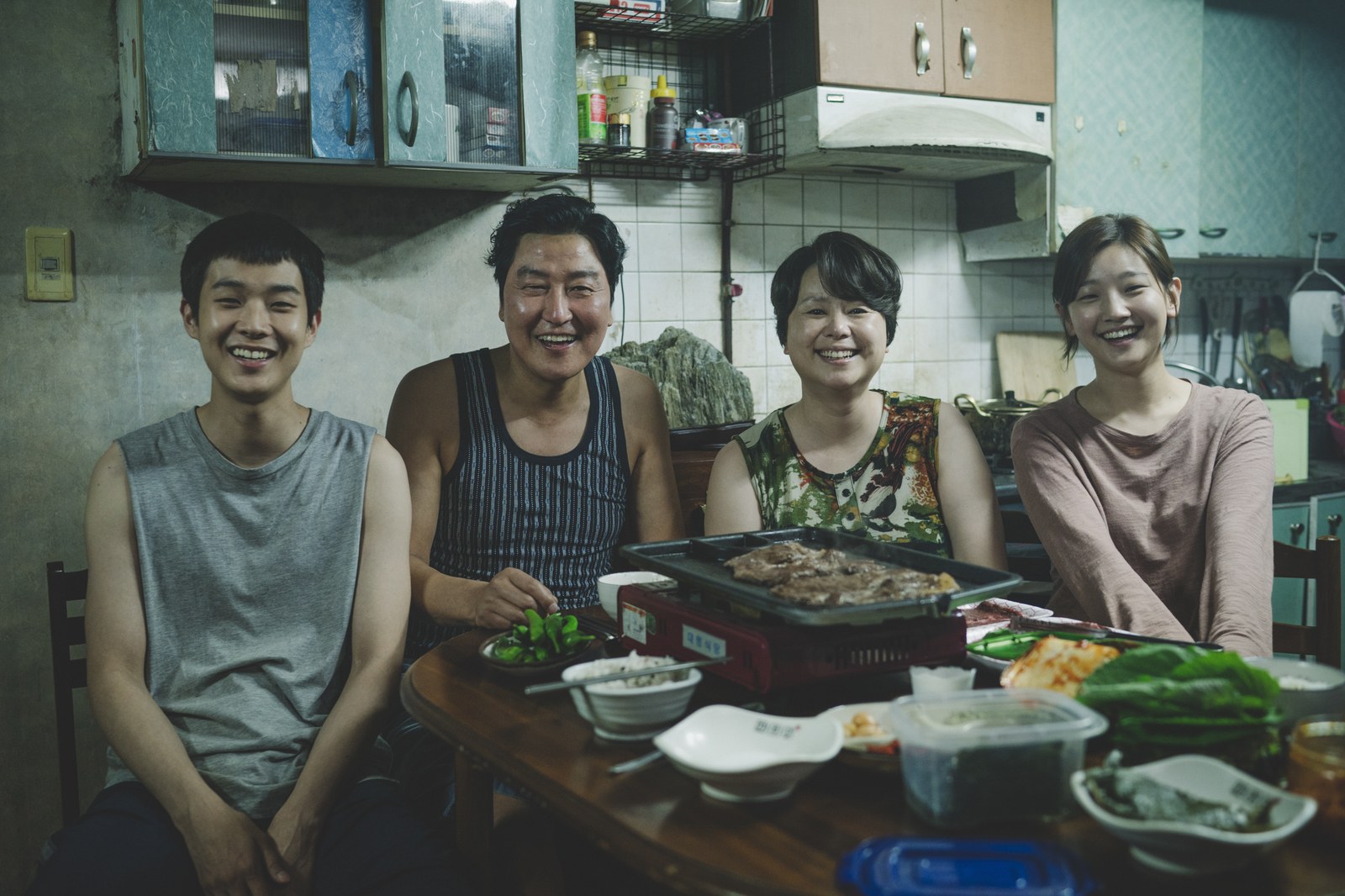 One of the most buzzed about movies, just in time for awards season. A commentary on greed and social class from one of the premiere international filmmakers, Bong Joon Ho. Parasite is unique. But will the subtitles deter the casual viewer from checking out this South Korean novelty?

Welcome to the life of the Kim family. A poor, lovable, tight-knit group of con artists. The cons are a means to survival for them. Each character with a distinguished personality. It starts at the top with dad, Kim Ki-taek (Song Kang Ho) and mom Kim Chung-sook (Hye-jin Jang). Woo-sik Choi plays the son, Kim Ki-woo, while So-dam Park plays the daughter, Kim Ki-jung.

In dire need of work and money, Ki-woo devises a plan to infiltrate his family into a rich family’s home, working as servants for the Parks. What appears like a dream life soon gets complicated when they discover they aren’t the only ones scheming a grand con.

Directed by the famed South Korean visionary Bong Joon Ho (Snowpiercer) and co-written with Jin Won Han. The dialogue is precisely unique for each character. The pacing is meticulously crafted. It builds and builds up to an unforeseen climax. Twists and turns are precisely interwoven. Fantastic script.

The story itself gets your attention early on with the humor provided by the main characters. Then it turns to a bit of a romance. Next you’re hit with mystery. Then it delves into drama. A thrilling climax and horror in the final act. Don’t worry I’m not giving it away, just illustrating the various genres mixed into this film and how it constantly changes the course of the plot. At times it made me confused. Lots of moving parts. Sort of like a chess match.

It’s not a complex story to understand, but the themes run deep. Bong Joon Ho offers a magnifying glass for social and economic classes. From the poverty stricken to the rich and elite. The way they treat each other. The way they think. It’s more about class of upbringing than it is about individuality.

You don’t need even the help of subtitles to understand and enjoy these actors. Fantastic ensemble. Ki-taek is the goofy, yet strict father. He’s a character I recognize from people in my life. Ki-woo and Ki-jung are siblings with different personality traits, but similar mindset. Ki-woo is clever and sincere, while Ki-jung is smart and self-assured. They all have something to offer.

The supporting actors that play significant roles have richly defined characteristics and are necessary driving forces in the plot. In a way it’s a big ensemble cast without a particular main lead, but instead, a variety of intricate and important characters.

It certainly is an entertaining movie. It takes you on a rollercoaster of emotions. Fear. Shock. Excitement. To name a few. I didn’t see the major twists coming. The ending is pretty shocking and left me wanting to discuss it with anyone who saw it. The movie is a definite conversation starter.

The thought of seeing a movie with subtitles may seem like a turn-off, but don’t let it be one, especially for Parasite. It’s interesting and compelling to the point I anticipated reading the dialogue to see where the story is was heading to.

There isn’t much physical action, but it makes up for it in how intellectually stimulating the plot is. The film puts faith in the viewer that it will follow it and grasp the concepts and messages being portrayed. I appreciated that. Nothing wrong with making you think a bit. Time to acknowledge that international cinema is on the same level as American one, in terms of quality storytelling and talent. Parasite opens the door to new possibilities.

Next post Ally Brooke Talks Favorite DWTS Judge, Her Biggest Competition and Best Friends She Made on the Show