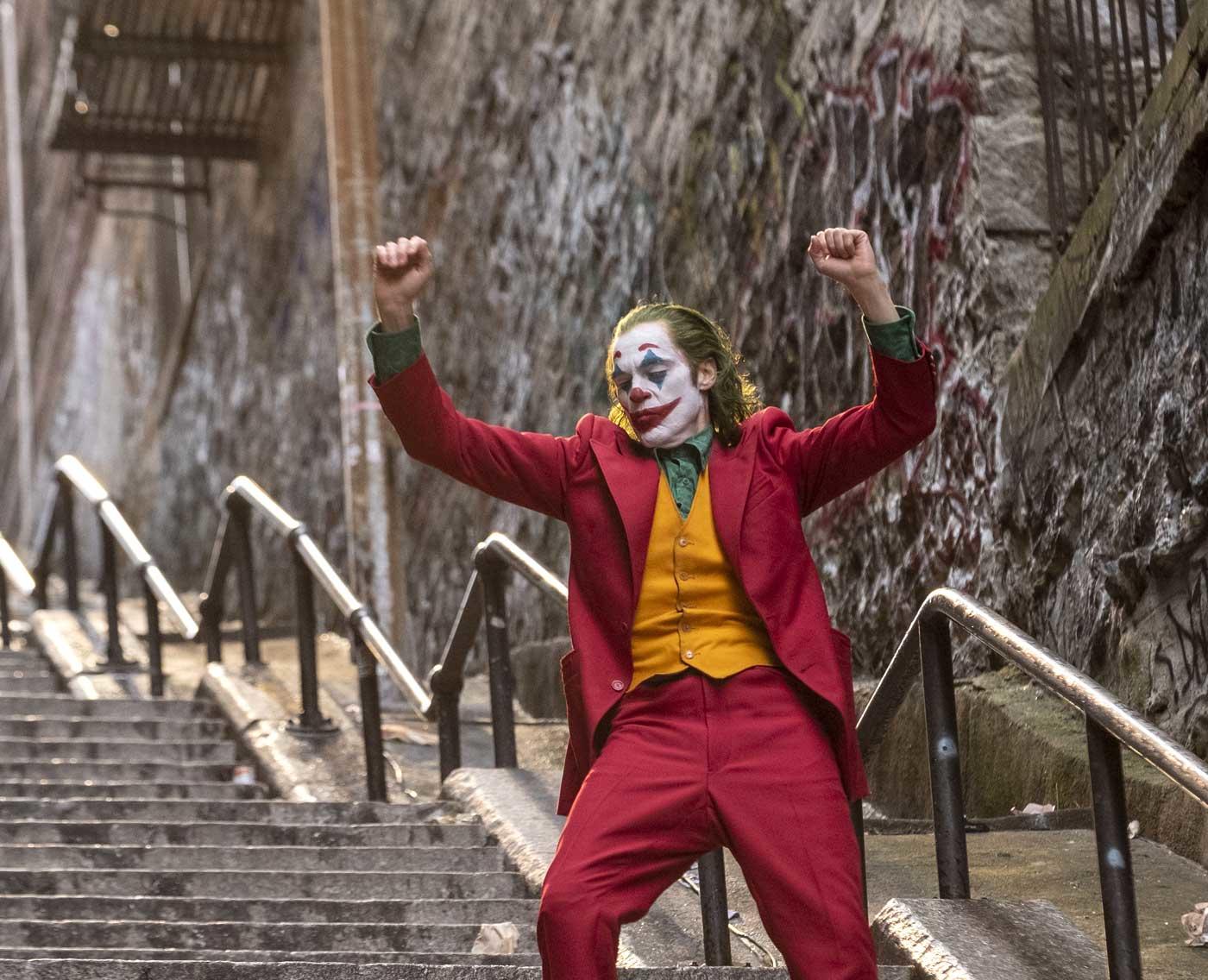 The most polarizing and socially significant movie of the year is…Joker? Yes, it is. The famous DC comics villain gets his own story, but it’s not the same origin Joker story you’ve seen before. Todd Phillips’s Joker is dark, humorous, sad and thrilling. So what makes Joker the talk of awards season? Let’s take a look.

As the title suggests, you expect a movie about the Joker character, but it is actually a lot more about Arthur Fleck (Joaquin Phoenix). Fleck is a tortured soul. A loner who feels forgotten and longs for acceptance. A wannabe comedian. Through the cruelty of the world around him, Fleck begins to build inner disdain and anger, which quickly evolves into a series of bad decisions that escalate to dangerous places.

Is he a villain? Is he a hero? Who is Fleck and who is Joker? The film introduces a series of options for you to decide and each one of those character depictions is fascinating to indulge in.

Simply put, Phoenix delivers a masterpiece performance that should make him the unquestioned front-runner for an Oscar. His physical transformation makes you uncomfortable to watch him. Phoenix is rail thin and his body contortion is cringing. The physical commitment to the role is unquestioned.

The other part of his performance is the unwavering meta transformation he takes into becoming Fleck. His body movements, his speech patterns, but most noticeably the facial expressions he delivers are truly remarkable.

Phoenix makes Fleck feel like someone you can relate to. An underdog that hasn’t had a fair shot at any life success. On the contrary, he’s unstable and displays dangerous manic traits. A fantastic display of emotion and inner turmoil from Phoenix.

Robert De Niro, Frances Conroy and Zazie Beetz play significant supporting characters that influence Fleck’s transformation into Joker. As solid as their performances are individually, anyone would be overshadowed by this unforgettable performance from Phoenix.

Heath Ledger is the standard for the Joker character. His performance garnered an Oscar after his death, but Phoenix performance is superior. It transcends any expectation and leaves you in awe. Not that the comparison is relevant to the film, but naturally this will spark debate among the pundits and fans.

Credit to writers Todd Phillips and Scott Silver for putting together a complex character story and not falling into any traps of playing into previous Joker incarnations and stories. Speaking of that unspoken dark knight, there is a clear connection to the Batman universe.

Bruce Wayne exists, but he shouldn’t have been featured. If there is a blemish on this movie, it’s the introduction of Bruce. The scene at the Wayne manor, where Arthur and Bruce meet at the gate was completely unnecessary and took away from the build of Fleck’s world that’s established throughout the film.

The other aspect of the film that I had an issue with was the ending. The movie ends with the Joker at Arkham Asylum, but it just feels deflating. The movie went on about 10 minutes too long. The perfect way to have ended it was to fade to black when Joker was on top of the car with the chaos and inferno surrounding him. That would have been such a powerful ending. The villain wins? Sort of, but it reflected on the fantasy world that Joker had envisioned for himself, a world where the misunderstood underdog gets the last laugh, no pun intended.

For a movie deeply rooted into a character and none of the available superhero movie crutches, it was incredibly entertaining. You’re witnessing a complete change of a individual that’s losing hope. I mentioned earlier that I found Fleck to be a sympathetic figure, which he mainly is. He’s someone who is dealing with poverty all of his life. An ill mother that he’s responsible for. A society that doesn’t acknowledge the underprivileged. That’s a tall task to overcome and stay positive.

To my surprise initially, the movie is fairly slowly paced. Not much drama. Not much action, but it’s all done with the focus on limiting the distractions from the outside, so that the characters are the driving force of the story. Just wait till later, because when the violence starts going, it’s brutal and barbaric. Chillingly depicted with ease and simplicity. This movie gets very dark as the Joker persona starts evolving.

I started this review by stating that Joker is one of the most polarizing and socially significant movie of the year. What stands out is the social commentary that Phillips, Phoenix and Silver touch upon. The issues of poverty, social injustice and mental health are just a few of the several themes this movie encompasses.

Fleck lives in poverty, trying to make ends meet with side jobs. He lives among the least fortunate, which includes mostly minorities. Phillips highlights the dark slums of Gotham as a place where it’s a daily struggle to survive. We never have gotten a chance to see this side of Gotham in any Batman themed movie.

The topic of mental illness is the unspoken backbone of the movie. There is a scene where Fleck goes to his therapist who informs him that the government is closing them down and he won’t be able to receive therapy or refills on his prescription medication. Fleck pleads to her that he needs his medication to function, but to no avail. This is one of the clear intentional depictions of the commentary on mental illness. Fleck is pleading to the world for help, but nobody is listening.

I wouldn’t necessarily recommend the film to everyone. It deals with some sensitive issues of the aforementioned topics. It is however a stunning character portrayal unlike any we have ever seen from a comic book character. Phoenix acting is borderline genius. The story is gripping. This is one of the most tantalizing movies of the past year.

Joker might be the most depressing movie you’ll want to watch over and over again. It will leave you both speechless and wanting to talk about it nonstop.

Next post ‘Blinded By The Light’ Blu-ray Release Date