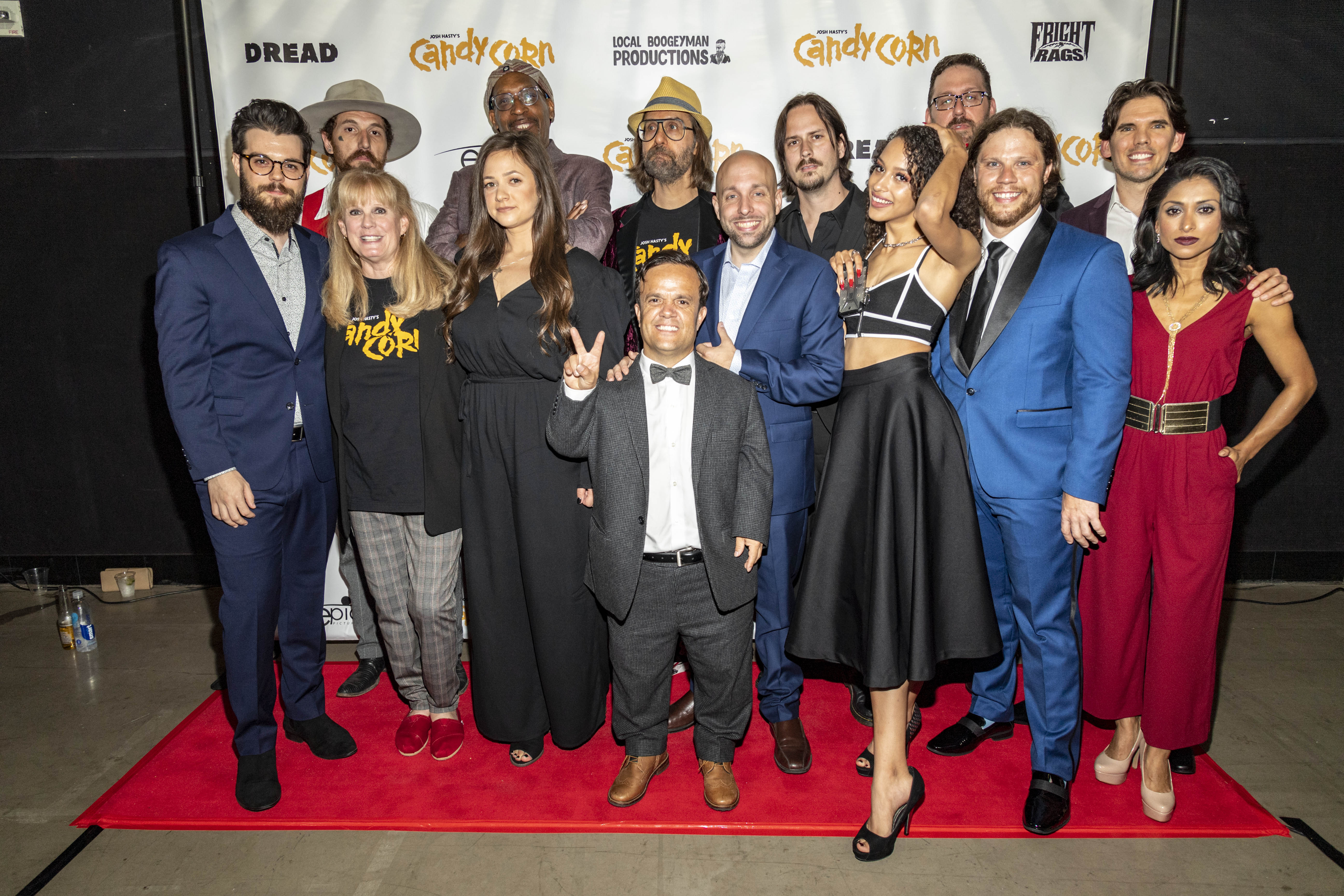 Tony Todd is part of a unique fraternity of horror icons that includes Kane Hodder, Robert Englund that have maintained their legendary status as horror villains. Todd can be seen in Josh Hasty’s Candy Corn (out now on Blu-ray & VOD). Recently, Candy Corn held it’s premiere in Los Angeles and Reel Talker’s Jim Alexander was on hand to talk to the cast.

I’ve been a longtime fan of Tony’s work. He’s played so many memorable characters in so many of my favorite movies. Tony couldn’t have been any kinder. What a fantastic individual. Very accomodating to my interview and cool. I really enjoyed talking to him and hearing about his favorite movies, vacation and being part of film horror legacy.

Pancho is a staple of Rob Zombie’s movies and he has a fairly distinguished career outside of working with Zombie. He’s the lead in Candy Corn and plays a really fun character. I liked his honesty in my conversation with him talking about the making of Candy Corn and the challenges he and Josh Hasty faced.

I certainly remember Sky in The Greasy Strangler, it was one of the more startling and compellingly gross movies I’ve seen haha. He’s a unique character actor. I like his characters. He’s a cool guy to talk to and has this calm energy about him that stands out.

Patrick seems like a nice down to earth kinda guy. We good Halloween candy chat. He got me to laugh when he was describing his character. I hope to see Patrick in more movies, he seems like a good character actor.

If you pick up the Blu-ray of Candy Corn, make sure to check out the special bonus content, especially the ONE PIECE AT A TIME feature. It really gives you a perspective on the process of putting this film together.