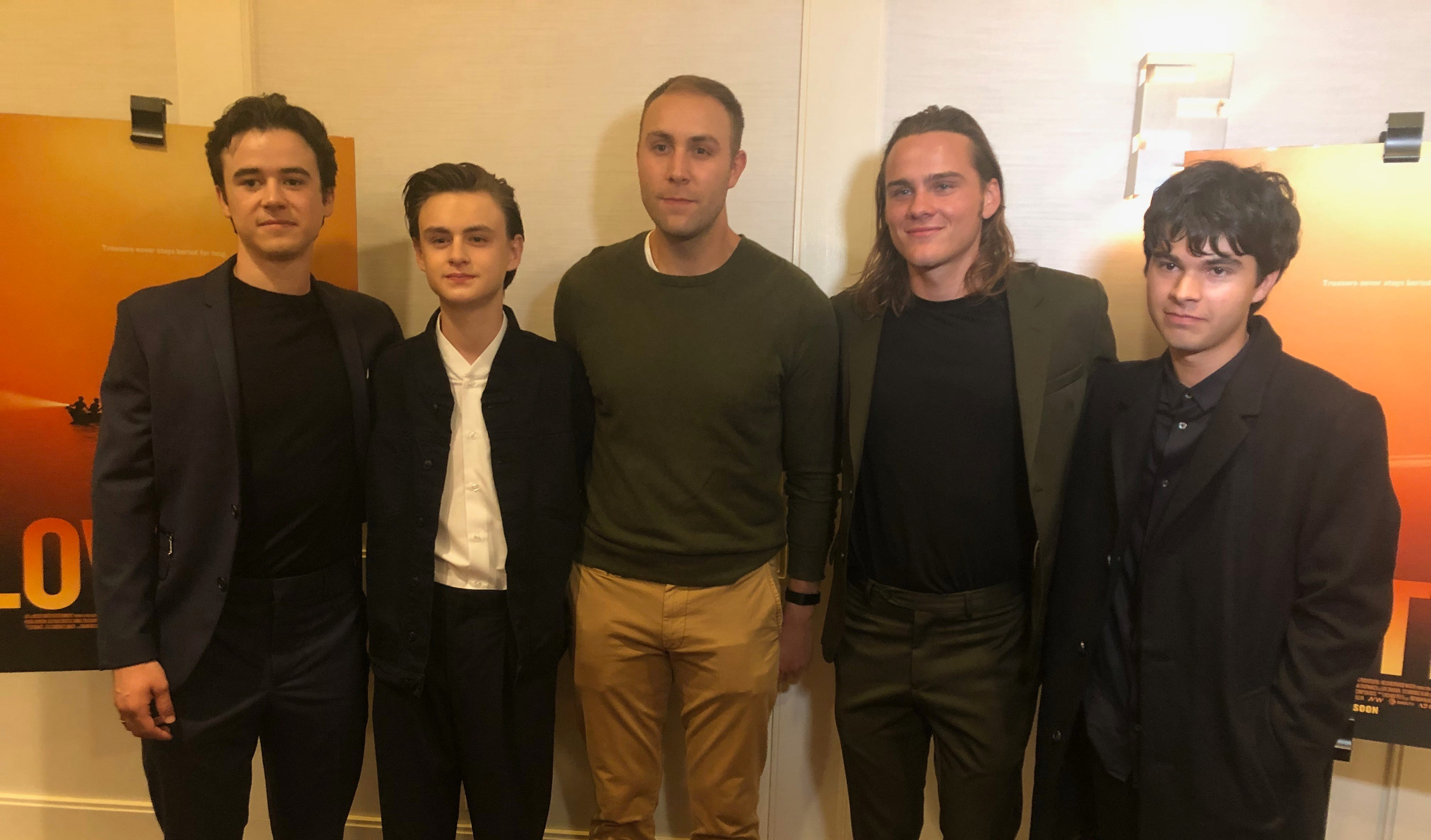 Low Tide is A24 upcoming dramatic thriller starring Hollywood’s top young talent, including Jaeden Martell (IT), Keean Johnson (Euphoria), Alex Neustaedter and Daniel Zolghadri. The film is written and directed by up-and-coming filmmaker Kevin McMullin. Recently Low Tide held their premiere in Los Angeles and Reel Talker’s Jim Alexander was on hand to speak to the cast and director.

Jaeden is such a well spoken and thoughtful young man. I was really impressed by his demeanor and how he carries himself. A true professional. He shared that jellyfish story, which I didn’t expect to hear. You wouldn’t even know he’s a star by the way he carries himself. He seems like a really down-to-earth and honest kid.

Keean is a very cool and smooth guy. He’s carries himself well beyond his years. Just very mature is what I took away immediately. Intelligent and well-spoken also. He’s also a very humble guy, for what he’s already accomplished. He’s gonna be a big star and his career is just getting started.

Alex is a lot of fun to talk to. We immediately bonded over football. He’s a Kansas City Chiefs fan, so he has a great team to root for these days. Alex is also humble and genuine. A regular kinda guy, which is a great compliment. Another young guy that has a quickly rising career ahead of him. The long hair isn’t going to be staying apparently, so that’s big news!

Daniel is on the shyer side. Cool kid. He has a cool on-screen presence. It shines through in this movie. Daniel revealed that he is attempting to move to New York, so that’s a big move and change.

It wasn’t hard to tell that this movie is a passion project that’s personal to Kevin. He incorporated a lot of his life experiences and cinematic favorites. This film is very well crafted, well acted and features a compelling plot. For his first feature film, Kevin does a fantastic job with Low Tide. Looking forward to seeing his future projects. He’s a talented writer and director.