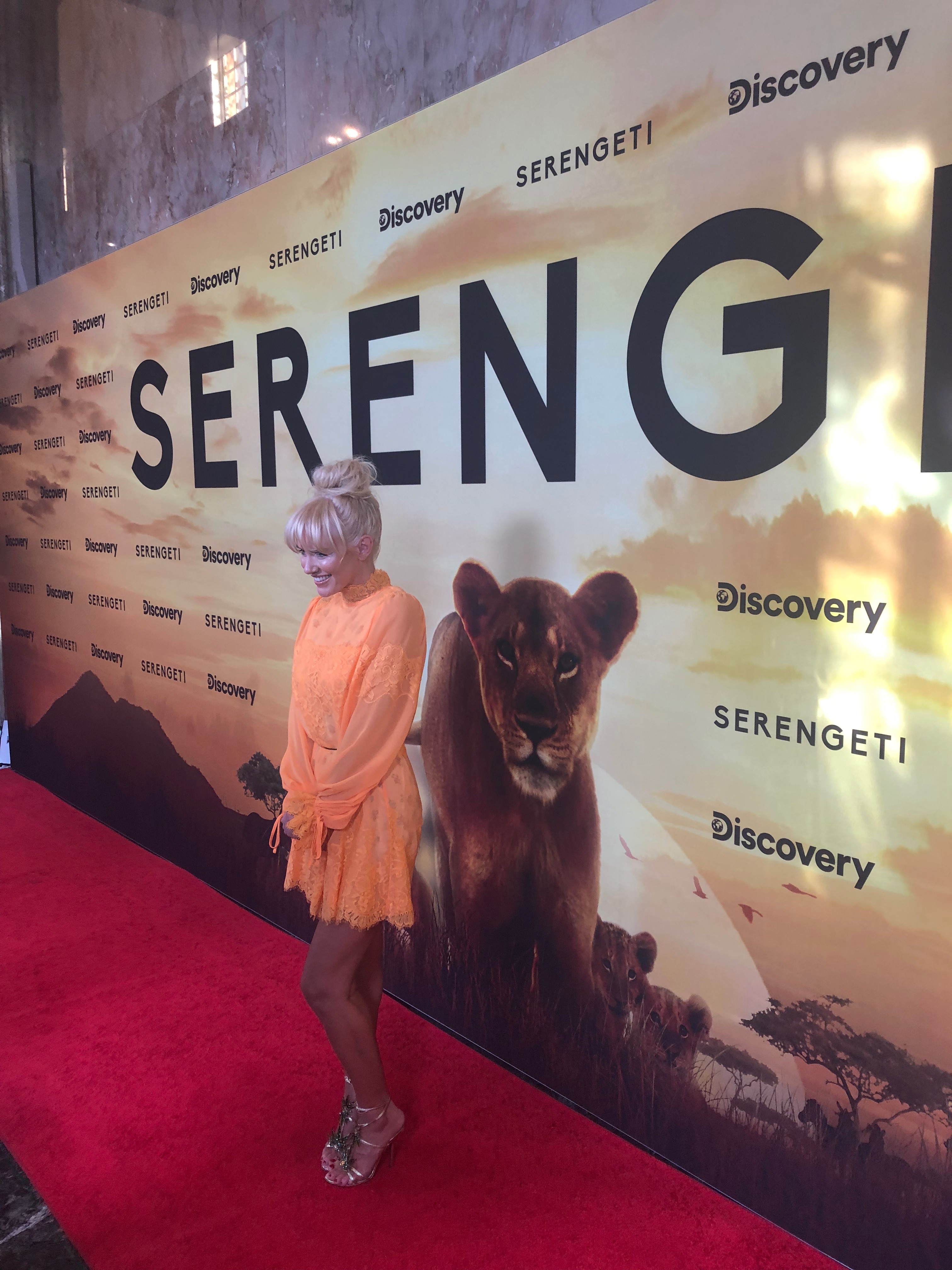 Discovery’s new wildlife docuseries Serengeti premieres on August 4th on Discovery. The premiere for ‘Serengeti’ was recently held in Los Angeles and celebrities came out in support of it. Lots of famous faces from entertainment walked the red carpet.

I spoke to many of them, including Rob Riggle and Corey Feldman. Find out what team Rob Riggle has Super Bowl aspirations for and what Corey Feldman thinks about being a teen star in today’s Hollywood.

What a fun premiere with a variety of celebrities. I am a big fan of Rob Riggle, so was excited to have a chance to speak to him about his appearance on Shark Week and we talked some NFL. Very fun and entertaining guy.

Corey Feldman has accomplished a lot in the industry. As a former teen idol, he’s done and seen a lot. It was cool to hear about his passion for animals and eating green and healthy. I liked his reaction and response to my question regarding how he would fare as a teen idol in today’s Hollywood.

John Downer had some interesting points to make about animals in the wildlife and what he learned about interacting with them through the making of this film.

Overall, it was a festive premiere with excited attendees. This will be a heck of a documentary, so make sure you check it out, especially all you animal lovers!