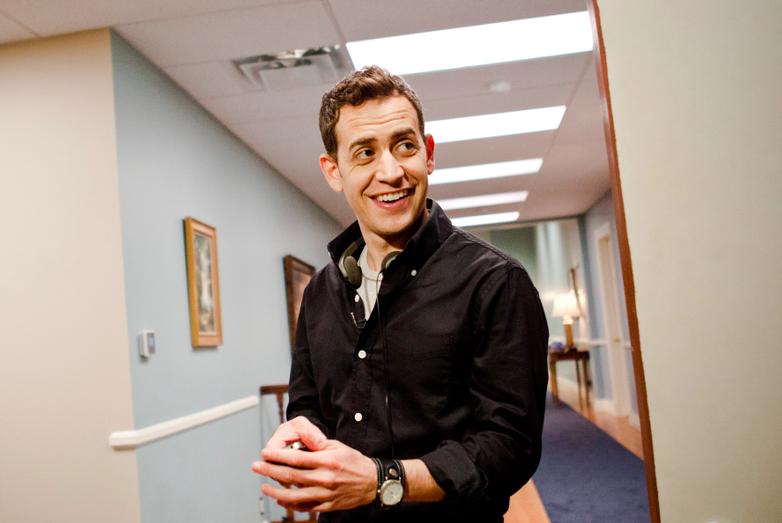 Jason Winer has directed some of your favorite films and television shows, so he’s been around the industry and seen the changes in the industry. Ode To Joy is his latest film, a romantic comedy about a man who suffers from a condition that affects his daily life and search for love. I spoke to Jason about the film and why romantic comedies seemed to fall out of favor with the public.

Fun interview with Jason. He’s directed many shows and films that have a romantic element at the core, so he would have a good idea about the genre. He made some interesting points as to why romantic comedies seemed to fade away in the last decade.

His main point was that they began to become stale and repetitive without having any realistic elements and stakes to them. Very good point. They always have been formulaic, but we are in an age of reality and people want more significant themes associated with their films.

Not all is bad in the world of movie romance though. Jason made a great point how through the streaming services we are now getting back to the middle pack of movies (non superhero ones) that are easier to put on a streaming platform. Romantic movies fall into this category and we are seeing more of them popping up on these platforms.

It was interesting hearing and learning from Jason about the condition that Martin Freeman’s character has in the movie. Definitely put a spit and unique context to the film. Ode to Joy has an old-school romantic flare with some more modern elements to it. I enjoyed the film.

ODE TO JOY releases in Theaters, Digital and On Demand on August 9, 2019