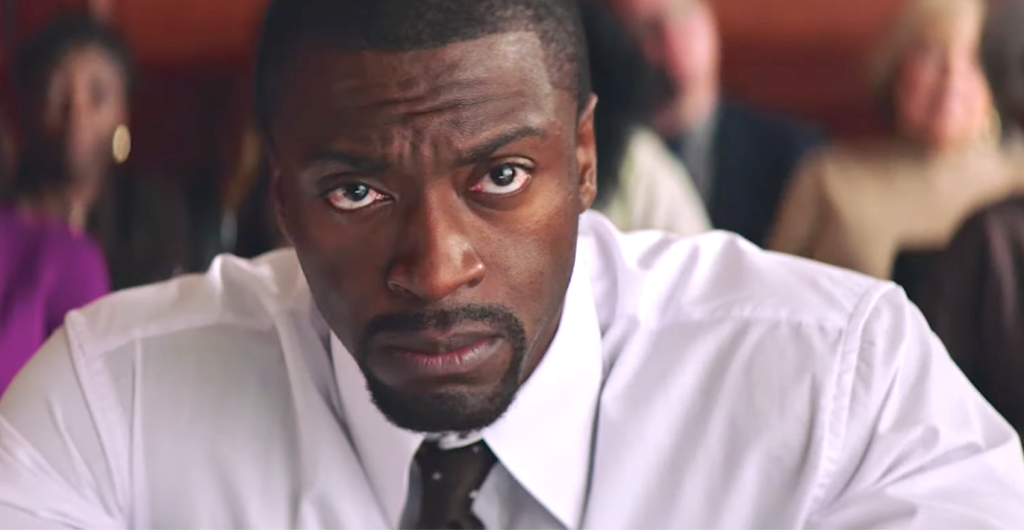 Brian Banks had lived through a nightmare that could easily make someone lose hope forever, but he persevered and made it through. Now we get to witness his story on-screen. So does the movie capture the rollercoaster of his life story and do it justice? Continue reading to find out.

Brian Banks is a true story of a man who was on the path of major sports success, only to have his dream shattered by being wrongfully accused of crime he never committed. Banks was a teenage football prodigy and was on the way to a scholarship at USC. An incident with a girl at school lead him to being wrongfully convicted and sent to prison.

Banks fought the hardships of prison to get out and restart his life. After leaving prison he attempts to clear his name and become an employed and functioning citizen. The story guides you through Bank’s struggles after prison and fight to regain what was taken away from him.

Aldis Hodge plays Banks and he brings all the necessary emotion and vulnerability to the role. Hodge looks the part also, looking physically fit to resemble an athlete of Banks caliber, even holding his own in the gym workout scenes. Hodge has plenty of charisma and charm and in his performance. Fantastic casting.

Greg Kinnear takes on the role of Bank’s lawyer, Justin Brooks. Kinnear does nice work in this role. He’s personable and direct, a likable character.

Sherri Shepherd is Bank’s mother Leomia. Shepherd highlights the importance that Leomia played in Brian’s life. I really appreciated how nurturing and supportive Shepherd portrayed Leomia, who was the only steady rock in Brian’s life.

The actors embodied these characters and brought a sense of honesty and authenticity to them. The acting was strong across from the leads to the supporting roles.

It can’t be easy to tell this whole story in roughly an hour and half of what Banks had to go through, but director Tom Shadyac manages it as well as he can. Shadyac made his name directing comedy classics such as Ace Ventura, The Nutty Professor and Liar Liar, so Brian Banks is a far removal in terms of genre from his previous work.

The story flows nicely, without any noticeable glares. We have multiple flashbacks as Banks recalls the story. The movie is set after Banks is out of prison. A significant portion details his struggle to find work and acceptance in the community, a significant detail that adds perspective to the story.

Would have liked more scenes with Hodge and Kinnear together, but it’s understandable why they are separated from the script perspective, since it gives more screen time for Banks to documented his daily struggles and fight for redemption.

The entertainment factor is present. I was thoroughly captivated and engaged in this story. I found it compelling and heartbreaking. If you give it a chance, this movie will connect with you on a deeper emotional level.

Banks’ story is one of hope and perseverance. It depicts a man who was dealt a bad and unfair hand in life, yet he fights with all his emotional and mental power to overcome. Sure, there aren’t any special effects or fancy CGI, just pure power of storytelling and inspiring characters.

You don’t need to be a football fan or athlete to relate to this film. It’s a story of humanity and inspiration. Bank’s story is a cautionary tale that in many cases perception is not reality. Hundreds of people get falsely accused and don’t get a just verdict. Bank’s story sheds light on the judicial system and laws that don’t equate to fair justice. It illustrates the real hardships of being a black man in America. There is a strong societal component that the movie shed’s light on, and that’s something we should all be aware of.

This movie genuinely moved me to tears, and I’m not one to share tears often. Even if you feel you know the ending to this story, it’s the journey that bares witnessing. There are plenty movies out this summer that have flashy components to them, but there is only one Brian Banks.

I guarantee it will make you feel real emotions of joy and sadness, while being inspired to do more in life. By the end I found myself applauding and crying at the same time. There is nothing out now in theaters that is as timely and socially relevant as this, so support it and check it out.