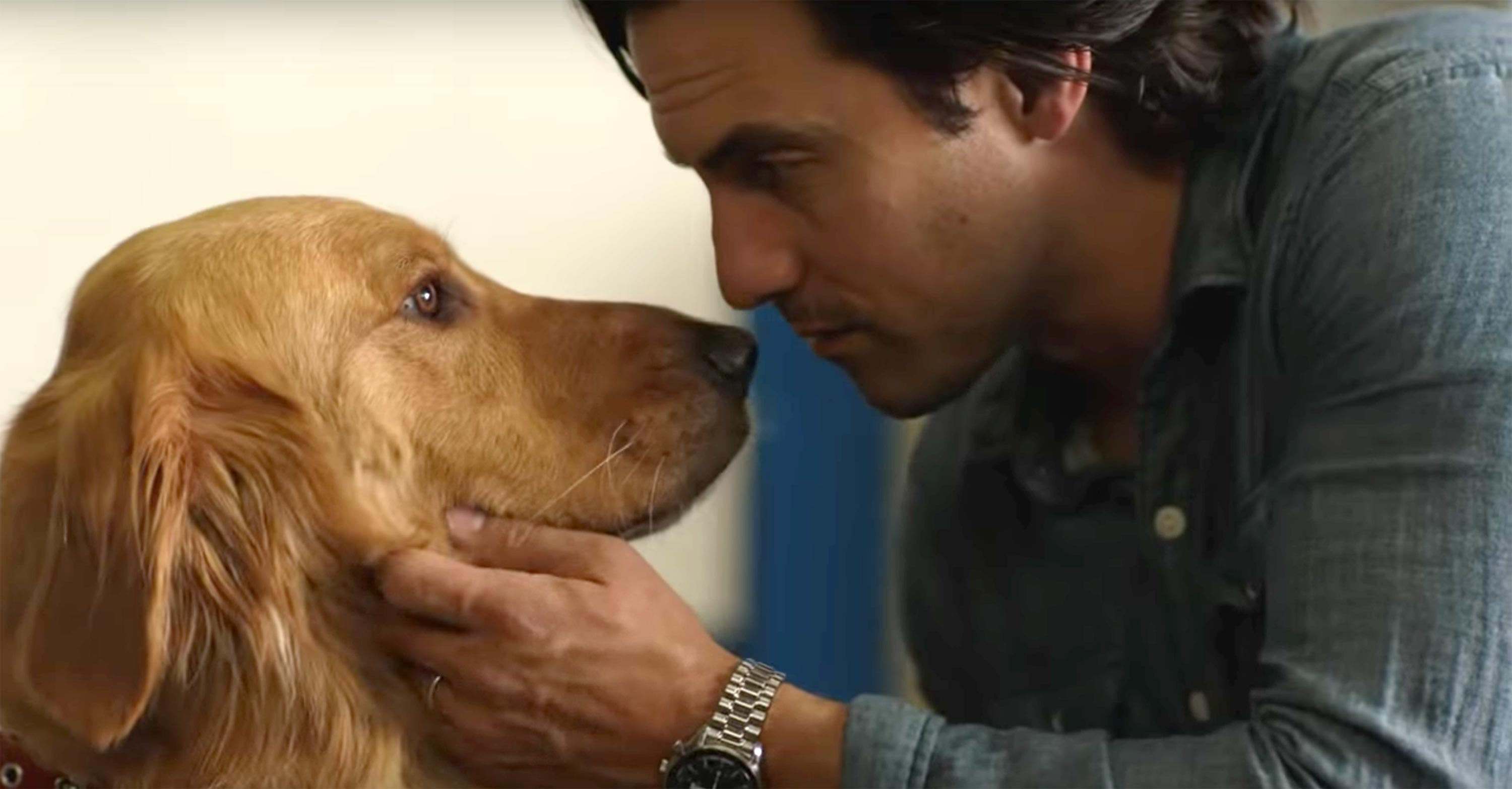 Dogs are a man’s best friend. Hollywood has always leaned on animals and especially dogs to attract audiences. In the last few years there has been another resurgence of dog themed movies. At first glance, The Art of Racing in the Rain seems like a dog movie, but it’s so much more than that. Does it deliver a compelling storyline and characters to go out and see it in theaters? Read further to find out.

At the forefront the story is of a dog and his owner and their journey through life together. Add a bunch of variables, including a new romance, Formula One racing and a child custody. They are all significant elements and plot points of the film.

Let’s start with the dog, who by all means is the lead in the movie. Kevin Costner voices Enzo and narrates the story from the dog’s perspective. Milo Ventimiglia is the dog owner, Denny Swift. Initially he’s a young race car driver.

The story evolves when Denny meets Eve (Amanda Seyfried). Boy meets girl, soon after they are living together and have a child, Zoe (Ryan Kiera Armstrong). Life happens to throw some twists and turns towards the Swift family, and inevitable hardships arise. Stating more would reveal some spoilers, so just expect some sad moments that will follow.

The dog is the star, so it must have been a priority to cast the right dog(s). Kevin Costner voice brings the life to the story. Since his narration is the vital component of the story being told, you needed to have someone with a familiar and friendly voice. Costner doesn’t come first to mind as someone with a universally recognizable acting voice. Think Morgan Freeman as the MVP of movie narrators. Uniquely, Costner adds a voice of wisdom to Enzo, makes Enzo sound like the wise and mature voice of reason.

Ventimiglia seems like a natural choice for the role of Denny. Ventimiglia has become synonymous with characters that embody heavy emotion (see: This Is Us). I feel he’s a very likable actor and someone you’d root for in any role. You can just picture him being both a family man, dog lover and even a race car driver, all in one, which is exactly what he is in this story.

Seyfried is a versatile actress, but a movie of this kind seems to be the genre she fits best into. Maybe it’s because of my impression of her in Dear John, but Seyfried has always been ideal in romantic and emotionally driven roles.

The actors were cast well for their roles and the film. The Ventimiglia and Seyfried pairing works and they have nice chemistry together, which is important to the story to hold the truth of it.

Goodbye Christopher Robin’s Simon Curtis directs the screenplay written by Mark Bomback, based on the novel by Garth Stein. Curtis and Bomback have an already established and successful story to work with here. What they do a nice job with is combining all the elements and plot points that make up the story and giving each one a purpose.

The only aspect I felt that was rushed was how they fast tracked the romance between Denny and Eve. They meet at a grocery story and a couple scenes later they are married and having a child. A little more of a build and development would have helped, but ultimately I do understand why they chose this as the point of moving forward, due to what happens further in the story.

The story is a tough story to bring from book to screen. Much easier told in the book, due to the progression of several emotionally heavy plot points and giving them the ample time. I did feel satisfied with how it all shapes up and forms in the movie.

I found The Art of Racing in the Rain to be a very engaging movie. It’s one of those stories that is certain to suck you into it, as I’d imagine it would be difficult to put down the book version. There are so many things happening story wise that mimic real life. The story felt personal. I wouldn’t say the heavy emotional parts are “entertaining”, because how can they be when you’re reaching for tissues, but they are compelling.

There is a racing component to the film. I enjoyed those scenes. Felt they gave a nice view of the tracks and car races, fitting it into the story seamlessly. It helped put in perspective the adoration Denny had for racing and the bond that Enzo and him formed through it. The car drives with Enzo and Denny with Costner’s narration is memorable and a visual trademark.

How can you not be entertained by a wise dog that tells his and his owners life story through his eyes? It worked for me. I may be biased, but I love romantic movies a.k.a any Nicholas Sparks production. In recent years the W. Bruce Cameron and Cathryn Michon dog themed movies (A Dog’s Purpose, A Dog’s Way Home), have been successes. Combine a Sparks movie with a Cameron and Michon script and you have the best of both worlds in The Art of Racing in the Rain. I’m a fan of that.

If you’re a fan of emotionally stimulating stories that will have you filled with tears and smiles, this is a movie for you. Hard to say no to a cute dog also. This film has a lot of heart and genuine emotion. The characters were ones you can relate with and understand. It’s a story about life more than anything. The ups and downs of it. The hope to keep going when life becomes unfair and unbearable. It’s about the bond that we have with animals and their exceptional emotional capabilities. It’s about family and love. The pursuit of your passions. There are a ton of takeaways from this story.

I found myself drowning in tears long after the end credits stopped rolling, sitting alone in the emptied theater, reflecting on my own personal life journey. This movie meant something to me, as I’m sure it can for many others. In times of negativity in politics and society, it’s really nice to see something that will elicit real emotion and feelings.

The Art of Racing in the Rain won’t deliver any sort of cinematic wonders, but what it will do is make you proud that movies like this are still relevant and can evoke powerful messages and emotions. It’s one of the most satisfying movies of the year.