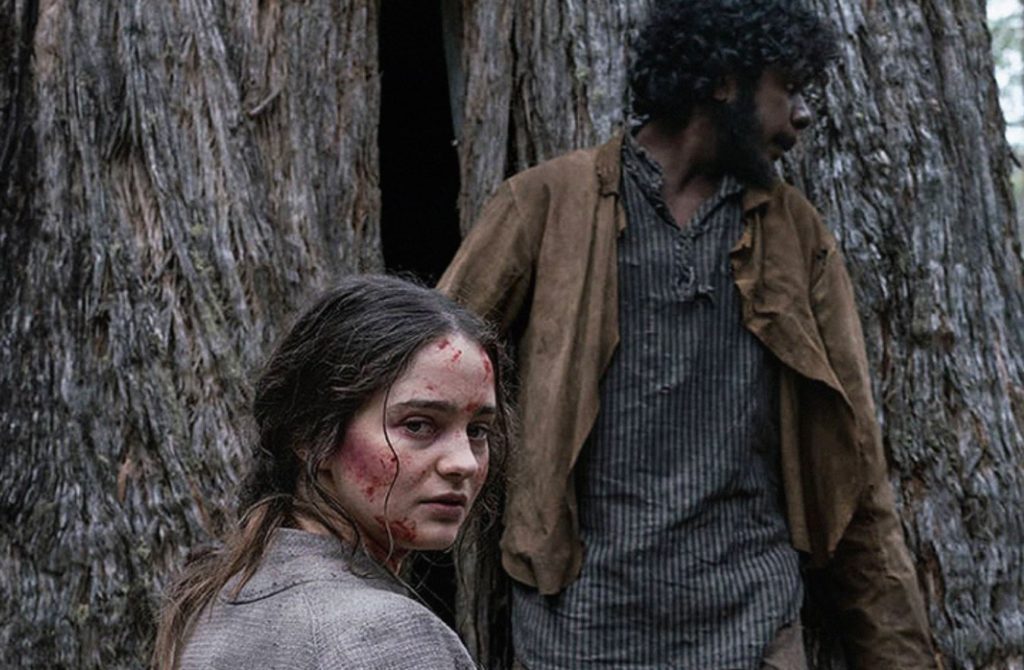 Jennifer Kent’s The Nightingale tells the harrowing story of a grief stricken young woman and her revenge against the British officer who tuned her world upside down.

Recently I had a chance to sit down with the stars of the film, Aisling Franciosi and Baykali Ganambarr, on their LA press tour, to speak about their experiences working together and on the film.

It was a pleasure to speak to Aisling and Baykali. They were both pleasant and thoughtful with their answers. I was surprised to hear this was Baykali’s first trip to America, actually his first day visiting on the day of the interview. Even more surprising was how this was his first film role. You’d never notice this when you watch him in the film.

Aisling delivers so much raw emotion playing Clare. She’s phenomenal. I found her to be very kind and soft-spoken, very different from her character in the movie.

My favorite part of the interview was asking them about the favorite thing about each other. It was a special moment to hear them share their appreciation for each other and what they learned about about another through working on this film. It was real genuine.

The movie is gripping and intense. The performances are phenomenal. You can’t tell me that Aisling isn’t on her way to being a household name. Anyone who can deliver such raw and authentic emotions and command the screen is someone that should be featured in major roles.

I hope this is just the start of Baykali’s promising acting career. He has this powerful presence about him on-screen that you can’t help but watch. On a side note, Sam Claflin’s character will shock you. Definitely one of his most polarizing roles to date. This is a heck of a movie on all accounts from performance to storytelling, so I’d highly recommend it.

‘THE NIGHTINGALE’ is out in Theaters in New York and Los Angeles on August 2, with a wider release to follow