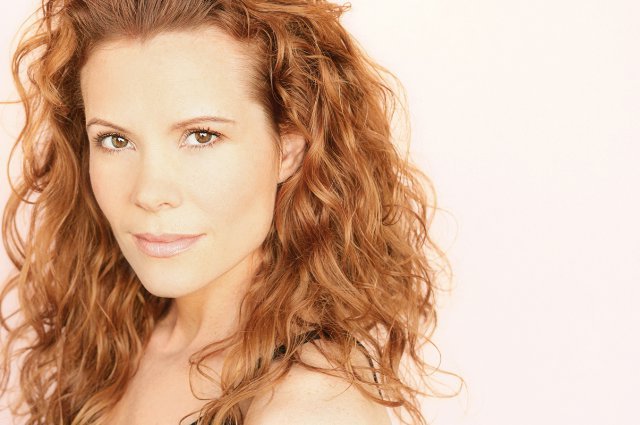 Robyn Lively has pretty much done it all now, when it comes to acting. After starting out in showbiz as a child actor, she’s finally starred in a horror series. She hails from the famed Lively family, might have heard of her younger sister Blake. Robyn spoke to me about her role in the Hulu’s Into The Dark series “They Come Knocking”. She also talks about Blake’s breakout into a star and workin on Karate Kid, plus more.

What a pleasure it was to speak to Robyn. She’s really one of the sweetest people I have interviewed. I was so kind, pleasant and thoughtful. It was a real delight to speak to her.

When I say Robyn has pretty much done it all, she really has. She’s had a long and distinguished career in Hollywood. You look at her credits and she’s pretty much worked with some of the best in the industry. From teen idols to major movie stars.

Since she started young in the industry, and she shared a great story about working with her dad, I wanted to ask her about her impressions of her co-star Josephine Langford. I’m a huge fan of Josephine. Check her out in After. Robyn had a lot of praise for her cast and Josephie and shared how she’s so humble and professional and doesn’t even realize her beauty. Hearing that from someone like Robyn holds a lot of substance.

I’m glad I had a chance to ask her about her experience working on Karate Kid. I loved her honesty when she said she still loved the first Karate Kid the most, even though she was in the third film. I certainly hope she will be part of the Cobra Kai series.

I appreciated her sharing her thoughts on her family and bringing up how shy Blake was. Who would have known? Blake turned out to be a major star. Cool story though.

I was really impressed with Robyn. Just a gracious and interesting individual, with a lot of great thoughts she was able to convey. I hope I get to speak to her again and looking forward to seeing her in more projects. Cobra Kai, make it happen.

Next post Enter to Win a Blu-ray Copy of ‘Us’