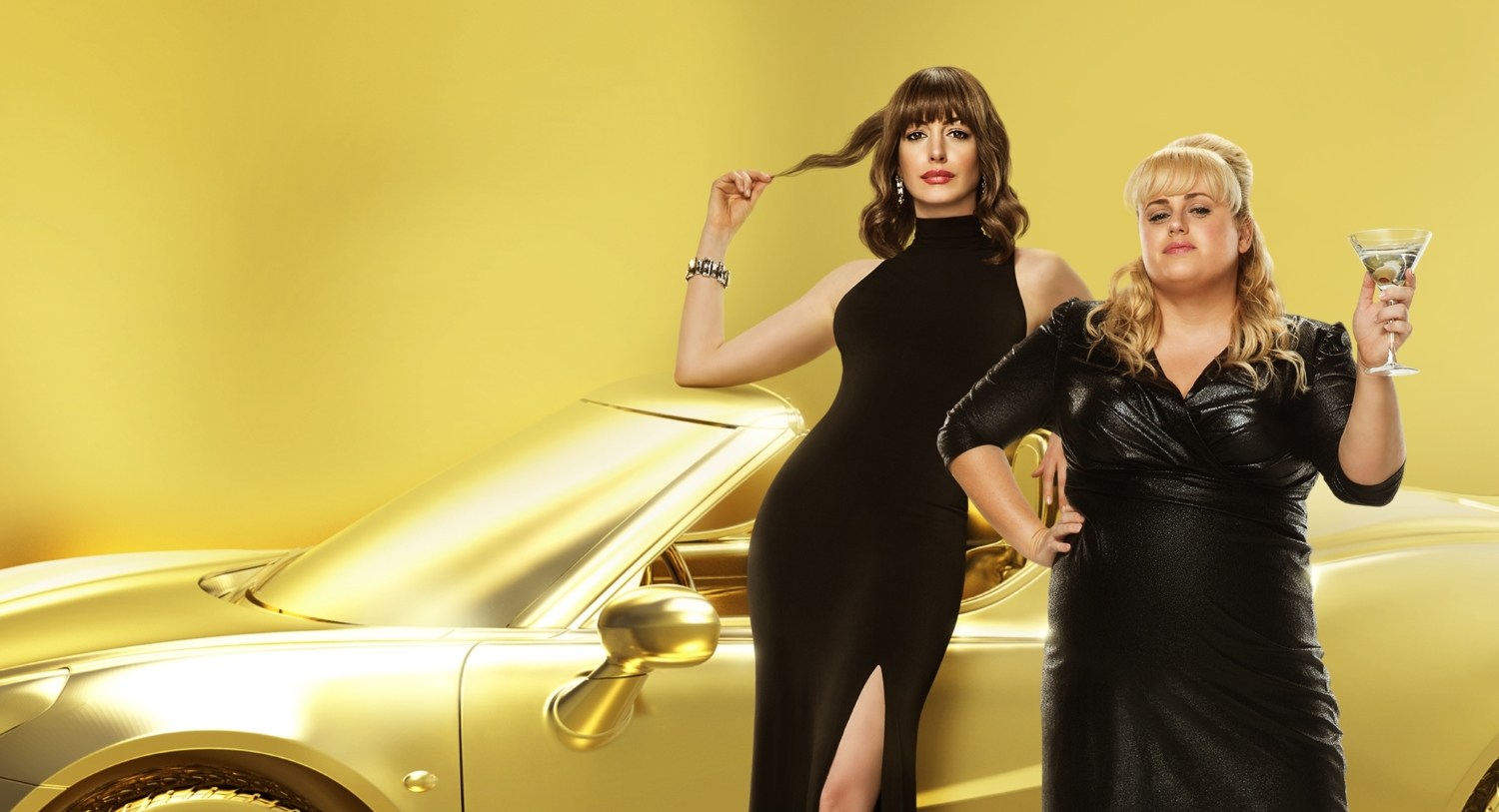 Anne Hathaway and Rebel Wilson teaming up in a comedy? Sign me up. But the result we get is The Hustle. A comedy that tries too hard with its overbearing slapstick humor and a storyline with holes deep enough to fall into. Is the effort by Hathaway and Wilson enough to get you to see it? Find out below.

Think modern version of Dirty Rotten Scoundrels, but with Hathaway and Wilson replacing Michael Caine and Steve Martin. Hathaway plays Josephine Chesterfield, a con woman with an expensive taste, while Wilson plays Penny Rust, a con woman who will take anything she can get.

Wilson is her usual comedic goofy self on-screen, but the slapstick cheap jokes are over-the-top and make her character appear like a caricature. Hathaway tries to get her posh character over by using a bad English accent that doesn’t work in her favor. Once again, a lot more about the lack of a sensible script than the performances.

This is where the problem lies. The script isn’t clever or engaging. The characters aren’t very likeable. Why should we root for these con women? What redeeming qualities do they have? Hard to connect when the characters aren’t written for you to care for them.

The scenery is actually pretty good. The movie locations fit the characters. At least the exotic views and locales make it believable that the characters would operate in this setting.

The story has some unexpected twists, especially the main one at the end. It’s alright. I’ll give them credit for not making the final reveal obvious. So if you stick around to the end, it gets better in the final act, but the story can easily lose you before that point.

The names on the marquee will get you interested in giving this film a shot. There are some funny moments that should elicit a chuckle at worst, but the problem is in developing of the jokes. Unfortunately they are thrown into the story as if they were on an assembly line, one after another, without caring if they hit the mark.

While there are a few entertaining jokes and interactions between the leads, the story falls far short of keeping you entertained throughout. Don’t expect anything special or hilarious. You will be disappointed.

The mere pairing of Hathaway and Wilson should be worth a shot, but this movie isn’t that no-brainer pick. Some fun comedic moments sprinkled throughout, but not enough to warrant a significant investment in the story.

The Hustle can be okay for date night and a night out with your friends, since you’ll be fine talking over it. The story could have had more potential for legitimate comedy, especially with the likes of Wilson and Hathaway being involved. Don’t let this movie hustle you out of your hard earned money, unless you allow it to.