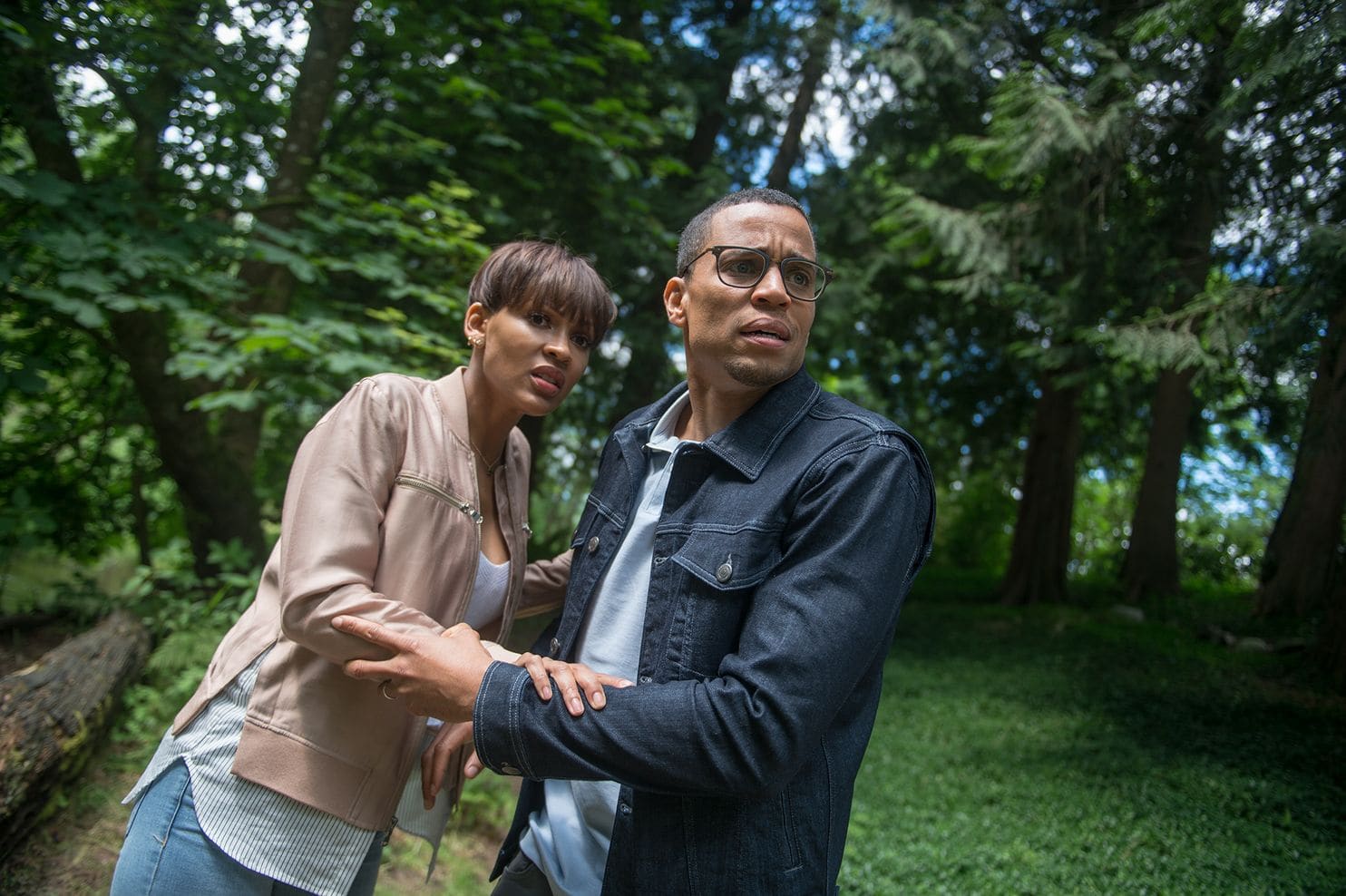 How many times we have seen a stalker movie? A ton. Some are better than others. In the case of The Intruder it’s definitely the latter. Let me spell it out, it goes something like R-U-N. Here is why you should save some time and money.

Imagine being successful, married to the love of your life and you just purchase a brand new home. That life sounds good, unless you buy the home from a psycho that’s played by Dennis Quaid. This is the situation that Meagan Good and Michael Ealy’s characters find themselves in The Intruder.

Good and Ealy play Annie and Scott Russell, a seemingly normal married couple that plans to move away from the city so that they can start a family. Problems arise when the previous homeowner, Charlie Peck (Quaid), doesn’t want them to move in. A series of awkward ditzy encounters keep the story afloat and give Peck multiple opportunities to display his stalker qualities.

Annie just can’t tell good ol’ Charlie to LEAVE! There is naive and then there is dumb. For the sake of this film, the latter is what Good’s character exhibits for most of the movie. Charlie just won’t leave them alone. From putting up their Christmas lights to cutting the grass, he’s the ultimate free handyman that reeks of creepiness from the start.

Well, to say it respectfully, awful for the skills each of them has. Quaid is a really good veteran actor. Ironically he has another film that will be out in theaters shortly, A Dogs Journey, which represents him a lot kinder fashion. Quaid should have enlisted the dog’s help to journey him out of this film. His facial expression are straight up goofy looking. He looks more constipated than psychotic. A classic case of overacting. Quaid is better than that.

Good and Ealy are good actors (no pun intended) that do the best with what the script offers them, which is very little. Good’s character is overly sweet, while Ealy’s is a bit timid and angsty. The script doesn’t allow them to have the look and feel of a happy in love couple that they are trying to portray.

Not quite. The poor script doesn’t give the film credence to survive, aside from a few stretches where there is some intrigue and tension. It spirals out-of-control on several occasions making it so outrageous that it actually becomes intriguing due to the sheer ridiculous nature.

Quaid’s character is always around the house for days and seemingly weeks after he sells it. He embarks on the property as if he still owns it, with little to no resistance from the current homeowners. This just wouldn’t be feasible in any way in the real world. There is no shortage of some bad horror homage. For example, Quaid’s character tears through the door and peeks his head out of it ala Jack Nicholson in The Shining. It’s easy to spot these references. Easter eggs are usually cool, but not in this production.

The limited intrigue of the film lies in Peck’s backstory. Why does he value this home so much? Sort of never get the real answer, but we eventually get enough intel to mold an answer together.

There is a decent twist towards the end of the film. Most might pick up on this twist prior to the reveal, or not find themselves stunned by the reveal, but at least it’s something. If the twist instills a brief element of surprise and hope for salvage, then the final scene of the movie makes sure that the hope is extinguished by its overly cliche and corny ending.

I’m disappointed in telling you firmly to pass on this film. The reason for disappointment is due to the fact that this film has some solid and interesting actors, plus a director in Deon Taylor that I’m a fan of. Taylor has dome some nice work previously, such as last year’s smart thriller, Traffik.

If you find yourself bored, are really into the horror genre and don’t mind some senseless action then check it out when it comes out on digital or Blu-ray, where it will cost you far less than splurging on a movie ticket. It’s not the worst movie of its kind, but it’s not a good one. It has some entertaining moments. I found it to be more funny than scary, which at least proves to have some appeal in that. The Intruder will convince you to rent, not buy it.