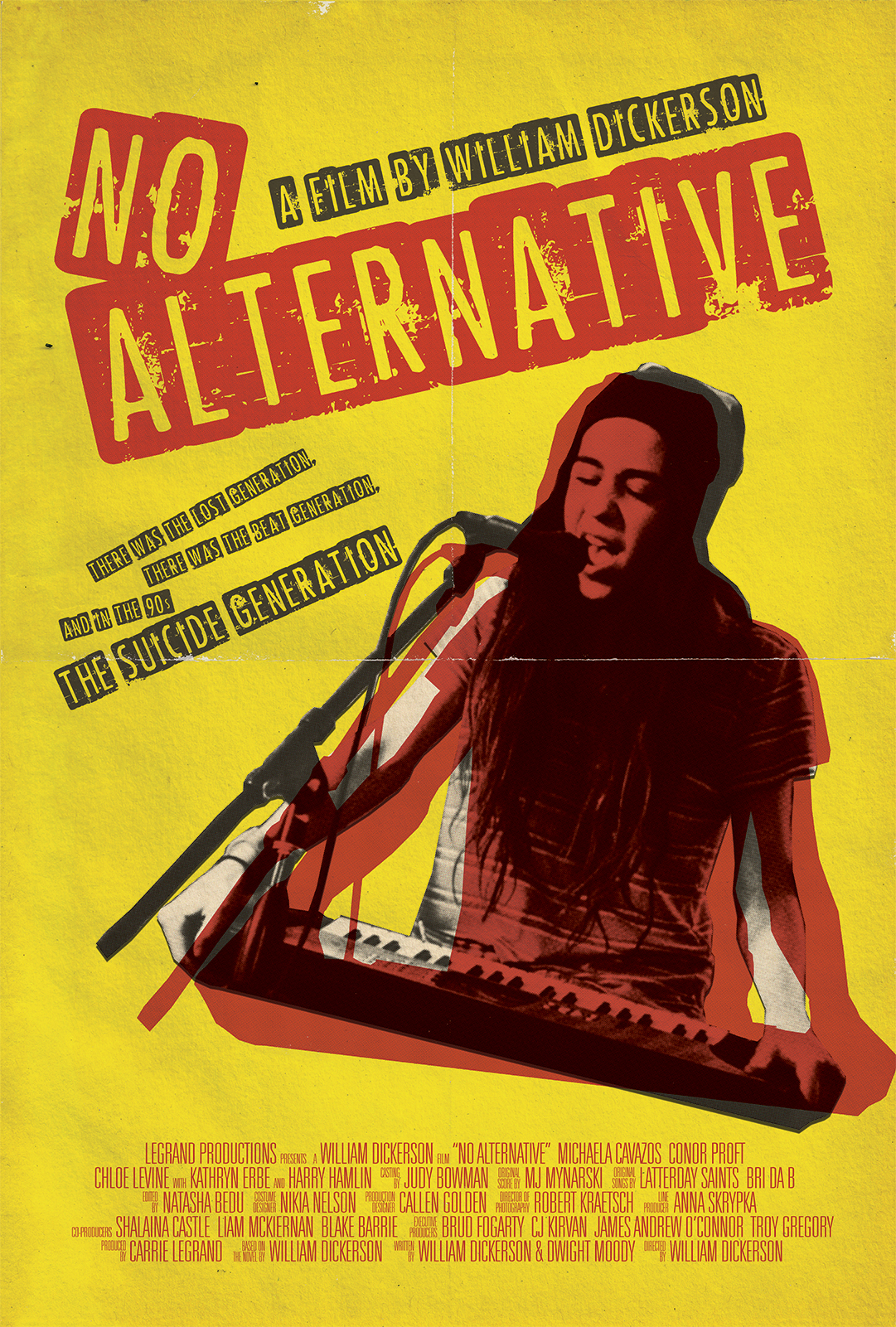 Some movies are just more personal than others, William Dickerson’s No Alternative is as personal as it gets. Dickerson takes us back to the early 90’ when grunge music was peaking and teen spirit was making a mark. Find out why No Alternative is a movie made for this and the past decades.

Dickerson plucks out the narrative out of his personal life experience that’s as heartbreaking as it is spirited. This is a genuine coming-of-age drama that lights up the grunge-era of music created in garages of their family homes. It’s where the legends like Kurt Cobain and Chris Cornell emerged. No Alternative is based on Dickerson’s 2012 autobiography of the same name.

In this story, Thomas (Conor Proft) and Bridget (Michaela Cavazos) Harrison are siblings in a similar age range, but a whole world of different interests and life experiences. Thomas is obsessed with starting an alternative band, while Bridget hates her brothers music and the music that defines this era. Bridget is also struggling with mental illness and drug addiction.

Through Bridget’s newfound connection to gangsta rap, she embarks on her own musical expression to rebel against her family and society. The film navigates through  the eyes of Bridget and Thomas, while portraying life experiences infused through music and teenage experiences.

This is Cavazos’ movie in many ways. First and foremost, she’s portraying Dickerson’s real life sister Briana. Cavazos plays a character going through daily struggles with mental illness, while turning to drugs to suppress her feelings. On the outside she’s dealing with peer pressures of fitting. Cavazos has a lot to handle and delivers on all fronts with an emotionally intense performance. Plus, her rapper persona “Bri Da B” is pretty out there and outspoken.

I found Conor Proft’s character Thomas to be fairly relatable. He’s a teenager that is facing many decisions in his life in terms of dating, school and friendships, while trying to maintain family expectations. He learns things the hard way though. I saw some of teenage self in Thomas.

The parents are played by Harry Hamlin and Kathryn Erbe. Their performances are fine, but their characters seem very out-of-touch, therefore not very appealing. The father is a local respected judge, who seems a lot more occupied in his work than family matters. The mother seems either oblivious or not fully invested in her children’s lives.

HOW DOES IT SOUND AND LOOK:

The look and sound are important elements in making this movie feel the time period. The music is the key and the soundtrack features artists including Latterday Saints, Mudhoney, Lisa Loeb, The Porky Guys, Superdrag, Los Flying Jets and more. Point being, the music is right on track with what you’d expect in the grunge era.

At times I wasn’t sure what decade and time period this film was taking place in, had it not been for the music I would have been even more skeptical. Dickerson doesn’t deviate from continuity, but the general look of the characters appearances didn’t strike me immediately as early to mid 90s.

I did find this film entertaining. The music along with the teenage experience are the elements of the film that will make you reminisce to the times of being a teen and the experiences that come with it. There are many movies out there that lay claim to being coming-of-age, but they fail to depict an actual adolescent experience that is relatable and honestly portrayed, which this film achieves in doing.

Suicide is a theme that Dickerson doesn’t shy away from. In many ways this is a film is narrative about suicide prevention. There is a powerful and shocking twist towards the end of the film that shook me. It deviates from the expected outcome. This isn’t a cookie-cutter teen melodrama, it’s deep and dark, but maintains a spirited energy and humor. I admired the ambition of No Alternative. It’s bold.

No Alternative is a trip down memory lane. If you grew up in the 90’s this movie will speak to you. The message Dickerson attempts to convey has real meaning. Suicide, mental illness, drug addiction are very real problems in society relevant now more than ever, this movie touches on it in the times when it wasn’t a mainstream conversation.

A throwback that feels modern and relatable. The fun of being a teenager comes with a lot of pressure and this movie reminds us of that. Dickerson’s personal narrative carries over to many people out there, with a chance to make an impact.