Miracles are real. If you need any evidence of them, look no further than Breakthrough. This inspirational film based on a true story will touch you emotionally. Faith, family, friendship and religion are themes that carry this amazing story from real life to the screen. So should you see it? Here is a deeper look into it.

The story is about a 14-year-old boy named John Smith (Marcel Ruiz) who drowns in a local lake. His adopted parents are people of deep faith, especially his mother Joyce (Chrissy Metz). With the power of prayer by her side, Joyce refuses to give up on her dying son, while the community comes together in support.

The film guides you on a roller-coaster of emotions, as we wait anxiously to see John’s prognosis. There are several aspects to that provide multiple perspectives. The mother’s faith throughout this unimaginable time in the family’s life, the first responders and medical providers, and the friends and locals who are there to help.

Having multiple points-of-view on this story gives the viewer an opportunity to see and feel how people were impacted by this accident.

This is a challenging film for the actors involved, due to the responsibility associated with honoring the real people involved. Chrissy Metz delves in deep to deliver an emotionally powerful performance. She’s the rock of the film. There is a lot for Metz to navigate through in this role, as she needs to deal with the bleak reality of her son’s condition, while maintaining her strong faith and serving as an anchor to those closest to her during a difficult time. 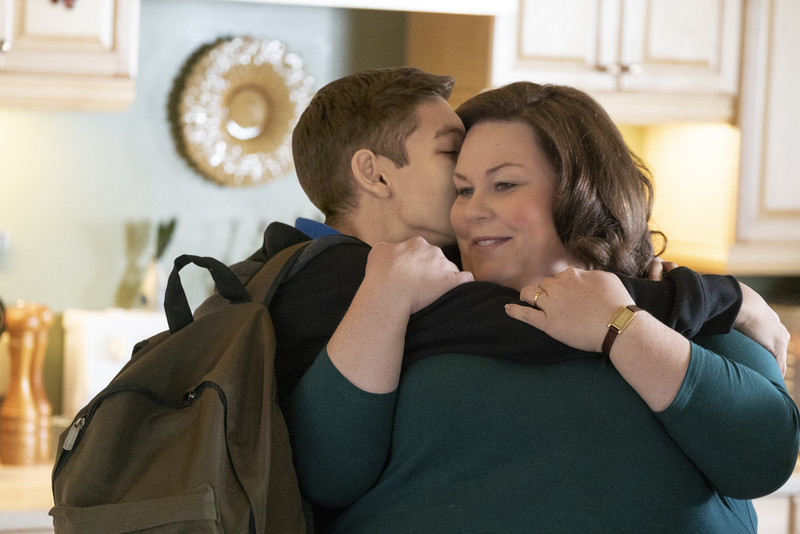 If Metz is the rock of the film, then Topher Grace is the one that will surprise you the most. Grace has had a tremendous career, but this is a unique mature role that lets him also showcase his playful goofy side, while maintaining a strong supporting presence. Who would have thought he’d be perfect candidate to play a Pastor? Grace displays a nurturing side of him that hasn’t been utilized in his previous roles.

Josh Lucas plays Brian Smith, the husband and father to John. Lucas is the calming force in a tumultuous time. Great work by Lucas of keeping things simple. Marcel Ruiz is just as you’d imagine a 14-year-old teenager to act like, on and off screen. Good casting all around.

A story like this doesn’t have the mission of entertaining. Sure, it’s important that it’s compelling and keeps your attention, but it is plenty compelling in its own right. It’s not the most exciting movie, but it’s a meaningful one. There are a few scenes that feel a little repetitive and disjointed. Some may be turned off by the religious aspect, which is a personal decision on an individual basis. Faith based movies certainly have a place and audience. Even newcomers to the genre will get a nice introduction with Breakthrough.

The humanity and the fact it’s a true story really sells itself. As far as the spiritual aspect goes, it’s not preachy, but it’s rather inclusive. What I mean by that is that it focuses on depicting the Smith’s strong faith and their relationships with the church and community. There is a message that can be relayed through that bond that applies to everyone is some way.

On a side note, if you ever wondered what NBA superstar Steph Curry does away from the court, well he executive produces films like Breakthrough. Fact.

There really aren’t many roadblocks that would represent reasons why not to see this. It’s a family film with a lot of heart and faith at the core of it. In times of negativity and unrest around the country, heck, around the world, this is the kind of movie that will make you appreciate the important things in life. Be inspired through your own faith and beliefs, know that even the impossible is possible, as evidenced in this story.

Breakthrough is a the real-life miracle that will certainly move you emotionally. I couldn’t help fighting back tears. When a movie can make you feel real raw emotions and stay with you after it ends, then you have an impactful story on hand. There is something to be appreciated and applauded about a movie that doesn’t need to revert to foul language, sex or violence in order to get the viewers attention. Breakthrough will breakthrough the toughest of exteriors, if you just give it a rightful chance.