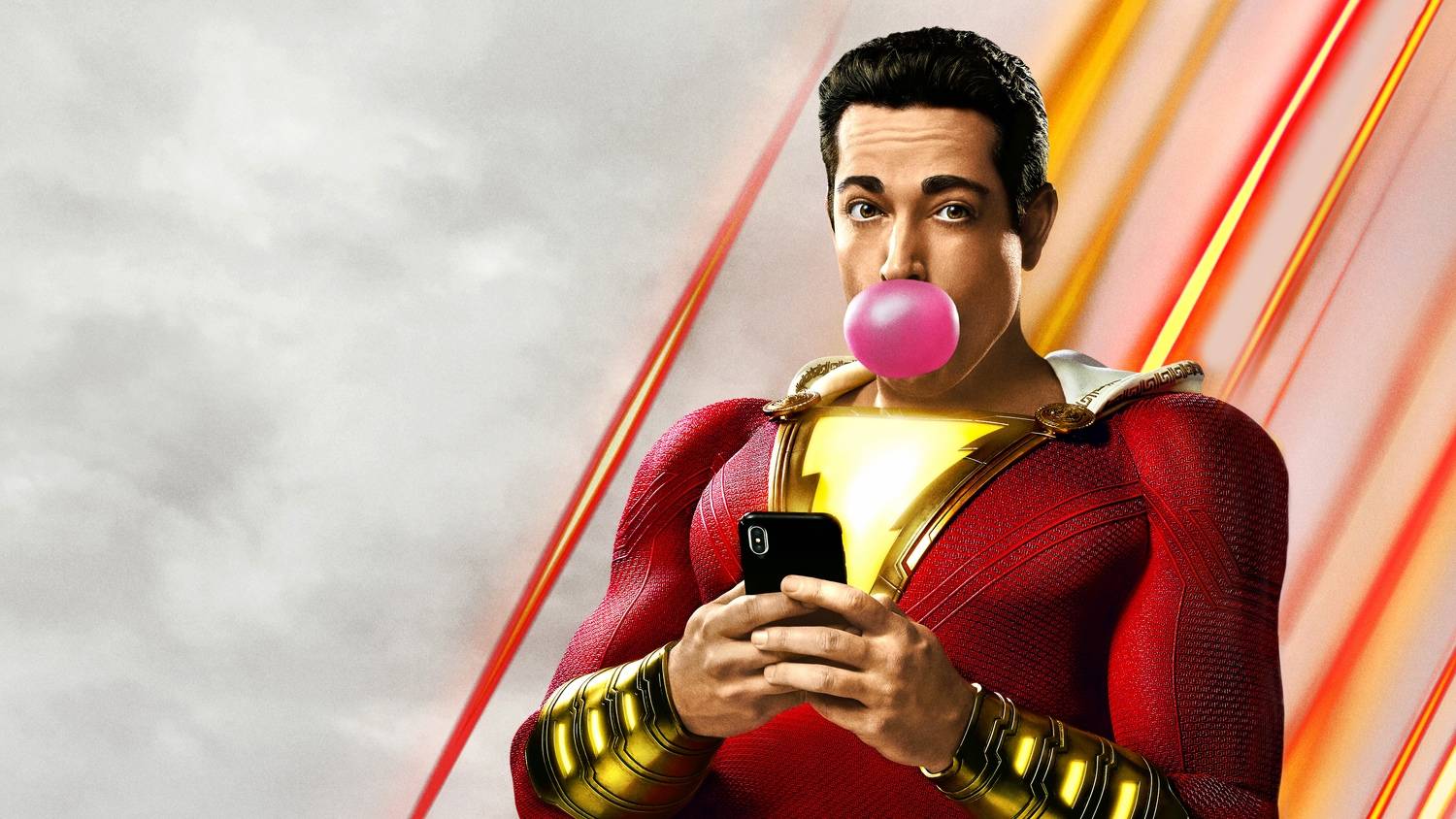 You know that ol’ Philly story of an ordinary fighter overcoming odds to reach the mountain top, aka those famous steps in Philadelphia. Well, this isn’t that Philadelphia story. This story is of an orphan boy who becomes a superhero. No, really. This is Shazam! Does the latest DC flick have what it takes to become a fan favorite? Find out below.

It’s a classic story of a boy who searches for his birth mother, but ends up finding super powers instead. Ok, so not that common after all. With these powers comes responsibility, or lack-there-of in this case, plus a potent villain.

Asher Anger is Billy Batson, the newly adopted boy, who becomes superhero Shazam. The grown looking Billy aka Shazam is played by Zachary Levi. Billy and Shazam’s adventures always seem to include his best buddy Freddy Freeman (not the Atlanta Braves star player) played by Jack Dylan Grazer. It’s all fun and superhero games until the villainous Dr. Sivana (Mark Strong) ruins the fun and attempts to take away Shazam’s powers.

I really enjoyed this script and story of this film. It sets-up nicely from the start. You get to know Batson and his struggle to find his identity and place in the world. He’s a misunderstood kid, but still a sympathetic character. The point being that the introduction of Batson is properly established before we get to know Shazam.

The story takes place in Philadelphia, with mirroring aspects of Rocky. It definitely has a bit of a Rocky underdog feel. At the core it’s a story of friendship and self-discovery. Dare I say a superhero themed coming-of-age movie? It actually works in that aspect.

Not to give away any spoilers, but they missed an opportunity to prominently include the other orphan kids that live with Billy. They peek in and out throughout the film, but you never get any sense of who they individually are. Towards the end of the film they reappear, but once again their characters aren’t defined and you kinda overlook them around Shazam.

There are some genuine moments of joy and heartbreak. Imagine yourself as a teen and all the things you wanted to do but couldn’t. The characters relay those fantasies in this movie. One of the more memorable scenes being a “cola and chips” run to the liquor store. It’s one of the more memorable and entertaining scenes in the entire movie. Mind you, in a movie that has many great scenes.

Levi has always been known as a solid comedic actor. He isn’t a big star name either, so that’s why his casting was ideal. Levi brings a genuine relatability to Shazam. He’s flawed. Silly. Immature. All qualities you usually wouldn’t associate with a superhero, which makes him that much more human. Levi is the perfect choice for this role and he proves it.

Angel needs to carry the movie through his characters story. He does a good job of it. I thought he was a fine counterpart to Levi. They had great buddy chemistry working off each other.

Mark Strong is solid here playing a wacky villain, but Strong plays him seriously, which makes it even better. Grazer holds it down on his end. His character is the glue of the story, so he gets his part of the spotlight and does well with it.

The acting is fitting of the characters and story. I liked that they didn’t get big names for these roles and stuck with solid lesser known actors with strong comedic chops, such as Levi.

Undeniably entertaining! All around silly and good natured fun. I had genuine laughs and felt the moments of sadness. So it actually manages to pull on your heart strings.

If I had one word to describe Shazam! it would be, self-deprecation. The movie pokes constant fun at itself and its characters. It doesn’t take itself seriously and that’s what makes it that much more enjoyable. You’re allowed to have fun while watching along.

The themes of child orphans, adoption and self-discovery is something you can connect with in this movie. Shazam! proves that you can have a superhero movie with touching real life aspects surrounding it.

Absolutely worth seeing. I loved this movie. One of the better DC productions to date. It’s charming and funny. A new superhero has found his place in a DC Universe that’s been trying hard to engage audiences with their iconic characters (Batman, Superman, etc.), but hasn’t fully accomplished it. Shazam is a character you can fully embrace.

Fun for everyone. Shazam! delivers on the fun-factor and action. It’s the one superhero you can feel that could be inside most of us. Hey, if a teenager can be a superhero, you can try also, all you need to do is head to the movies and say…Shazam!