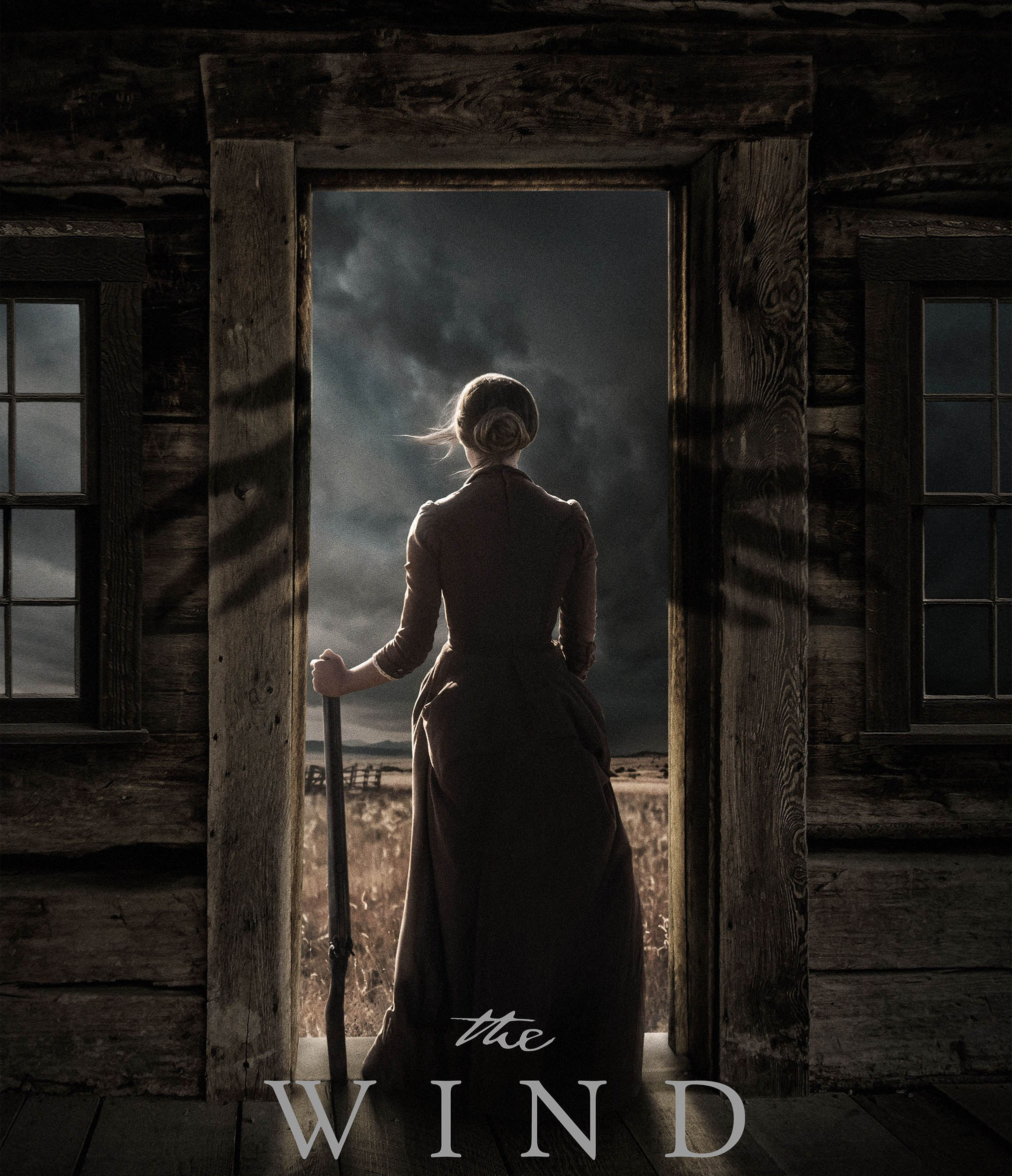 Sometimes you have to go a few centuries back to bring back something new. Director Emma Tammi and writer Teresa Sutherland had the right idea with The Wind. So what makes this film stand out and separates them from some of the other recent horror films? This is what you can expect from The Wind:

The story is set in the late 1800’s Western frontier (New Mexico). Yes, it’s as much of a western as it is a horror. Caitlin Gerard plays Lizzy Macklin, a young housewife trying to settle into life on an isolated prairie with her husband Isaac (Ashley Zuckerman). They live in a modest cabin, with miles to spare between their neighbors. It’s established from the start that this is one lonely place.

The loneliness is the crux of what drives Lizzy and her neighbor Emma (Julia Goldani Telles). A mysterious demonic force begins to take over the ladies, but is it real or just a figment of their imagination?

The filmmakers made a good decision when it comes to story continuity, since the setting is so isolated they decided to use only six actors in the film. It makes sense that way, because if they started introducing random characters the prairie land wouldn’t have been so lonesome. Having fewer actors meant keeping the focus on the main characters, which are Lizzy and Emma, along with their husbands who play supporting roles.

Gerard is the focal point of the movie, as most of the plot is from her perspective, however, Goldani Telles is the Robin to Gerard’s Batman. They both rely on each other to tell and move the story forward.

Gerard is the rock that holds it down, even if her character is potentially losing her sanity. Her strong presence on-screen and subtle, yet, powerful delivery draws attention. Gerard navigates through a range of emotions and manages to contain them for the right moments. Meanwhile, Goldani Telles has this polite innocence to her character that evolves into something more startling as the plot progresses. The women drive this plot from storytelling to performances, it’s their movie.

HOW DID IT LOOK:

The look is the key. Credit goes to Lyn Moncrief (Cinematographer), Courtney and Hillary Andujar (Production Designers), Elsbeth Mumm (Set Decorator) and Kate De Blasio (Costume Designer) for making this movie come to life. The visuals had to look convincing in order to transform the viewer to this 19th century world. Mission accomplished. The costumes, set and cinematography put you right into this world and there is little doubt about it, as the location becomes a legitimate character.

There are a couple ways to look at this movie that can vastly change the watching experience. It’s slow paced. I found myself waiting and waiting for something to happen, for an evil force to show up, but it’s a meticulous slow-burn. It’s easy to get distracted and disinterested from the story when it’s moving slow and revealing very little through the halfway point. For some, that will be enough to tune out.

On the other hand, being patient will lead to a more fulfilling experience. This is a psychological period piece horror. Even though the opening scene teases with the jarring shot of a woman standing in a doorway covered in blood with a child in hand. You’d expect things to elevate immediately, but it doesn’t. Investing in the characters will deliver a better overall experience. It’s not the most entertaining movie from start to finish, but it’s a compelling and unique one.

The Wind combines genres and takes some liberties, which deserves credit. It certainly proves that you can do a lot with horror. You don’t quite get the payoff with the evil villain, but the movie is far more concerned with the psychological turmoil these characters endure.

You do get some of those creepy tense moments sprinkled in among the quiet calm, that’s arguable more eerie than the lingering evil force. The visuals are provided to allow yourself to be immersed by this vast and endless isolating countryside world. The Wind can sweep you off your feet with the performances and production values. Pretty good accomplishment for a modest budget indie. Story wise it has an intriguing premise, but the delivery could have used a few jolts along the way.