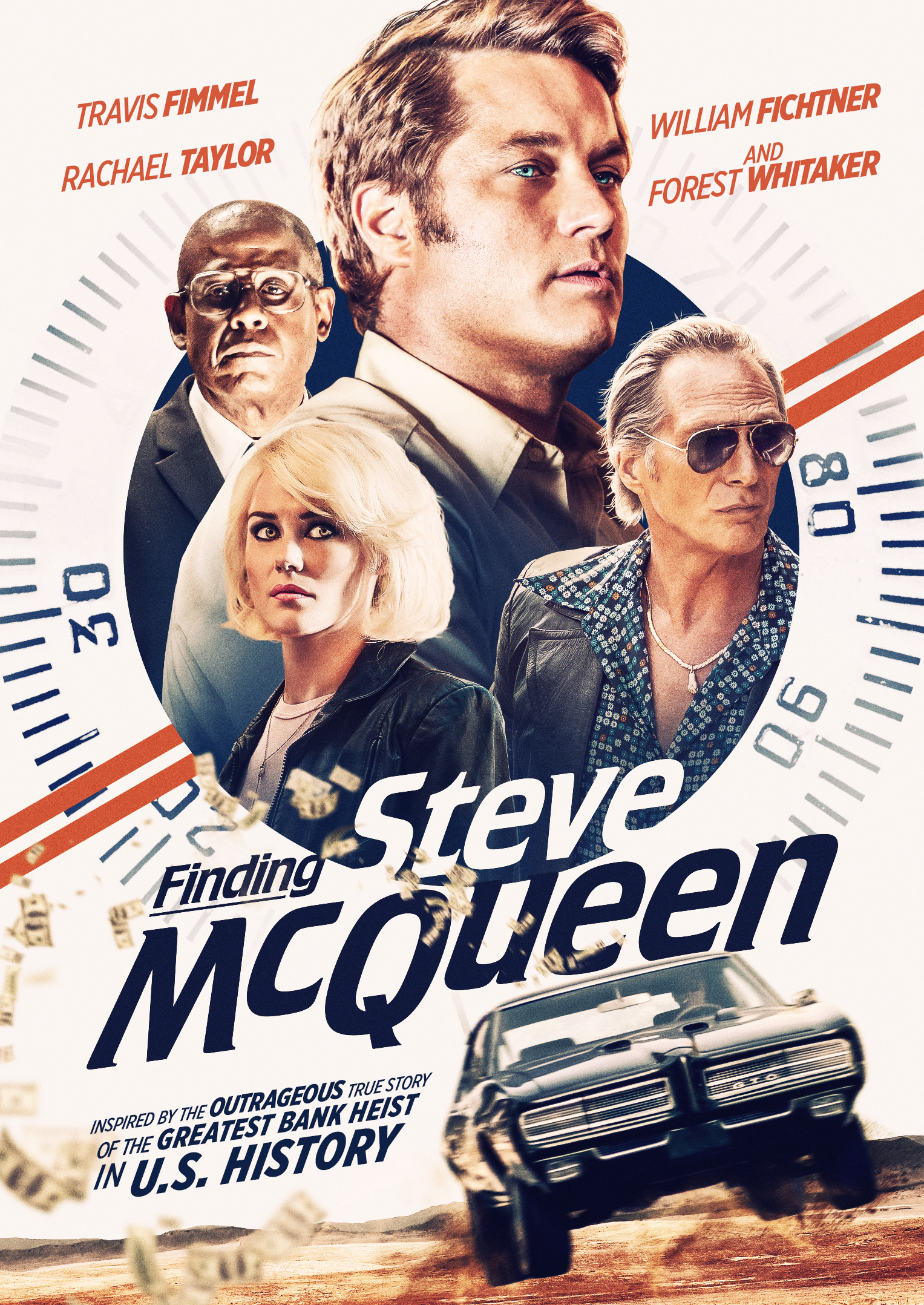 No, it’s not a movie about Steve McQueen, there have been plenty of those. What hasn’t been done is a movie detailing the incredible story of Richard Nixons dirty money attempted heist. This is what this film is all about. A high octane, slick, comedic crime story that’s inspired by a true story. Here is why you should see this Steve McQueen impersonator.

As mentioned above this movie is about a real life bank heist. It’s one of those can’t believe it until you see it stories, that was hidden away and not made known to most of the public. The gist of the story is that it’s about a group of thieves from Youngstown, Ohio who attempt to steal Richard Nixon’s illegal secret fund contributions and blackmail money. The movie takes place in 1972. The time frame is significant as it correlates with the Watergate scandal.

The thieves in question, who also are the main characters in the movie are, Harry Barber, Enzo Rotella, Ray Darrow, Tommy Barber and Pauly Callahan. Some of the names may have been changed. Harry Barber aka self-proclaimed Steve McQueen is the lead in the film and it’s told in flashbacks from his perspective. The rest you’ll have to watch to believe.

Harry Barber is played by Aussie actor Travis Fimmel. The piercing blue-eyed actor was a great fit to not only play Barber, but a Steve McQueen look-alike and wannabe. Looks aside, the charisma and humor is what makes Fimmel such a fine fit for this role. He plays a goofy cluelessly endearing criminal that you can’t help but root for.

What’s a heist movie without some romance? Enter fellow Aussie actress Rachael Taylor playing Barber’s love interest Molly Murphy. Amid all the chaos on-screen, Taylor’s character holds things down and levels things out. Murphy’s relationship with Barber is sort of a Bonnie and Clyde lite. Troubled love affair with a lot of passion, angst and secrets. Ultimately, Taylor and Fimmel are a great pairing.

The supporting actors are likewise strong. William Fichtner plays the leader of this misfit group of thieves, Enzo Rotella. Fichtner is solid as usual. Forest Whitaker plays Howard Lambert, the detective leading this investigation. Rhys Coiro, Jake Weary, Louis Lombardi round out the thieves squad and they all have good chemistry together.

HOW DID IT LOOK:

The look is the key to a movie of this nature. Credit to production designer Kirk M. Petruccelli, art director Krystyna Loboda, set decorator Melinda Sanders and costume designer Melissa Vargas for replicating the era in such authentic way. The film looks like these characters were places in the early 1970’s and there is no reason to doubt it.

From the classic GTO that Barber cruises around in like a wild man to the blue shades. It has a very nostalgic and classic look that exemplifies 70’s coolness.

Finding Steve McQueen is one fun ride. It’s hard not to be entertained when the unbelievable true elements that comprise this story keep you on the edge, scene to scene. Director Mark Steven Johnson is no stranger to delivering fun action sequences. From his work on Daredevil and Ghost Rider, Johnson has a unique flare for keeping your adrenaline flowing. He manages to accomplish that with this indie. The movie looks like it was made from all the 30 million and more that storyline dictates the thieves trying to steal.

Some might go into this desiring a McQueen tale, but might be turned off quickly when they learn the title isn’t what might be expected. This is a don’t judge a book by it’s cover movie. Give it a chance. At times it gets a little over-the-top, to the point you could question how amped up the action and scenes were, but it works with the plot.

Allow yourself to be entertained and fascinated. These crooks will win you over quickly. Ultimately what makes them more heroic than villainous is their personable nature. They are everyday corner bar kinda guys. Not the brightest or ambitious bunch, but a crazy entertaining one. Some of the one-liners will stick with you afterwards.

The story is told from Barber’s view in flashbacks, as he recalls it while coming clean to Murphy. At times it can be a bit convoluted and unclear as it jumps back and forth in time, but that’s a minor bump in an otherwise fascinating ride. The cast meshes together to deliver good performances as an ensemble and individually. Fimmel and Taylor are stars that have arrived, now it’s time for the rest of the industry to notice. The 70’s nostalgia and fun is well alive in this film. Political junkies will get a kick out of the Nixon subplots. In the end you’ll be going home wondering how this actually all happened.