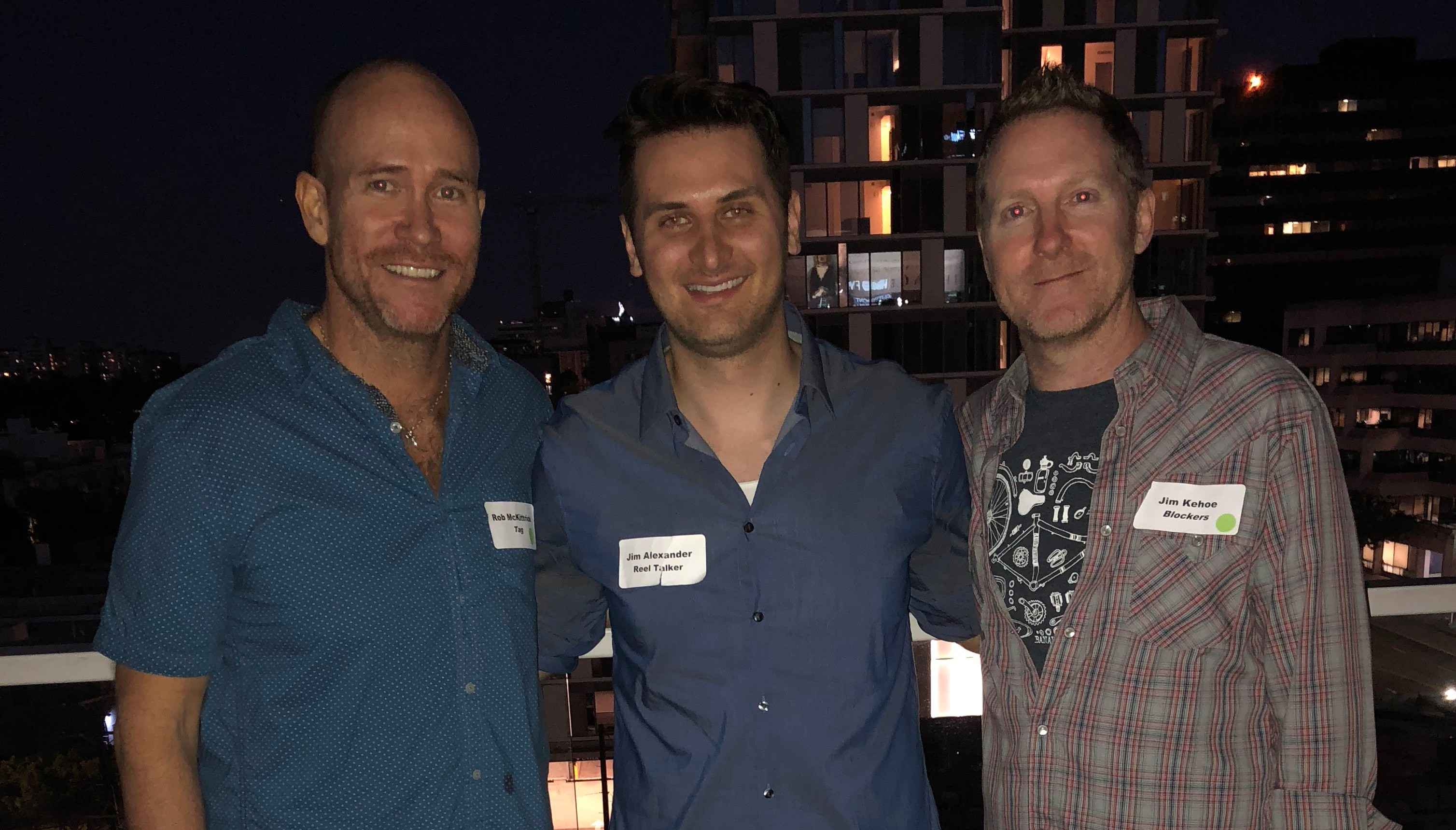 TAG and Blockers are two of the funnier comedies of this summer. I had a chance to speak speak to the screenwriters of these two films, Rob McKittrick (TAG) and Jim Kehoe (Blockers). Check out the guys hilarious banter and discussion about each other’s films and listen to them share behind-the-scenes stories. The chat is divided into two parts. Make sure to watch both videos for the full interview and content.

The guys were great to talk to. I just let let them banter and take it all in and listen to the hilarious conversation. Jim has this conversational deadpan humor to him, while Rob is just so energetic and hilariously funny and outspoken.

OMG, I’m sure that’s what many of you have thought when you listened to Rob share funny stories about his mom. Loved his candid and hilarious storytelling. The guys were great about being open and talking about what they enjoyed about each others movies.

It’s awesome to see two screenwriters, from what would appear to be “competing” movies, have opinions and ideas and praise each others films. I enjoyed my time with them. It was a treat. Screenwriters can be the forgotten members of a film, but they are really the core of every movie, because without them, what you see on screen would not be possible.

I highly recommend everyone check out these two films, they were my two favorite comedies of the summer season. Check them out.

TAG is out now in theaters

BLOCKERS is available now on Blu-ray and DVD

Previous post Must See Home Releases of the Week