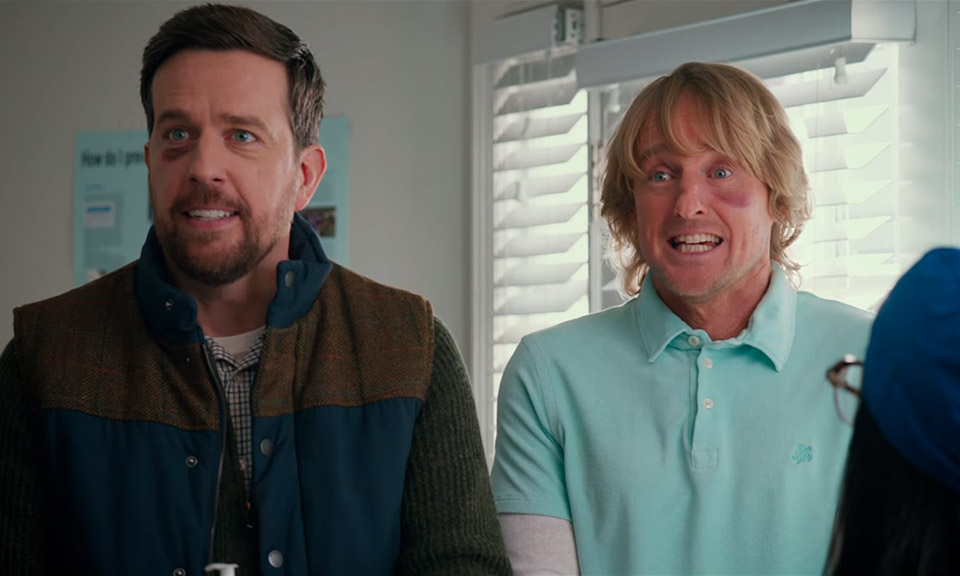 Owen Wilson and Ed Helms are looking for their father. Now that’s a premise that’s sure to entertain, and it does. Wilson and Helms play two adult brothers that are searching for their father after being mislead all their lives. Among the choices, Terry Bradshaw (playing himself), Ving Rhames, J.K. Simmons and Christopher Walken. Come on, you can’t assemble a better daddy list than that, that’s quality. Fortunately it all comes together great, this great mix of actors really let loose and have fun on-screen.

This is an over-the-top, outrageous, raunchy comedy that you’d expect from Helms and Wilson coming together. There is a bunch of funny antics and one-liners that will keep you engaged and laughing. I found it to be ridiculously fun. It’s one of these underrated comedies that flew under-the-radar. Look out for the beach scene where Bradshaw, Helms and Wilson toss around a football and get Rhymes gives them the lowdown on their mother, it’s hilarious. Great cast, timely comedy and outlandishly entertaining plot and characters make Father Figures one of the prime must see films of the week.

FATHER FIGURES is out now on Blu-ray Combo Pack, DVD and Digital

Pages: 1 2 3
In13 Reasons Why, Father Figures, Insidious, Insidious the Last Key, must see, must see movies, must see releases

Next post ‘The 15:17 To Paris’ Blu-ray & DVD Release Date Annoucement