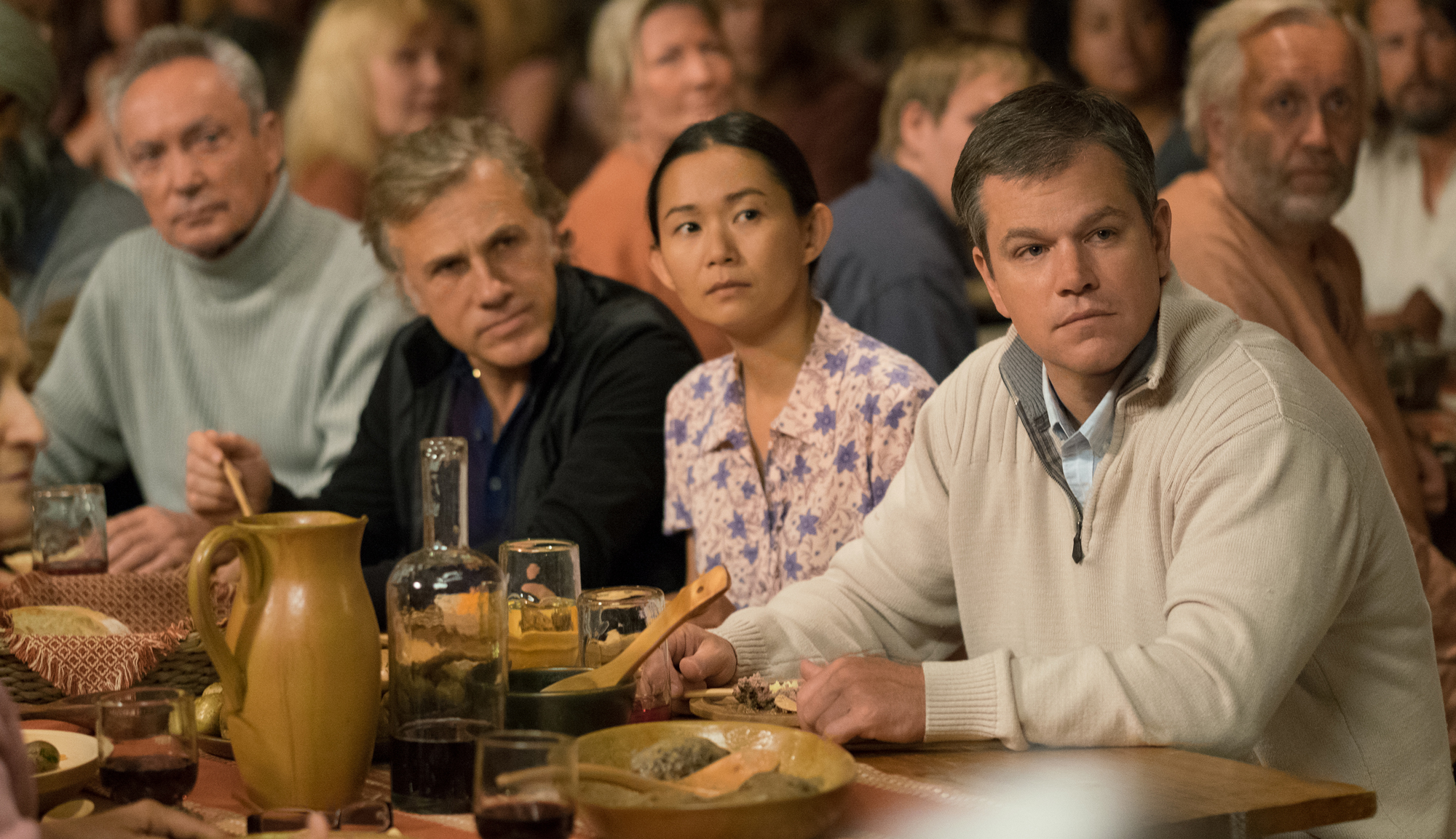 We are changing things up a bit. Usually you can expect the must-see movies of the week listed on Friday’s, comprising of Blu-ray and theatrical and VOD releases. Why not make it more exclusive and have the Blu-ray/DVD releases get their own shine on Tuesdays, while the theatrical sleepers and VOD releases get their glow on Friday’s. Here are the must-see Blu-ray and DVD releases for the week of March 20.

Alexander Payne and Jim Taylor keep things small on-screen, but they deliver a big idea. Matt Damon plays a man who wants to live a lavish life, but he can’t live that life in his current situation. What does he do to change his situation? He undergoes a procedure to shirk him to a size of an action figure. As he experiences life one inch at a time (promise that’s my last pun), he deals with the struggles of his new life while coping with his past one. Will he discover the treasures and meaning of life in his new state of identity? You’ll have to watch the movie to find out.

While from the trailers and promotion the movie is depicted as a comedy, it is, but it’s also a lot more than silly humor. There is a real emotional journey that the characters partake in learning about themselves and what their purpose in life is. Damon, Kristen Wiig and Christoph Waltz give terrific performances, as usual, but it’s Hong Chau who steals the show. This is a clever movie with an intriguing concept that works and becomes more that it sets out to be. On the surface it might seem like it was ripped-off from Honey I Shrunk the Kids, but it’s a lot different, more imaginative and mature.

Previous post Must See Movie Releases of the Week (March 13)