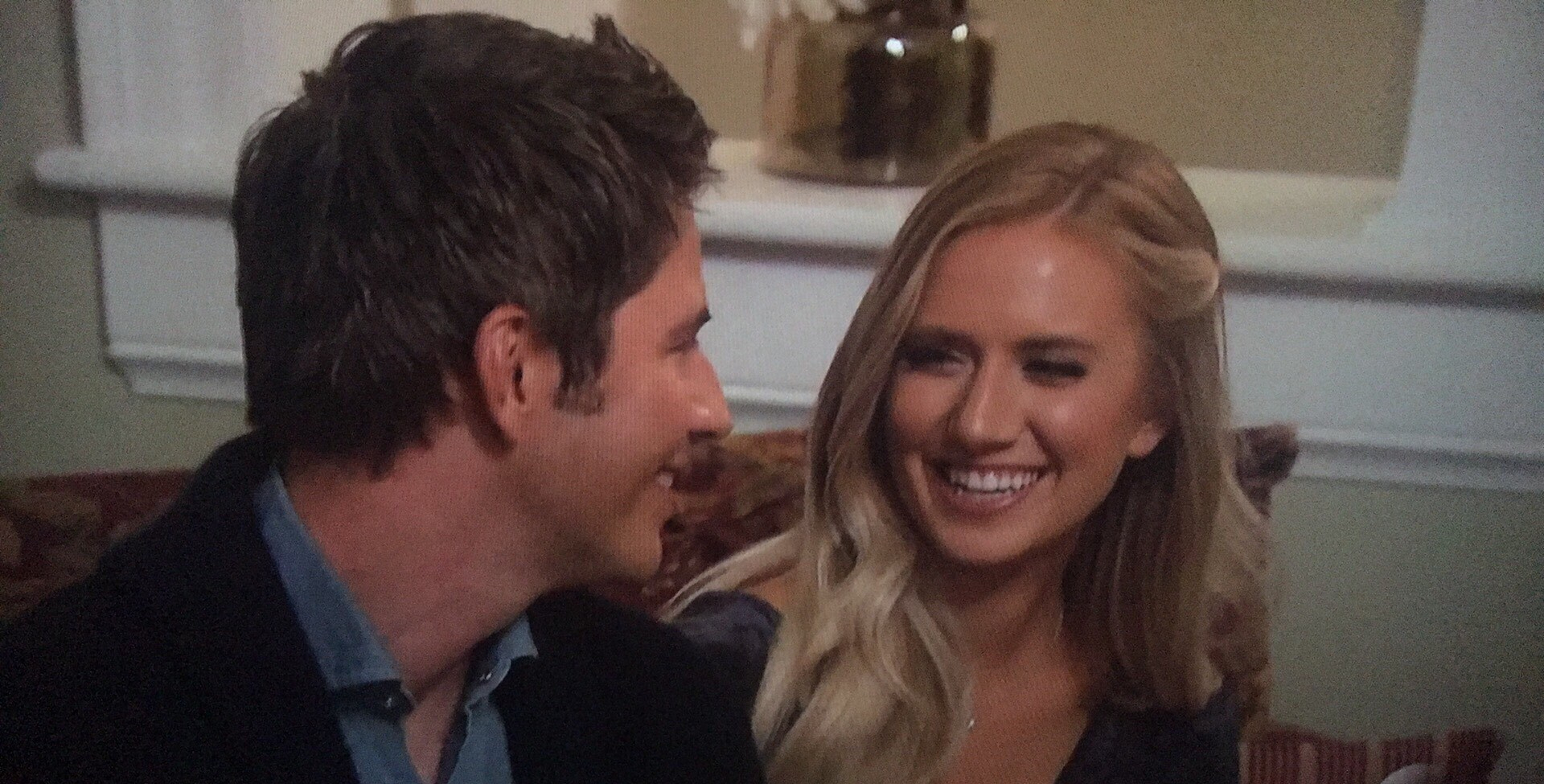 It’s home town’s time. Kendall starts things out. Kendall has twin sister Kylie who is almost identical looks wise, plus she rocks the red lipstick. We learn quickly that Kylie is quite the interrogator. Arie doesn’t get the assurance from her that he’s been accepted. It’s evident that Kendall’s entire family is skeptical. Meanwhile dad is letting Arie know his daughter doesn’t fall in love easily.

Tia gets the next visit. Her brother looks like a badass version of Mr. Clean. They start things out with some mini wieners on a toothpick? Quite the appetizer. Mr. Clean will not be fooled, he knows all about Arie’s reputation and kissing bandit ways.

Tia’s father knows all about Arie, from the internet. See, they can even google you from middle of nowhere Arkansas.

Apparently uncle Gary will be a tough sell, being a pastor and all. Pastor doesn’t mess around. Trying to insinuate that Becca’s dad used to shoot and stuff ducks, so Arie might be next courtesy of Pastor if he wrongs Becca. Pastor isn’t thrilled by Arie not being a very church going man.

Becca’s mom Jill might as well be a older version of Tina Fey. She’s a hard one to crack. With every passing moment Arie looks to be distanced from Becca, not only by the family but by the apparent fact that a pastors niece doesn’t mesh well with a kissing bandit.

At least Lauren lives near a beach. They start out by riding horses on the beach. Now, that’s better than any date Arie has been on this season. Well, soak up the beach, because it’s about to get rough.

Awkwardness ensues soon as they walk into the house. Arie is sweating, literally, the pressure from military dad. Lauren’s aunt is “surprised” with the connection Lauren claims to have with Arie.

Arie has nothing to lose besides death at the hands of Lauren’s father. Arie manages to save his life by telling pops that he traveled to Iraq to visit the troops. He manages to survive dad.

Mom on the other hand. Skeptical wouldn’t even begin to describe her. She’s firing at him asking about other relationships. Mom is savage.

Arie is telling Lauren lies of grandeur about how well it went with her parents. Or at least she thinks it went great. Illusions Lauren, illusions.

Arie can’t handle the pressure of a rose ceremony so we walks away to get a breather. Thank Lauren’s military parents for the stress they put him under. The man is sweating more than Ben Higgins.

He comes back and wants to talk to Kendall. He’s asking her if she is ready to get engaged. Arie is pulling a Rachel Linsey by pressuring a proposal. Kendall doesn’t want to leave, but can’t confirm she’s ready for marriage.

After a bunch of delays, onto the roses, Becca gets the first rose. Lauren gets a rose? Down to Tia and Kendall. After deliberation it’s Kendall! In a stunner, Tia is heading home. I can’t anymore with this guy. Shocker after shocker every week.

As Arie walks out Tia he tells her how incredible she is. Well, not incredible enough. She talked a big game and karma of young Bekah M. got her. Tia lets out a cry squeal as she gets into the limo. Cries and cries and drives away.

For more on The Bachelor, check out my site The Bachelor Universe and follow me on Twitter @TheJimAlexander