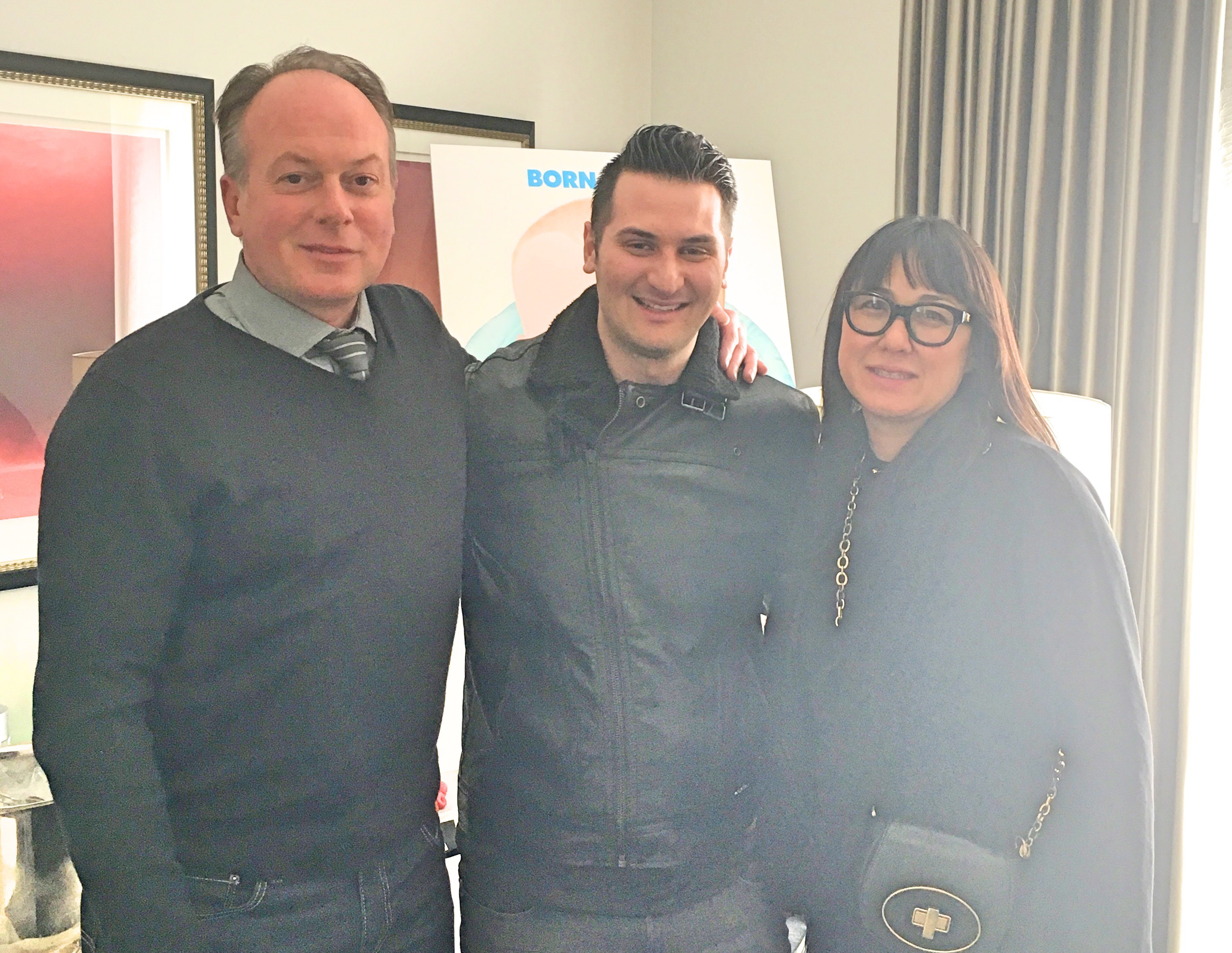 The Boss Baby is out now in theaters and I had a chance to speak to the filmmakers all about it when they passed through Chicago on their publicity tour. Director Tom McGrath and producer Ramsey Naito spoke to me about the film. Below is the audio of it and my thoughts:

I had so much fun talking to Tom and Ramsey. I didn’t know much about them personally prior. Obviously I was a fan of Tom’s work with the awesome Madagascar movies and Megamind, but I had no idea what the man himself was like. I saw the movie the night before the interview. Tom and Ramsey were there for a live Q&A at ICON Showplace in downtown Chicago. The audience asked some smart questions and Tom and Ramsey seemed very personable. A raffle was given away for someone to receive a singed posted by Tom and Ramsey, that was neat.

For my interview I first saw Tom in the lobby walking past me, for a minute I thought I missed my interview, I didn’t. Once I got to go up and meet them at the swanky Waldorf Astoria Hotel it was all great. Tom and Ramsey were so personable and down-to-earth. I really picked up on the passion they had for the movie. They really treat it as their “baby”. It was interesting to hear how Tom and Ramsey related their personal family lives to the movie. I wonder if Tom was Boss Baby or Tim in his own real life situation with his brother when they were growing up? I had to tell Tom and Ramsey about my initial take on the movie, or my dark twisted Chris Nolan-esque interpretation. I did get my answer, so it was just me overthinking it and taking another perspective.

I had a lot of fun asking the rapid fire questions. The hair question was random, but fun. Didn’t want to offend Tom about his hair, but he took it in great humor. Towards the end of the interview you may hear some glasses and plates making sounds, as the catering had arrived. Tom and Ramsey even urged me to try the hotel made cookies, which were amazing. They were a blast to talk to. Very normal, talented and passionate people. As far as the movie goes, I’d urge you to see it. It was a lot of fun. Alec Baldwin is great as the voice of Boss Baby. The film has humor, action and heart. It is relatable to kids, teens, parents, heck everyone. There are some inside jokes for adults. Check it out, it’s good. More on it in my review.

‘THE BOSS BABY’ COMES OUT IN THEATERS ON FRIDAY, MARCH 31

Previous post Review: “Me Before You” Is The New Romantic Movie Standard