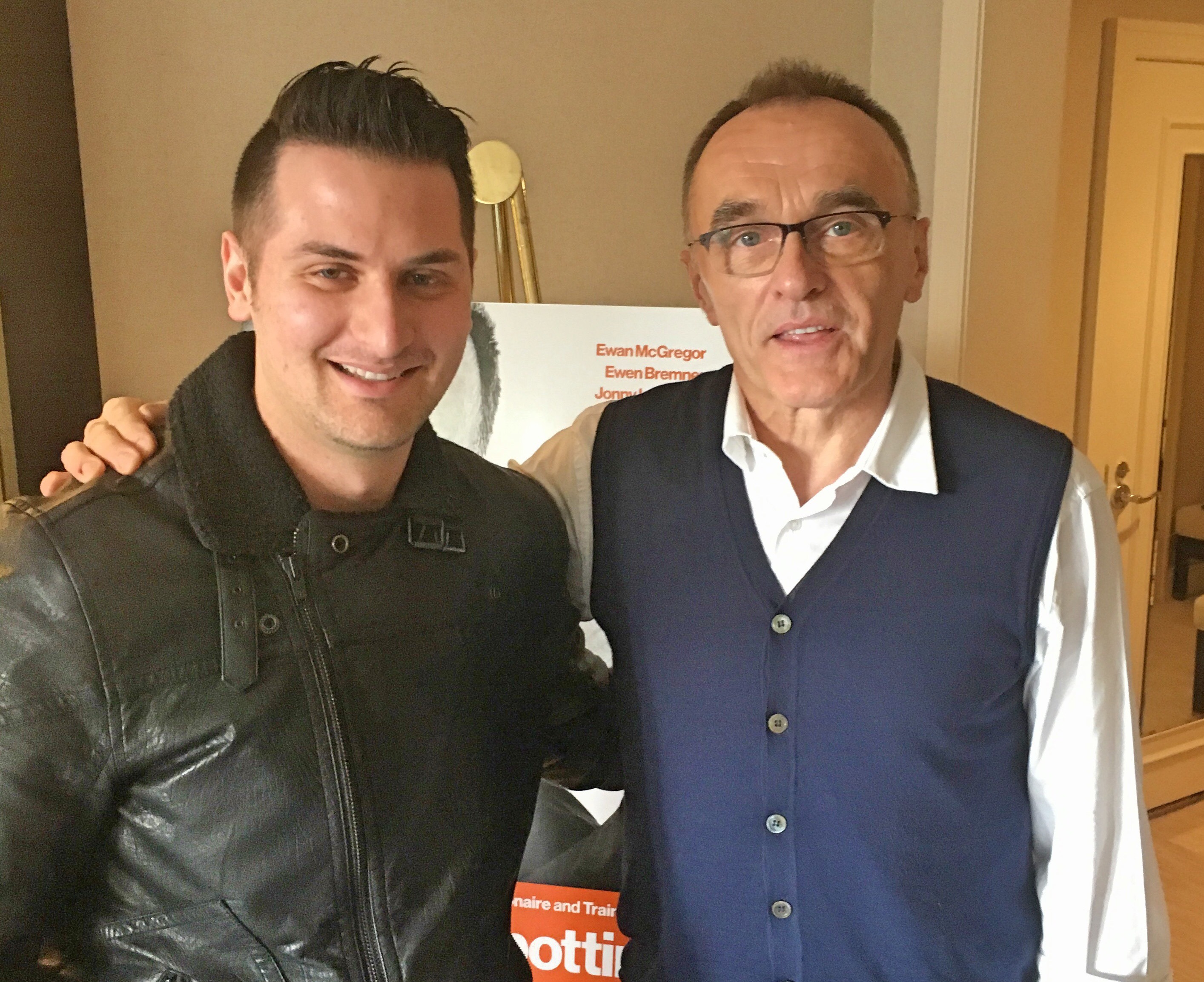 I had the distinct privilege to interview one of the great directors in the business today, Danny Boyle. As part of the promotional tour for Trainspotting 2 or T2 Trainspotting, Boyle was in Chicago to speak about the movie. I was joined by fellow Chicago critics Lee Shoquist and Pat McDonald for a roundtable (couch) chat with Danny. I was pleased to be joined by Lee and Pat, knowing they would ask quality questions, which they did. Credit the loud belly laughs to Pat, along with the sounds of the knocking and clicking sound courtesy of Pat’s coffee glass. It was all Pat adding the special effects sounds. Check out the audio of the interview below:

It was a true honor to speak to Danny Boyle. He was so real and down-to-earth. Just the kinda guy you’d wanna have a drink with and shoot the shit. I could immediately sense the passion this man has for his projects by the way he talks about them. You just know that Boyle is on another level when it comes to directing when he talks about his vision for a movie and the sense he gets by reading the script and knows if it will be a movie or not. I should have felt in awe to be around an Academy Award winner, but I wasn’t, mainly due to how cool and personable he was. I couldn’t help myself, had to ask about 28 Days/Weeks Later and the potential for the third installment of the franchise. He didn’t dismiss the idea of it, so there is definitely hope for 28 Months Later. I sure hope so.

Boyle is one of my favorite filmmakers and people I’ve interviewed. After the interview, later that night there was a screening of the movie at AMC River East in Chicago that had a live Q&A with Boyle and Irvine Welsh (author). Irvine actually sat behind me at the screening. The interview was moderated by famed critic Richard Roeper, who naturally did a great job. The questions from the audience were surprisingly good. After the Q&A my night wasn’t over. There was a private after party I was invited to with Danny and Irvine. It was fun to mingle with the guys and even got a poster signed (fan moment). I did spent some time at the arcade with my date. She sure had a heck of a night. Not a bad first date to be invited to a screening and after party with Danny Boyle. The end result was quite common for me again. Still looking and on the market ladies.

Next post Trailer: What We Just Learned About ‘Justice League’