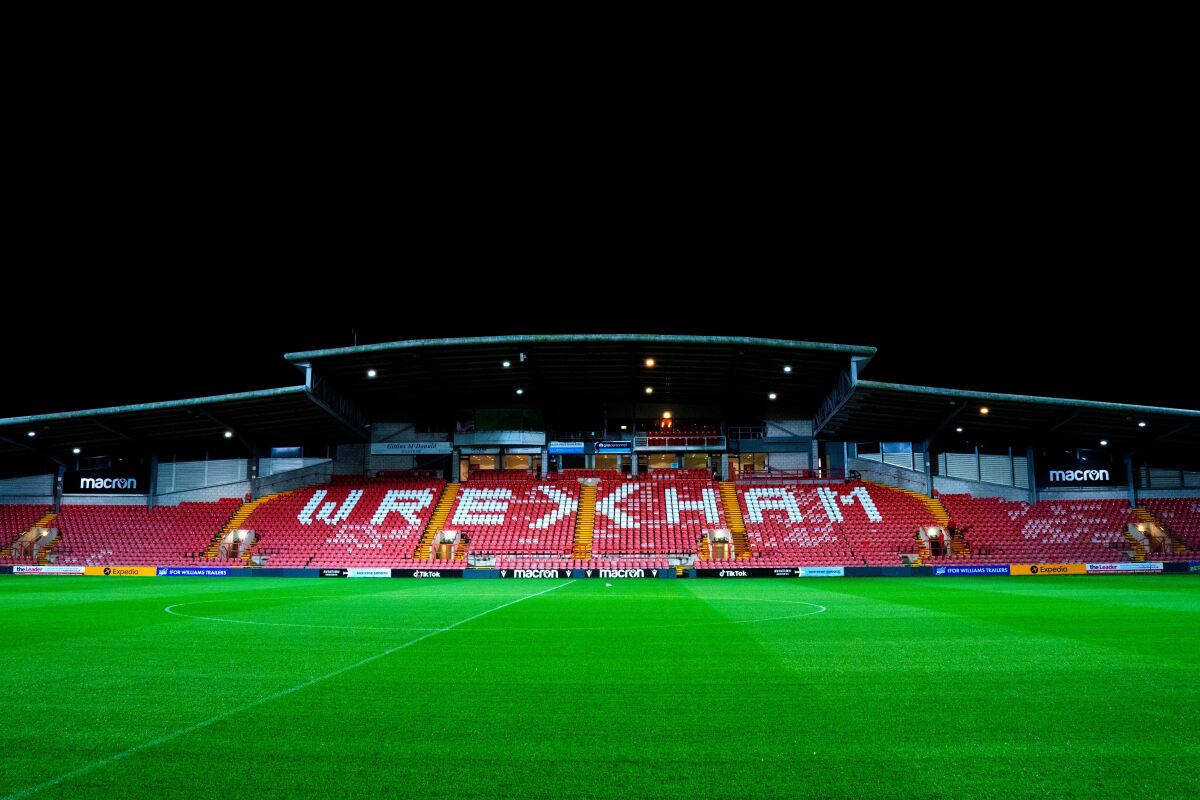 Ask an American to point out Wrexham on a map, and almost all of them will have no idea
where it is. Indeed, ask anyone from the United Kingdom where Wrexham is, and they would
struggle, too; it’s in Wales, part of the United Kingdom, by the way. So why is this hard-to-
find Welsh city the talk of the town? Why has Wrexham got a link to Hollywood? Because
Ryan Reynolds and Rob McElhenney joined forces and bought the city’s football (soccer)
club.

Wrexham AFC was formed in October 1864, which makes it the oldest club in Wales and
the third oldest professional association football team globally. Having a long history is all
well and good, but Wrexham plays its football in the National League, the fifth tier of English
football. Oh yeah, Wrexham of Wales plays in the English league. Wrexham has been in the
National League since the 2008-09 season, but things are looking up for The Dragons.

The club was owned by the 2,000 members of the Wrexham Supporters Trust. Reynolds
and McElhenney met with them and convinced 98.6% of them that a £2 million ($2.5 million)
takeover was in the club’s best interests. Reynolds and McElhenney dream of taking
Wrexham into the Premier League within 25 years. It’s a tall order that requires a lot of luck
and lessons in practicing bankroll management because Wrexham’s budget is tiny
compared to Premier League teams. For example, Wrexham’s turnover for the past 12
months was £1.478 million, and it lost £1.177 million. Newcastle United, who finished mid-
table in the Premier League, had a turnover of more than £170 million for the same period.

Reynolds and McElhenney have been at the helm at Wrexham for two years and almost
gained promotion to the Football League 2 during their first season in charge, ultimately
finishing second in the division before losing 5-4 to Grimsby Town in the playoff semi-final.
Their takeover and the subsequent journey are documented in an FX/Disney+ docuseries
called Welcome to Wrexham; it launched on August 24, 2022, and has been a roaring
success. Rafts of American, Canadian, and people from around the world are talking about
Wrexham, visiting the club’s social media channels, and visiting the city that has embraced
the Deadpool and It’s Always Sunny in Philadelphia actors.

Why Did Reynolds Get Involved With Wrexham AFC?

Reynolds has revealed some of the reasons for investing in Wrexham instead of buying into
a team with a much loftier status. He credited his deceased father’s love of sports as one of
the driving forces behind his purchase and loving an underdog story.

“We love sports. We love telling stories through sports. You have to manage it like a
business, but in most cases, a business is where you have to make a profit. It’s a story of the
underdog, and that’s a story I love. The objective is to get out of this league, that’s all. If we
don’t get promoted, it’s our fault. I have only been the owner of a football club for a short
time. But so far, I have found it to be very time-consuming, emotionally draining, financially
stupid, and totally addictive,” Reynolds said in a recent interview.

Next post ‘Father of the Bride’ DVD Release Date