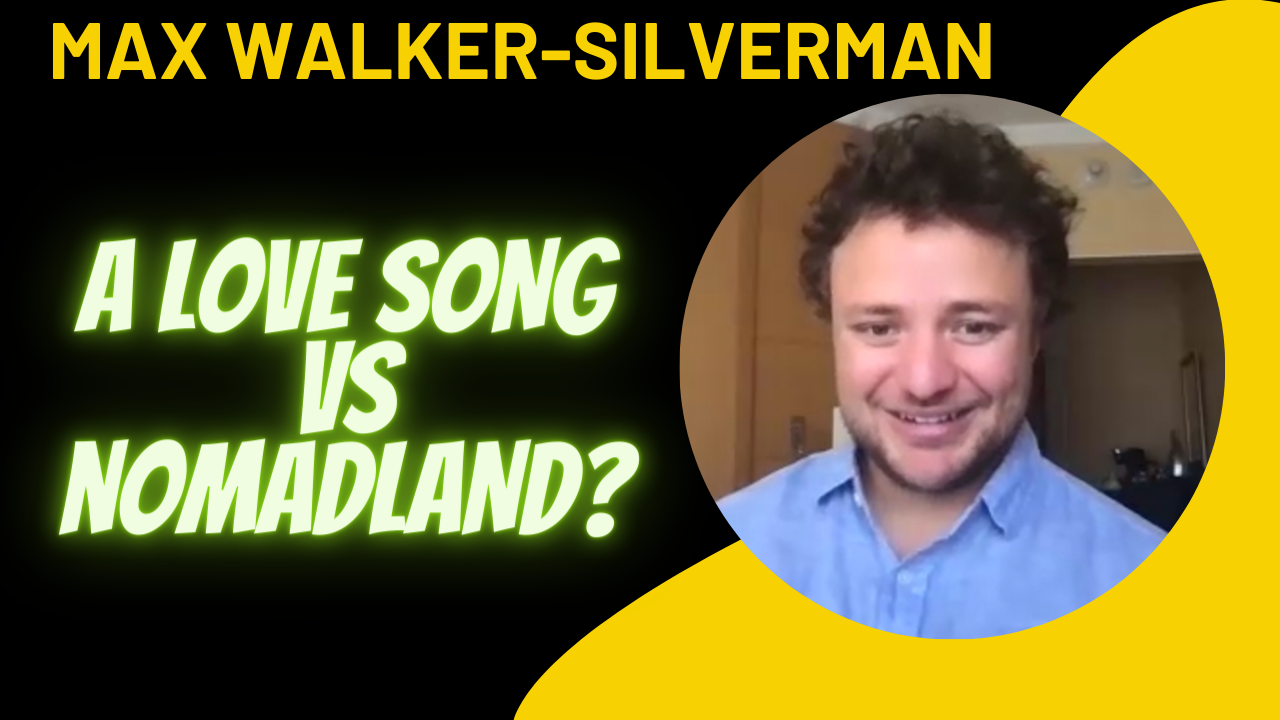 Max Walker-Silverman might or might not be the next Chloe Zhao, but what he did just accomplish is a deliver an honest authentic nomad love story. A Love Song stars the fantastic duo of veteran actors Dale Dickey and Wes Studi.

I spoke to the man behind the film, Max Walker-Silverman. He spoke to me about why he decided to tell this story and what connection he had to it. Which of his quirky ideas made it into the film. I also asked him how he feels this film compares to Nomadland.

Max seemed nice, but also quiet and shy. I was initially surprised he was a young man and even mentioned that to him. To do a movie like this, the assumption was that he was this older veteran filmmaker, not this young man making his first feature.

I was curious to ask him what about this world of nomad RV living people appealed to him? He mentioned how he grew up with older people and was influenced by them, which makes sense. He seems like an old soul kinda person.

So I thought it was awesome that it was his actual car that Dale drives in the film. What a great piece of behind-the-scenes information, who would have imagined?

He was complimentary of Nomadland and Chloe Zhao. Apparently they went to the same film school. Should have asked him if they had any classes or knew each other form school. He also mentioned that the film was being made before Nomadland was released. So nobody stealing any ideas here, they are very different movies even if it’s a similar setting.

It was funny how he said he needed to get his car repaired, well sir, with the inevitable success of this film, you should easily be able to buy a new car. Cheers to a bright career ahead for Max.

Next post Dale Dickey did what with ice cream?!