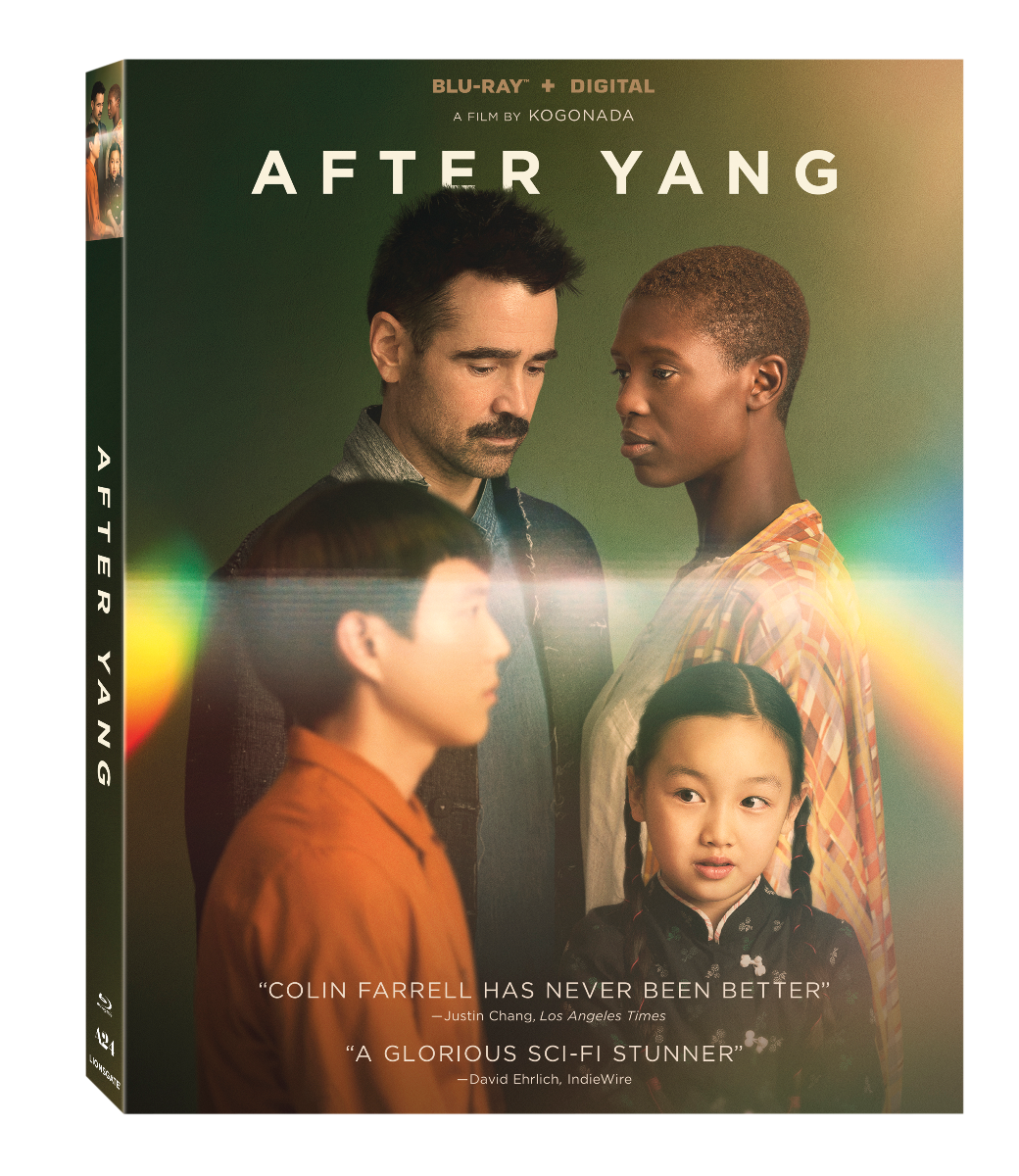 Colin Farrell and Jodie Turner-Smith star in Kogonada’s After Yang. The film is slated to release on Blu-ray + Digital and DVD June 21 from Lionsgate.

BLU-RAY / DVD SPECIAL FEATURE:
“The End Is a Beginning: After Yang” Featurette

AFTER YANG releases on Blu-ray, DVD and Digital on June 21