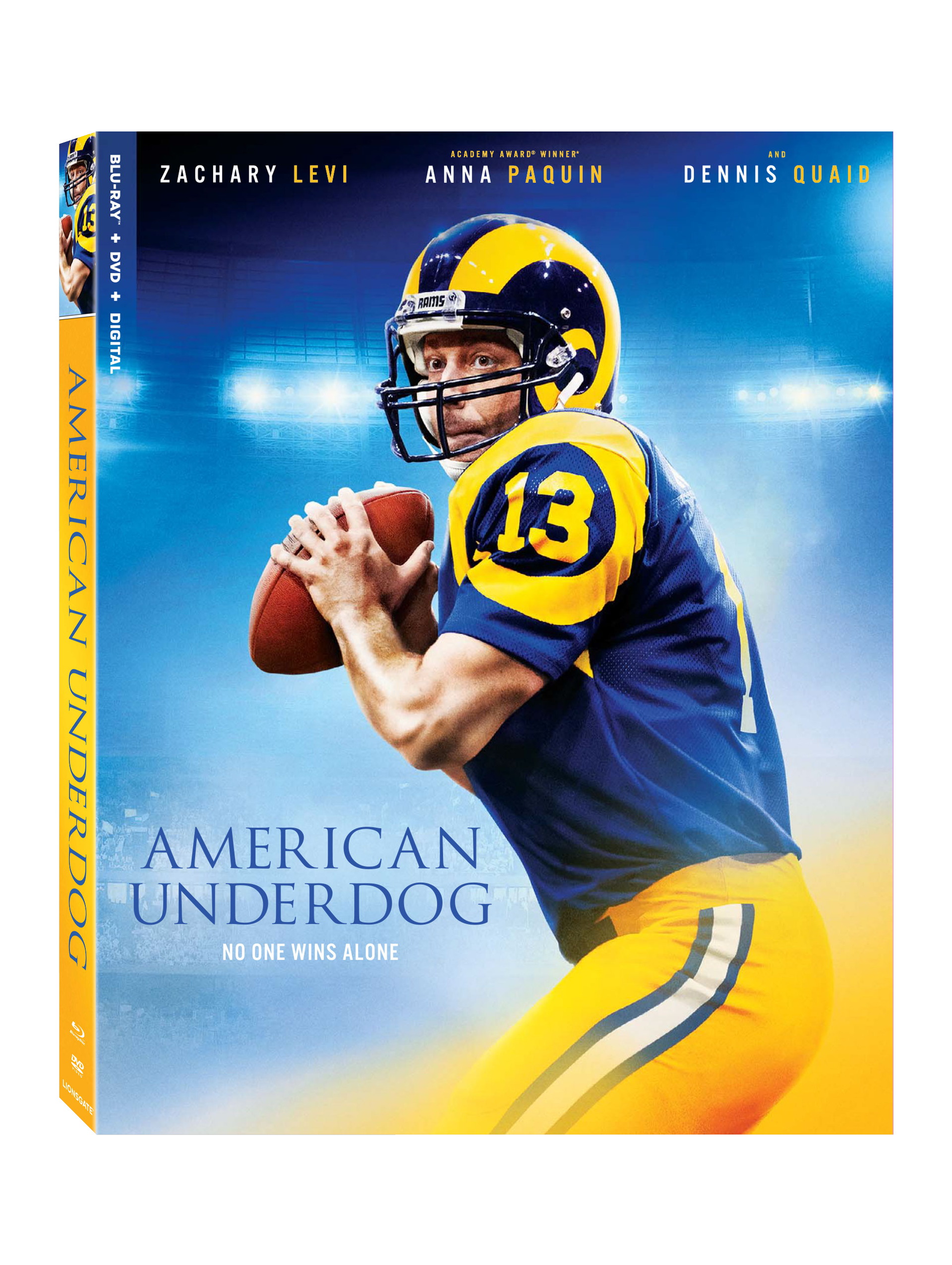 The true-life story of NFL Hall of Famer Kurt Warner will soon be available for your home viewing. American Underdog stars Zachary Levi as Kurt Warner, Brenda Warner is played by Anna Paquin.

Th film is based on the Book “All Things Possible” by Kurt Warner with Michael Silver.

Next post WE NEED TO TALK ABOUT COSBY Trailer Release