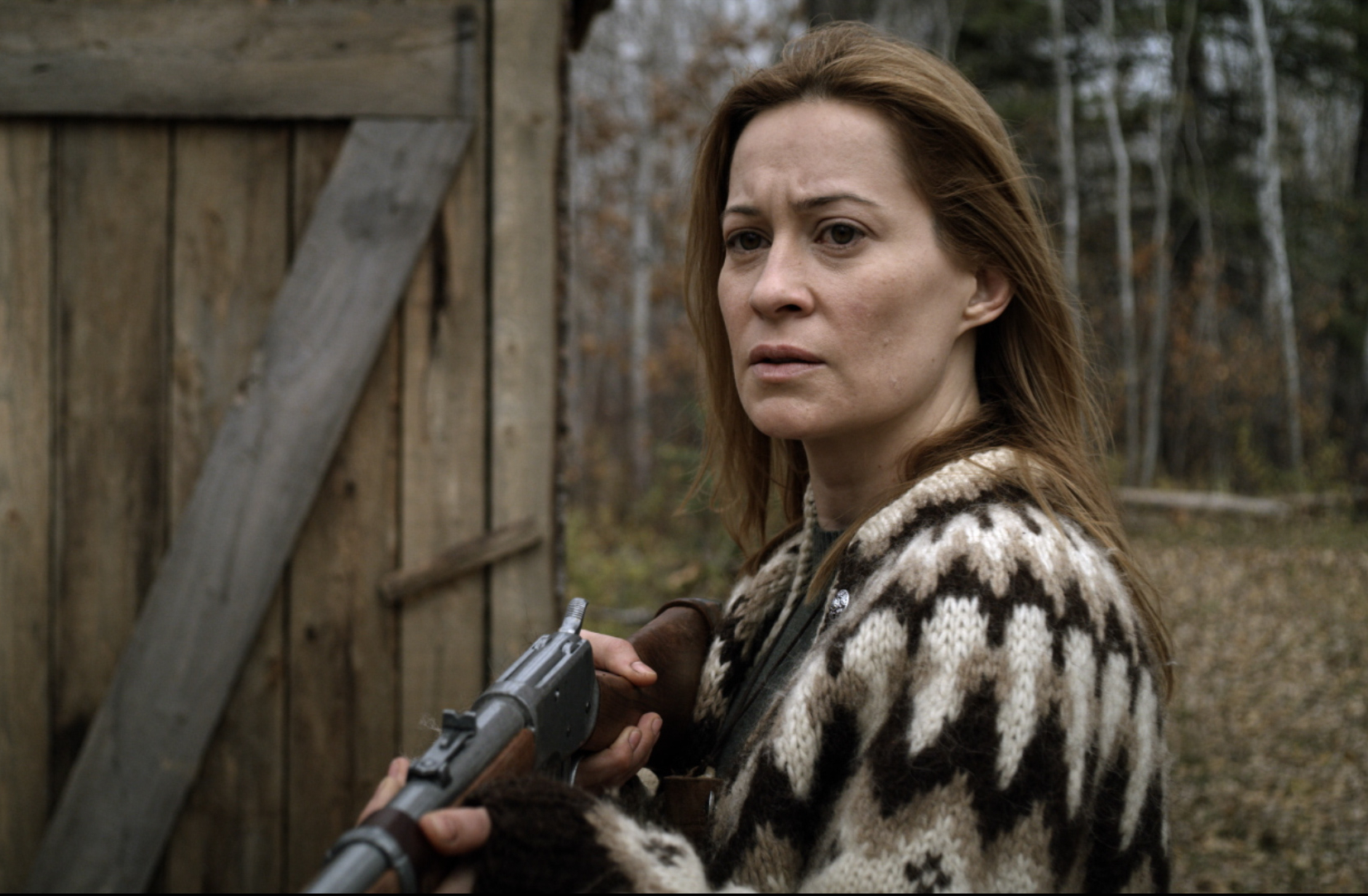 Camille Sullivan is one of those actors that you keep seeing often on TV and film and each time she impresses more. Impressing is certainly what she does in her latest film Hunter Hunter. Director Shawn Linden’s horror thriller that leaves you gasping at the end. Sullivan plays a mother and wife that’s trying to survive in a desolate cabin deep in the woods, with unknown terror lurking. It’s a tough and gritty performance by Sullivan.

I recently spoke to Camille about her role in Hunter Hunter, how she had to prepare for it and all that was required of her. She went deep into her experience on the film and how it tested her as a person and performer. Also, Camille speaks about the keys to maintaining a career in Hollywood and what’s worked for her.

Camille is a really good interview. She’s succinct and thoughtful in her answers. I found her to be very confident and had a great presence about her, even through Zoom. She’s definitely someone who is seasoned in her craft.

Camille spoke about having to bring physicality to her role and how she even gained muscle during it. It seemed like a fairly demanding shoot. Mentally and physically. Plus, having to deal with the conditions and unpredictability that comes with filming in a location like a forest.

She mentioned that she didn’t know Devon Sawa or Nick Stahl, her co-stars, prior to filming, but ended up bonding with them during the shoot. Watching the film, seemed to me like that cast really meshed well.

I found Camille’s advice about what she believes has kept her around in the industry for years to be very valuable. It was also fairly simple if you think about it. The gist of it being yourself and trying to do too much and overthink it. That confidence in trusting yourself can go a long way in being successful in the entertainment industry.

As far as Hunter Hunter goes, certainly the ending will be talked about, but all the lead up to it is well worth the watch also. I recommend checking out this film.