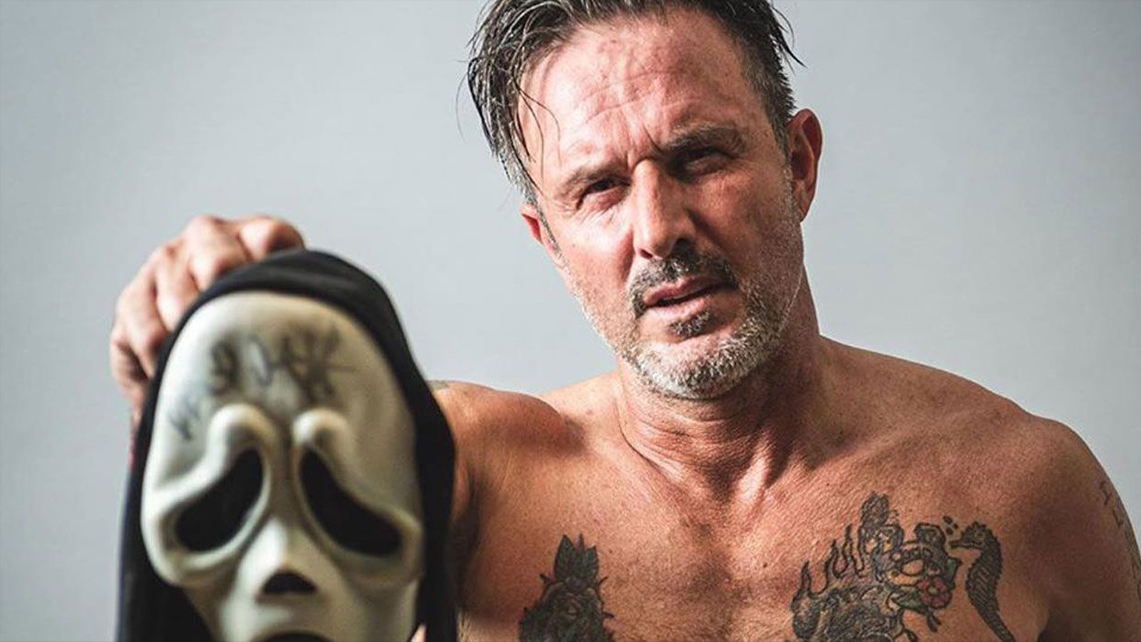 The man, the myth, the legend. Mr. David Arquette has seemingly done it all in the entertainment industry. Arquette has starred in numerous films and is one of the faces of the iconic Scream franchise. He’s an avid basketball junkie. A die-hard wrestling fan turned professional wrestler.

David has been a busy man lately, aside from moving to Nashville, he has two film that recently released. First one is the fascinating documentary You Cannot Kill David Arquette, about his attempt to get into pro wrestling. The other one is Blackjack: The Jackie Ryan Story.

I spoke to David about both films. His love for basketball. Plus, we discussed his wrestling journey in depth and his near fatal encounter in the ring. Check out the interview as David opens up about this life.

Fantastic stuff from David. He’s actually exactly the way I expected him to be. A nice guy, that’s fun and goofy. He was very transparent and open about his life and experiences. I appreciated that.

David has a heck of a life story. From his marriage to Courtney Cox, to his acting career and pro wrestling journey. David has seemingly done things his way. If you see the documentary, you’ll gain great insight into who he is.

David did a real nice job in Blackjack. It’s a movie about a streetball New York basketball legend, Jackie Ryan. David plays Jackie’s father in the movie. I was aware that David is a big basketball fan, as he’s frequently been seen at Laker games. He shared that passion for basketball with me. Spoke about playing basketball on set and how he liked doing it for fun. I have a feeling he’s got game.

‘BLACKJACK: THE JACKIE RYAN STORY’ is out now in Theaters and On Demand

If there is one thing I was certain about him, was that he was a wrestling fanatic. David still lives in infamy for being the WCW champion. One of the most talked about moments and despised moments in wrestling history. It was apparent through watching the documentary that David was haunted by that and wanted to redeem himself by working his way into becoming a professional wrestler. He did and even achieved success at it.

It’s been noted that Luke Perry was friends with David, I just didn’t know to what extent. I learned a lot about their friendship together from this interview. Didn’t know it went back so many years and that Luke lived with David when he was working on 90210. Luke’s son, Jack, is a wrestler for AEW currently. So another wrestling tie to David there.

Scream 5 will be releasing in 2021 and David is making a return to the franchise along with many of the originals, such as Neve Campbell. I’m excited to see them all back together.

I really enjoyed speaking to David, he was grecious with his time. It was a fun conversation about many topics that spanned his life. He’s a legit good dude. I’m even a bigger fan of his now. I’m so glad he was able to redeem himself and hopefully he isn’t burdened by the WCW experience. You must check out You Cannot Kill David Arquette. The best documentary I’ve seen this year.

‘YOU CANNOT KILL DAVID ARQUETTE’ is out now on VOD

Next post Comedian Whitney Cummings To Host “In Stitches: A Night of Laughs” Virtual Charity Event