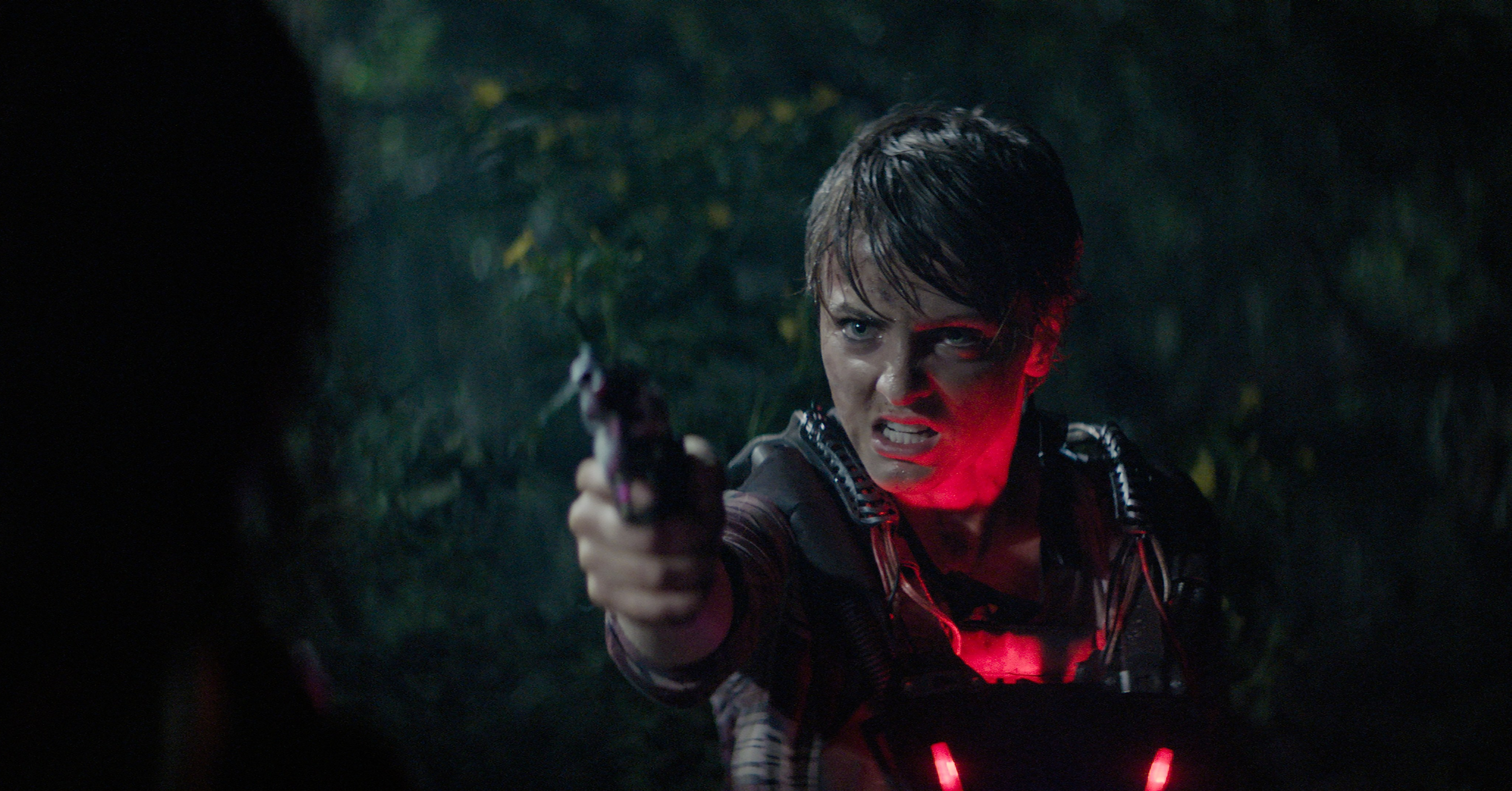 I don’t know what’s in the water in South Africa, but they are producing some phenomenal actors. Recently I had the pleasure to speak to super talented South African beauties Jessica Sutton and Liesl Ahlers. Add Reine Swart to that company. Swart co-stars with Liesl Ahlers in the heart-pounding thriller, Triggered.

I had the good fortune to speak to Reine about her experience working on Triggered. Working alongside her friend Liesl and bonding with fellow South African cast and crew. Plus, she talks about living in Texas and the interesting story behind the haircut she had in the movie. Keep an eye on the Joker painting in the background, we will discuss it.

SPOILER ALERT: We discuss some of the movie spoilers starting around the 12:15 mark.

Reine was a pure joy to chat with. I don’t know if it’s my experience only or this is a common thing, but these South African actors are so damn friendly and easy to talk to. No ego. Lots of personality. I’m sure you can see my affinity for them. Just had wonderful experiences speaking with Jessica, Liesl and Reine. Great individuals.

Reine was reminded me of Liesl in how bubbly and happy she seemed. Just brought great energy and fun to the interview. I really appreciated that. We spoke about her experience on working on Triggered. Aside from the overnight shoots and scrapes and cuts, it seemed like she had a blast filming. I can only imagine how could it would be to film in not only your home country, but your hometown. Additionally working with a cast that’s around the same age and also South African. Must have been like going to camp as a kid. I noticed the chemistry the group had on-screen.

If you’ve seen the film, you might have a bit of trouble recognizing Reine in this interview, as in the movie her hair was very short. I asked her about it and got much more than I expected. There was a full hair (no pun intended) story.

I also found out that Reine lives in Texas with her significant other, so that was interesting also that she’s in the US. Good, just as Liesl, she’s a star in the making and there are big things coming for her.

I had to discuss the spoilers with her and what happens in the film and to her character. More great insight from Reine on that aspect. The movie constantly keeps you on edge not knowing what will happen to each character. Lots of revelations that occur that change their individual narratives.

If you weren’t distracted by Reine’s fantastic personality and beauty, you probably noticed the awesome Joker painting she had in the background. I was stunned to find out that her mother-in-law actually painted it herself. Wow. What a talent. It’s one of the coolest Joker paintings I’ve seen. Incredible work by Reine’s mother-in-law.

Check out Triggered, it’s out now on digital. Fun film. Enjoyable cast. Witty and sarcastically fun dialogue. Plot that will keep you guessing. Oh, and Liesl and Reine of course!

‘TRIGGERED’ is available On Demand and Digital as of November 6th