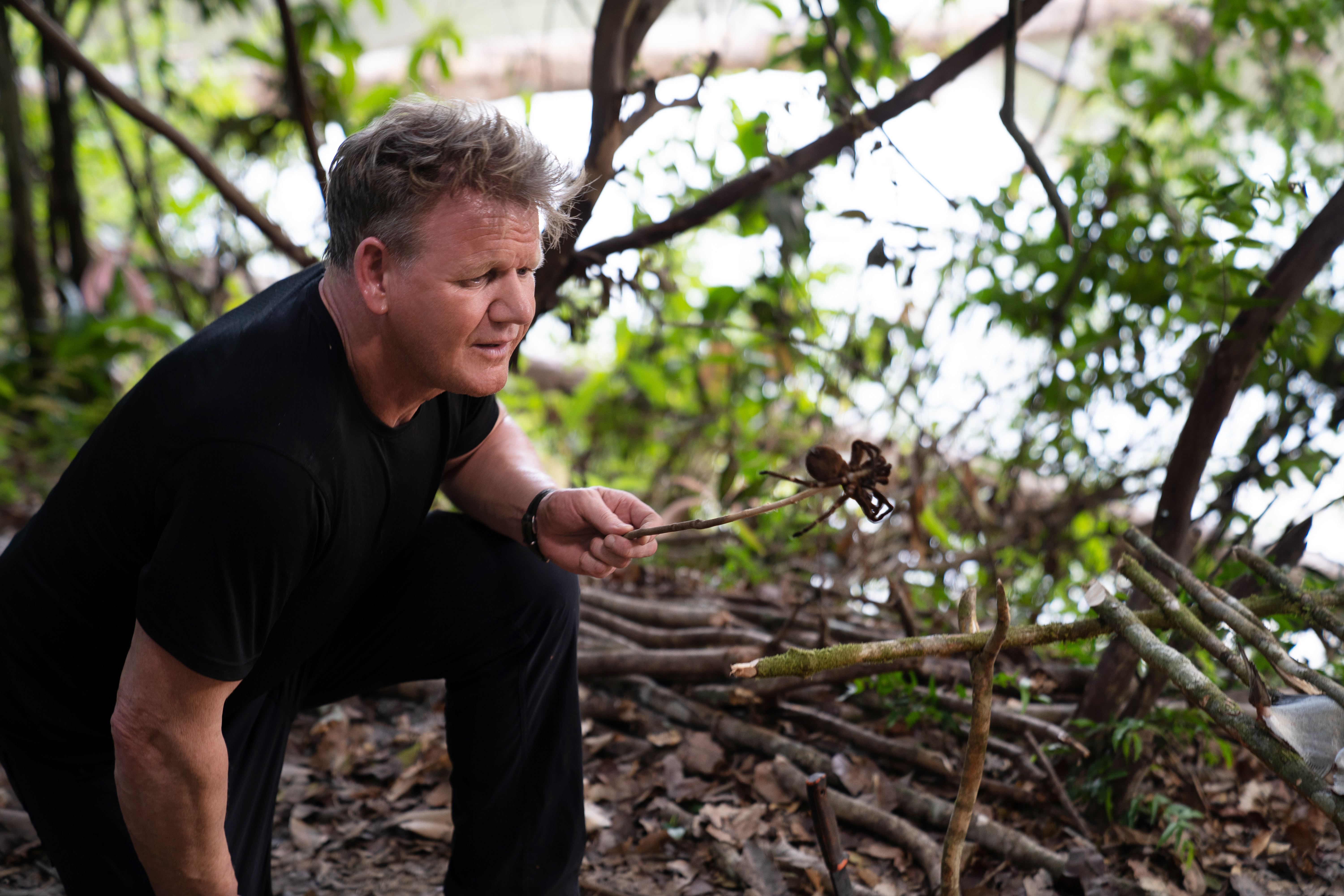 You either love him or dislike him, either way Gordon Ramsay sure makes a heck of an impression. The fiery celebrity chef is one of the most recognizable chefs in the world, for his cooking skills and his polarizing personality. In Gordon Ramsay: Uncharted, Ramsay steps way out of the kitchen to travel to remote exotic locations around the world to introduce you to some of the most exotic foods and cultures.

The second season of the show debuts on National Geographic on June 7th and will air on Sunday nights. Does Ramsay surprise and entertain us again with his daredevil antics and masterful cooking? Find out in in the review below.

I wasn’t familiar with the show and didn’t watch the first season prior to seeing this current one. Good news for newbies like myself that it’s a seamless transition as each episode is a stand alone. For those unfamiliar, the concept of the show consists of Ramsay traveling the globe to some of the world’s most exotic locations such as Tasmania (featured in the premiere of this season). Ramsay is connected to a top local chef that helps him navigate the foreign land and attain all the necessary ingredients to create an extraordinary local dish.

Ramsay isn’t just picking up supplies, he’s jumping from helicopters, dodging hippos and opening a lot of gates (you’ll see what I mean in the Tasmania episode). It’s adventure and food making at it’s finest, with a large dose of Gordon Ramsay.

Whatever their production recipe for the show is, it works. A perfect blend of adventure and cooking (excuse my cooking puns). I was pretty surprised to see Gordon take some big risks on his way to creating a perfect local dish. This man will do anything to make a great meal and get the right ingredients. The risks he takes seem legitimate and not forced. They are due to circumstances presented along the way. For example, windy conditions not allowing the chopper to land, so Gordon must literally jump out of the chopper and swim to the shore.

I found the show to have a very thrilling feel to it, and I don’t entirely mean the risk-taking element, but the actual approach and scavenging for the food ingredients. It’s exciting to see Gordon venture out to small little villages and lands unknown to him and connecting with the locals, while embracing their cultures.

If there is anything I would like to know more about that the show doesn’t touch on, it would be how Gordon is introduced to the local food experts? Are they his friends and colleagues? People the production discovered that Gordon is meeting for the first time? It be nice to have a bit of a backstory on these relationships, since each episode is lead by a local guiding him.

The concept of the show is creative, but not unlike anything we have witnessed before. It’s fairly basic and easy to digest. Travel, search and create. It’s still a very good approach, just saying that it’s not radical or innovative. The journey is still what grasps you and keeps you locked in.

I found this to be one of the more compelling travel/cooking adventure shows I’ve seen. It’s authentic reality television. Doesn’t seem scripted. Gordon Ramsay makes a terrific host. What makes him so interesting is that he does a fantastic job explaining and narrating his journey and purpose. He’s the perfect tour guide and teacher that any viewer can hope for. I admire the man to be able and more than willing to literally try anything. He must have a stomach made of steel, because some of the stuff he tries legitimately made me cringe.

This is a side of Gordon personality that is more relatable and very likable, than what you see in Hell’s Kitchen, for example. He’s still direct and sarcastic. Always entertaining. The one thing that really stood out about Gordon is how humble and receptive he is to learning. For someone who achieved a much as he has, it’s pretty cool to see him that open and curious to learn from others. He seems very open-minded and respectful of different cultures, not to mention curious as hell.

Each episode is filled with rich content. Same concept, but feels different and fresh each time. It’s fairly educational also, an aspect not to be overlooked. My personal favorite is the second episode in South Africa. Gordon vs Hippo. A sight to behold.

Gordon Ramsay: Uncharted is a must-see show for anyone that wants to dream of a getaway during these uncertain times when we are stuck in our homes. The show illustrates a world full of possibilities and unlimited ideas. It’s rich in culture. High on entertainment. Tasty on senses. Do you smell what the “Ramsay” is cookin’? I sure did. Smells like all-around success.

“GORDON RAMSAY: UNCHARTED” returns to National Geographic for its second season on June 7 at 10/9c