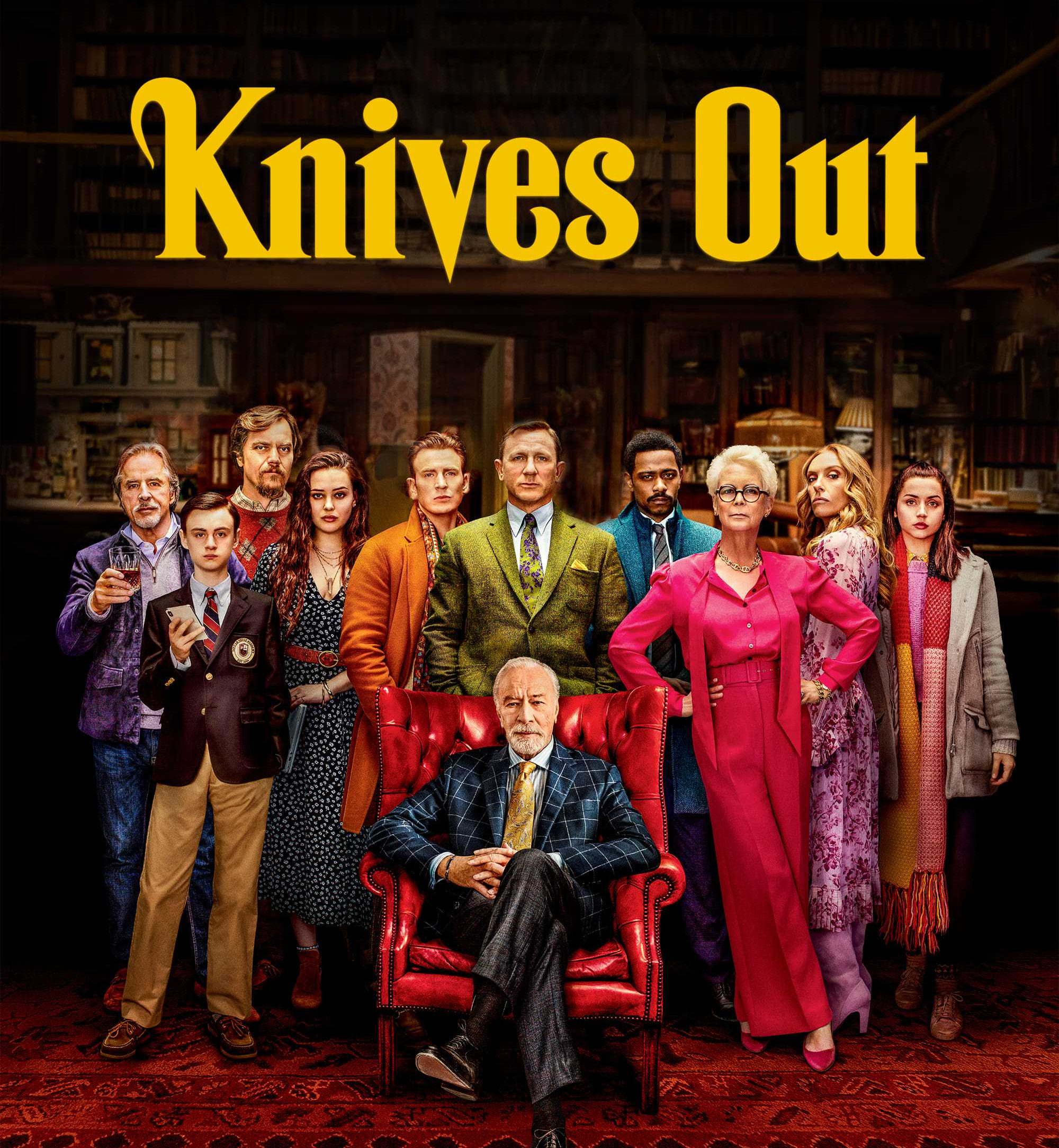 I dare you to find a better whodunnit movie than Knives Out. A genius film from writer and director Rian Johnson (Star Wars: Episode VIII). This detective story will keep you on your toes guessing from start to finish, and even after.

The masterful plot centers on the dysfunctional (at the very least) Thrombey family. The mysterious death of family patriarch Harlan (Christopher Plummer) leads to a wild investigation. Helming the investigation is famed Detective Benoit Blanc (Daniel Craig) who must navigate the eccentric Thrombey’s in order to figure out who may hold the truth to the death of Harlan. Every family member is on notice!

The plot and script are next level. It’s a mesmerizing plot with twists and turns around every corner. Absolutely compelling. It had me glued all along. It’s hard for a detective whodunnit tale to have as many meticulous points to it and all of them combine to formulate such quality entertaining storytelling.

Everything matters that you see on screen. Nothing is wasted. Don’t bother nitpicking through it to find loopholes. You likely will struggle to do so.

The cast is next level. Rarely can you assemble an ensemble of elite talent that works the way this cast does. Each of them are part of a big puzzle that ultimately fits in perfectly. I feel it’s one of the strongest casts ever put together from top to bottom.

WHAT’S GOOD/BAD ABOUT IT:

I particularly appreciated the modern “cool” hipsterish dialogue. Fantastic set design. It feels and looks like an old-school classic detective movie. The tone of it all is ideal. There aren’t many flaws at all, but I did have a stylistic with how certain sequences were depicted for emphasis.

I wasn’t the biggest fan of was the slo-mo action scenes. The slow-mo made it a bit too “cool” for its own good. For example Blanc’s coil flip had a highlight effect to it, it slowly moves through the air and it takes your focus away. Just let things move, instead of pausing for an emphasis on objects and reactions. It reminded me of movies like Kingsman who use this style in similar fashion, although Kingsman being a purer action film is more fitting of such display.

My personal favorite bonus features were the “Rian Johnson: Planning the Perfect Murder” featurette and the “Making a Murder” Eight-Part Documentary. Highly recommend both. Although I urge you to check out all the features, since they all offer something good. Wish they had bloopers, as I’m sure many happened on set with that cast.

Try to solve this mystery of Knives Out. I can confidently bet that you won’t see it coming, I didn’t. One of my most enjoyable movie watching experiences I’ve had in a while. The bonus content is a must-see. A near flawless movie of the murder mystery genre. The comedy is top-notch also.

Next post Must See Movie Pick of the Week: Uncut Gems