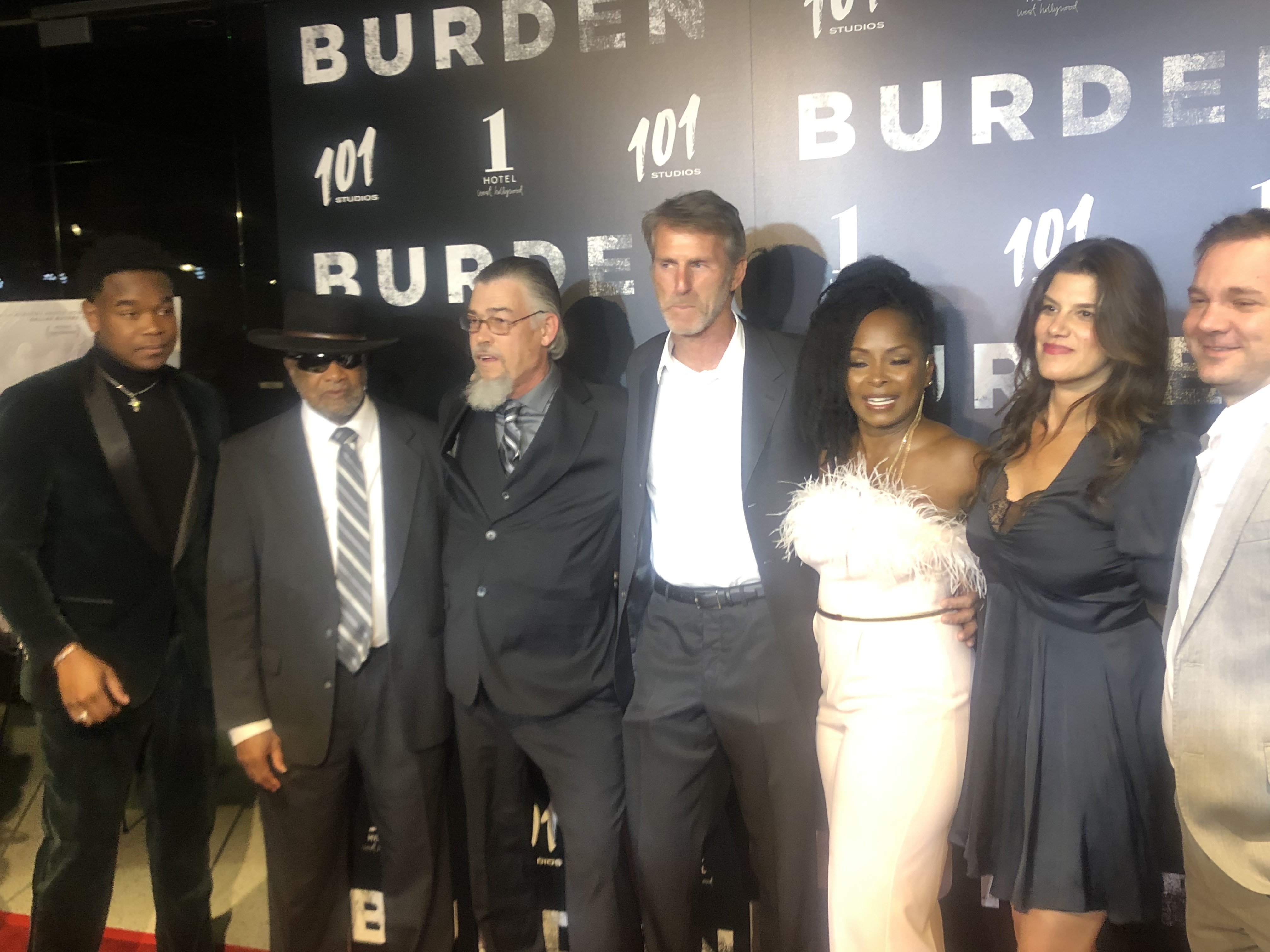 The premiere of Burden was held in Los Angeles and the stars and cast showed up to support the film. The real-life people who inspired the story, Mike Burden and Reverend Kennedy were in attendance to take part in the festivities. I had a chance to speak to them and the cast.

This is my second time speaking with Andrew, I spoke to him one-on-one at a press event. He’s a very insightful guy. He really committed to this project. The most impressive thing to me was that this film has been over 20 years in the making! Great story about Billy Bob Thornton inspiring him and giving him advice.

Dexter is a really good interview. He had great energy and shared some great stuff. Looks like he will be a big part of the new Saved By The Bell reboot, which I’m excited to see. Very cool story about Forest Whitaker. Heard a lot of great things about that man at this premiere.

I was looking forward to talking to Mike when I heard he’d be at the premiere. I wasn’t sure if he was going to be uncomfortable with all the cameras and people, but Mike was a pro! Seemed like a very genuine dude. Offered some great advice also. I was impressed.

There is no denying this man is a unique human being. Reverend Kennedy is a really motivational person and I found out quickly just in the few minutes that I spoke to him. Speaks with passion and from the heart.

For some reason Austin reminded me of Jeremy Renner. Is it me or does he kinda resemble Renner? Either way, Austin is a jokester. I enjoyed the IHOP story he shared.

Hard to believe an 11-year-old has so much poise and professionalism, but Taylor does. He spoke highly of his castmate Dexter Darden and they shared a fun little moment towards the end of the interview.

Robbie has had a great career as a producer. Just look at her credits, she’s produced some major movies. I didn’t know her and Andrew had a longstanding friendship. I thought it was cool when she said that she likes to take chances on first time directors and has done it before.