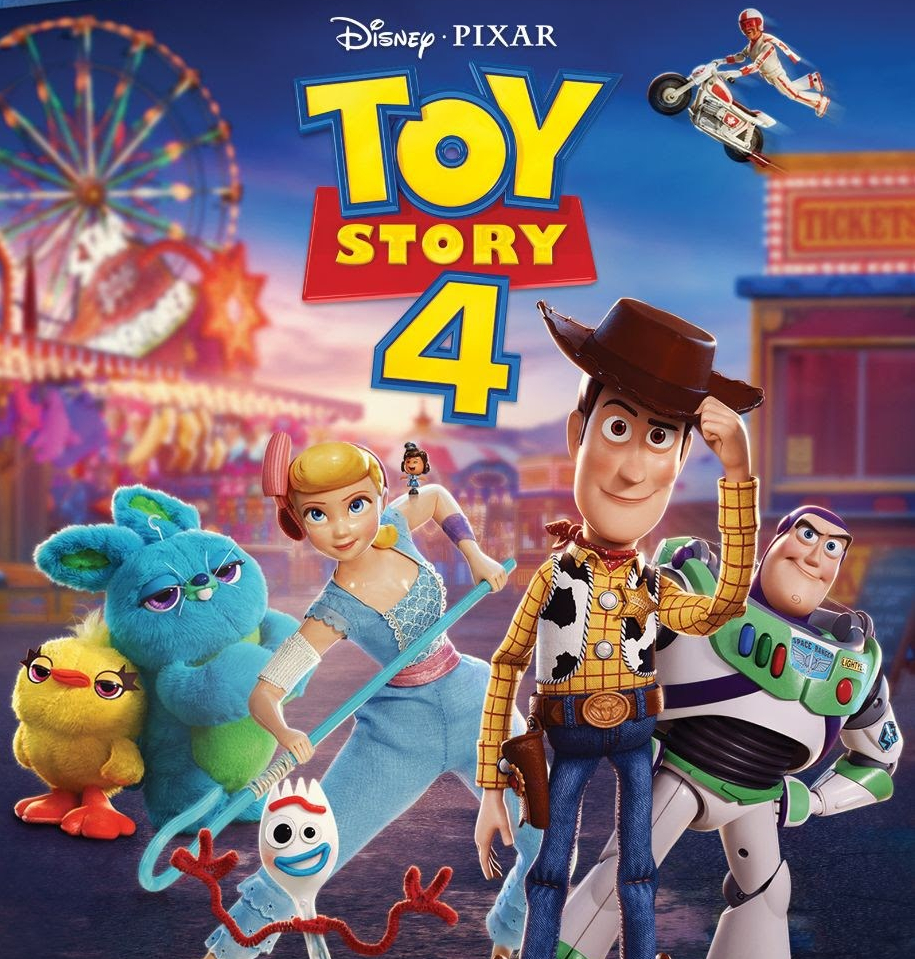 It was hard to imagine coming close to succeeding the phenomenal Toy Story 3, but Toy Story 4 is just as good and fun. Buzz, Woody and the gang and back at it, this time joined by some new friends, most notably “Forky”. Yes, a fork that’s as endearing as any character in the franchise. I loved this movie. It has the same Toy Story spirit established in the previous films and characters you’ve come to love.

The toy friends embark on a road trip journey where Woody comes across some old friends, namely Bo Peep. The two different worlds come together making Woody consider which world he’s meant to be part of. What’s great about the Toy Story movies is that they share a meaningful message and theme. The movies have a lot of heart, this one undoubtedly does also.

The story is great, the characters are familiar and fun. This is a movie for everyone. Toy Story does it again, for the fourth time, thus remaining one of the greatest franchises around that stands the test of time. This is an easy movie pick of the week.

Disney and Pixar’s ‘TOY STORY 4’ is out now Digitally and on Blu-ray, 4K UHD and DVD