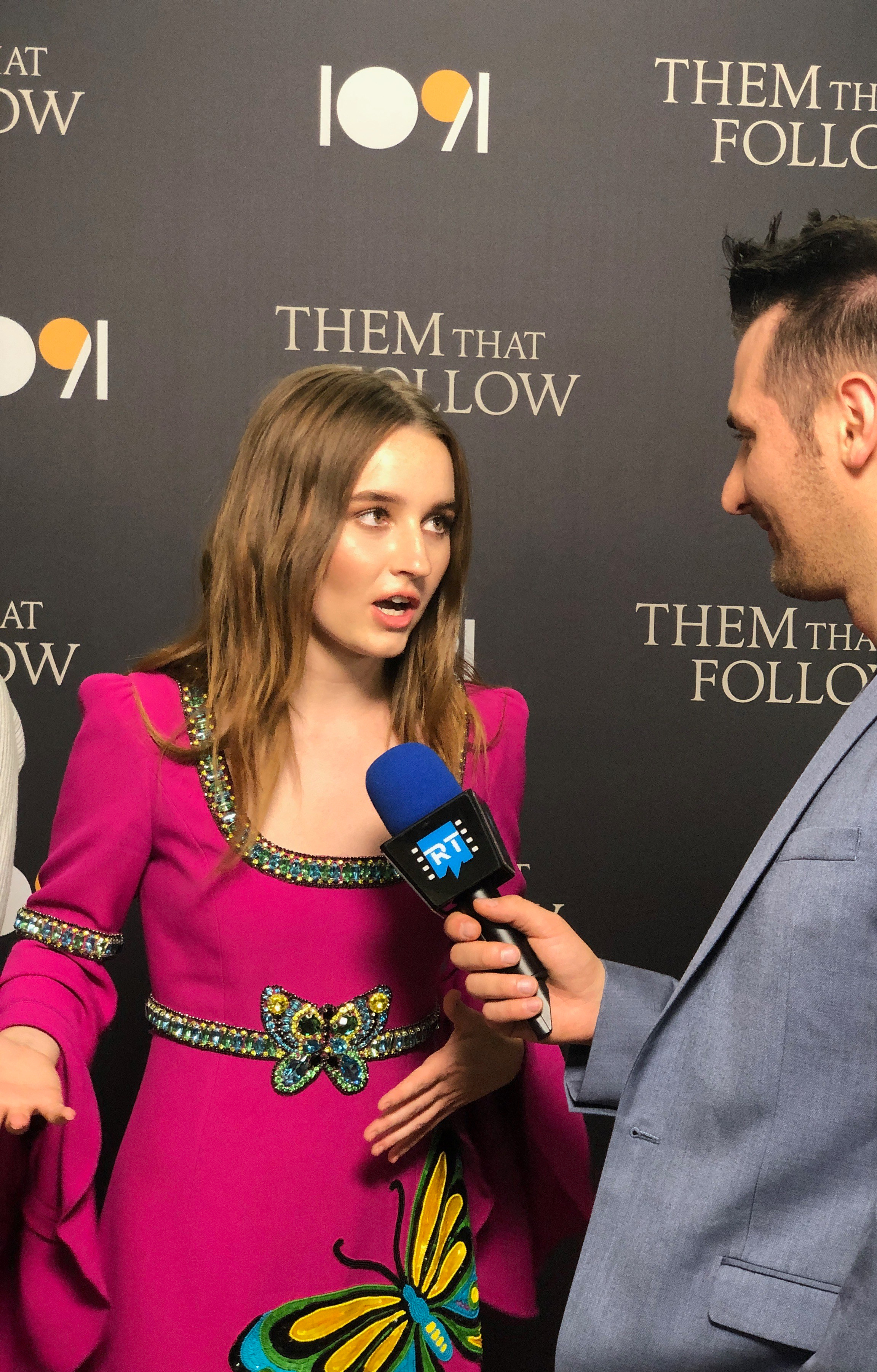 Them That Follow boasts a stellar cast with the likes of Olivia Colman, Jim Gaffigan, Kaitlyn Dever and many more recognizable names and faces. Recently the premiere of the film was held in Los Angeles. Reel Talker was on hand to interview the stars of the film as they walked the red carpet. Check out the interview with Jim Gaffigan, Thomas Mann, Kaitlyn Dever and more, below.

Kaitlyn was fun to talk to. She’s coming off one of summer’s most talked about films, so it was cool to hear her talk about her experience and summer plans. Krakatoa seemed like the place to be. From what Kaitlyn said, looks like the cast bonded there during filming. I didn’t know she did music, so that was a nice thing to learn about her. She seemed humble and nice.

Jim was a blast. He’s had a tremendous run with acting, after a distinguished career as a comedian. He has this dry deadpan humor in person which I appreciate. It was interesting to hear him talk about the current comedians who he enjoys watching. He’s a good interview, with lots of interesting things to say.

Thomas has appeared in several of my favorite films, I’ve followed his work for a while. He’s very much a normal everyday kinda guy, which is cool to see considering how successful he’s been. He talked about how much he learned from observing Olivia Colman work and event mentioned about his family summer trip to Ireland.

Britt was a delight to speak with. She was very personable and energetic. Just a very sweet person. She gave a lot of credit to Walter Goggins helping her out on the film. Britt did a tremendous job on this film and should be making a lot more quality films in the future. I enjoyed my conversation with her.

Dan was very excited for the premiere, so he had a great spirit about him. He looks so youthful. Dan and Britt co-wrote and directed the movie. This being the first one for them is a great accomplishment.

Previous post Nikki Bella and Artem: Share Their Favorite Activity Together, Her Return To The Ring and Nikki’s Nightly Bedtime Routine