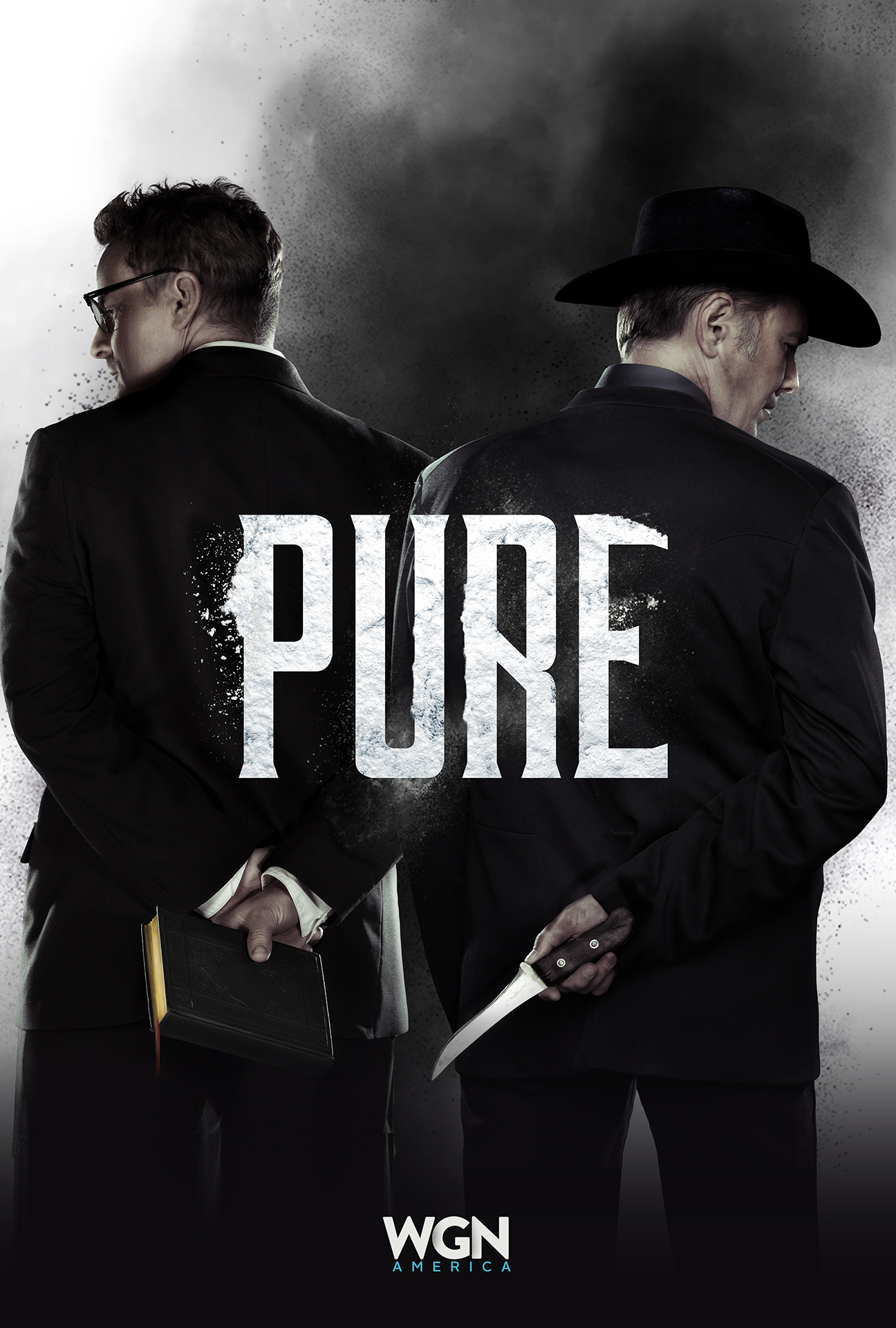 Ready to see one of the most captivating shows you might not have heard of (unless you live in Canada, perhaps)? Well, tonight you should be tuning into WGN America for the premiere episode of season two of “Pure”. The show is inspired by true events of a Mennonite pastor that attempts to get rid of a drug carter from his town. If you were compelled by season one, just wait and see what season two has to offer.

While we are two years removed from the first season, the second season picks up with Noah Funk (Ryan Robbins) in exile and away from his family. Noah’s wife Anna (Alex Paxton-Beesley) is trying to scrap together jobs to support the family and also attempts to be admitted back to church. Meanwhile, bad guy Victor Estrada is lurking in the shadows and Anna and her kids are in danger.

There is a lot going on here storyline wise. Noah is on his own sulking in shame and disappointment, not looking to be found. The premiere episode suggests that Anna will play a big part in this season and she’s about to risk it all for her family. I like the switch in dynamic that this season promises to have. The first season was centered around Noah and his attempt to infiltrate the mob, while this season suggests that Anna will be doing the cartels dirty work in order to save her family.

While Ryan Robbins and Alex Paxton-Beesley might not be household names, they are very good actors. They are ideally cast in their respective roles. I have to mention the kids played by Dylan Everett and Jessica Clement. They play significant roles in this episode and looks like they will this entire season, especially when it comes to Everett, whose involved in the most jaw-dropping moment of the episode.

It would be beneficial for more characters to be introduced, so that we can have someone else to focus on besides the Funk family. Show creator Michael Amo does nice work with making you feel unsafe, even if you are watching it from the comfort of your home. His use of detail and guiding you alongside the characters makes it that much more intimate.

If you are not familiar with Mennonites, you will might feel a bit lost, but will gain some basic knowledge through the show. It’s not an eye-catching show. I’d recommend checking out the first season before you fully dive into this one. You can still watch this episode without getting lost and have a foundational idea of the concept, but knowing the backstory and these characters will change the perception.

This show won’t sell you on anything fancy. No CGI, star names or outlandish sets and production values. It’s plain and simple, fittingly goes along with the story and setting. This is a show about characters and the landscape they are facing in their lives. It’s a show that packs high stakes and tension. Family and faith are a big part of these characters existence, so the theme resonates.

Absolutely. “Pure” is one of these underrated gems. It doesn’t shy away from intense moments and some uncomfortable situations. It could turn away some with the up-close violence, but it does make it more raw and movie-like. As I mentioned there aren’t any flashy aspects about this show, maybe it could use a little flare esthetically to get it more casual appeal. The Funks are back and prepare for another blood filled and thrilling season.