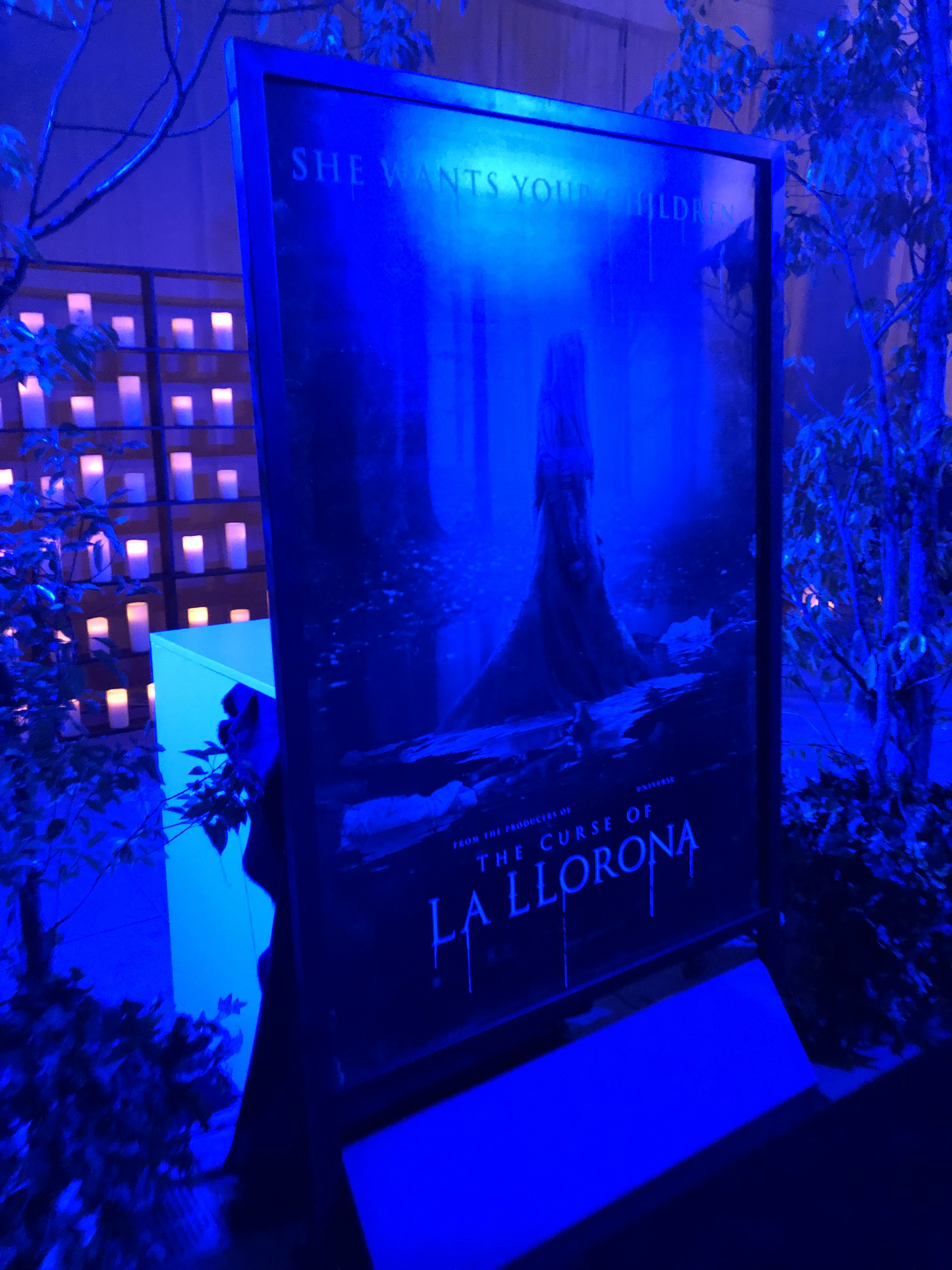 Fortunately I didn’t grow up hearing the tales of La Llorona, or else I might still be having nightmares. In the Latin culture, La Llorona is definitely a thing. Who better than the modern day master of horror, James Wan, to deliver the fear of La Llorona to all of us. Wan is the producer of the film, but Michael Chaves is the director of The Curse of La Llorona.

Reel Talker was on the “black carpet” for the festivities. Interviews with Chaves and stars Linda Cardellini, Marisol Ramirez and other special guests can be found in the video below.

It was a true pleasure to be on this black carpet, that was held at the legendary Egyptian Theater in Los Angeles. The set-up was amazing. There was a lot of work that went into making this black carpet event as interactive and symbolic of the movie as possible. In a way it was like experiencing a haunted house. The fog, lighting, and sound effects were great. You may have noticed the growl and “niño” scream repeating in the background during the interviews, which was stuck in my head throughout the night.

The turnout was great. I had a chance to speak to the main actors and of course the director. Linda and Marisol did group interviews with section I was in. Michael came through first. I can’t remember speaking to a director that was that excited and energetic as he was. I usually try to bring the energy to every interview, but he out-energized (is that even a word?) me. It was fantastic. I found him to be extremely personable. Can’t say enough good things about him based on my encounter.

I was thrilled to get a chance to speak to Lin Shaye. Arguably the modern queen of horror. She’s so fantastic doing the horror genre. Lin brings so much truth and authenticity to her characters. She’s amazing.

Thank you Melanie Jones for sharing your production design expertise with me and breaking down the mystery of the horror movie wallpaper! It’s great to talk to the people who work behind-the-scenes on movies, as they have such a unique perspective and knowledge to share.

Overall, this was a first-class event. The setting felt like a great warmup to the movie. Everyone I spoke to on the carpet was very pleasant and happy to be there. It was just a great location, atmosphere and setting all-around. Warner Bros. sure knows how to put on a great show, on and off screen. Great experience.

I’m looking forward to seeing La Llorona. At this point Wan hasn’t given us a reason not to trust his films. He has the pulse on the modern horror genre like no other. It’s cool to get a story that’s particular to a specific culture and now gets to be shared with the world. Keep an eye out on Chaves. He’s a budding star director.

THE CURSE OF LA LLORONA is out now in Theaters everywhere. Check your local listings for times and locations

2 thoughts on “‘The Curse of La Llorona’ Movie Premiere”