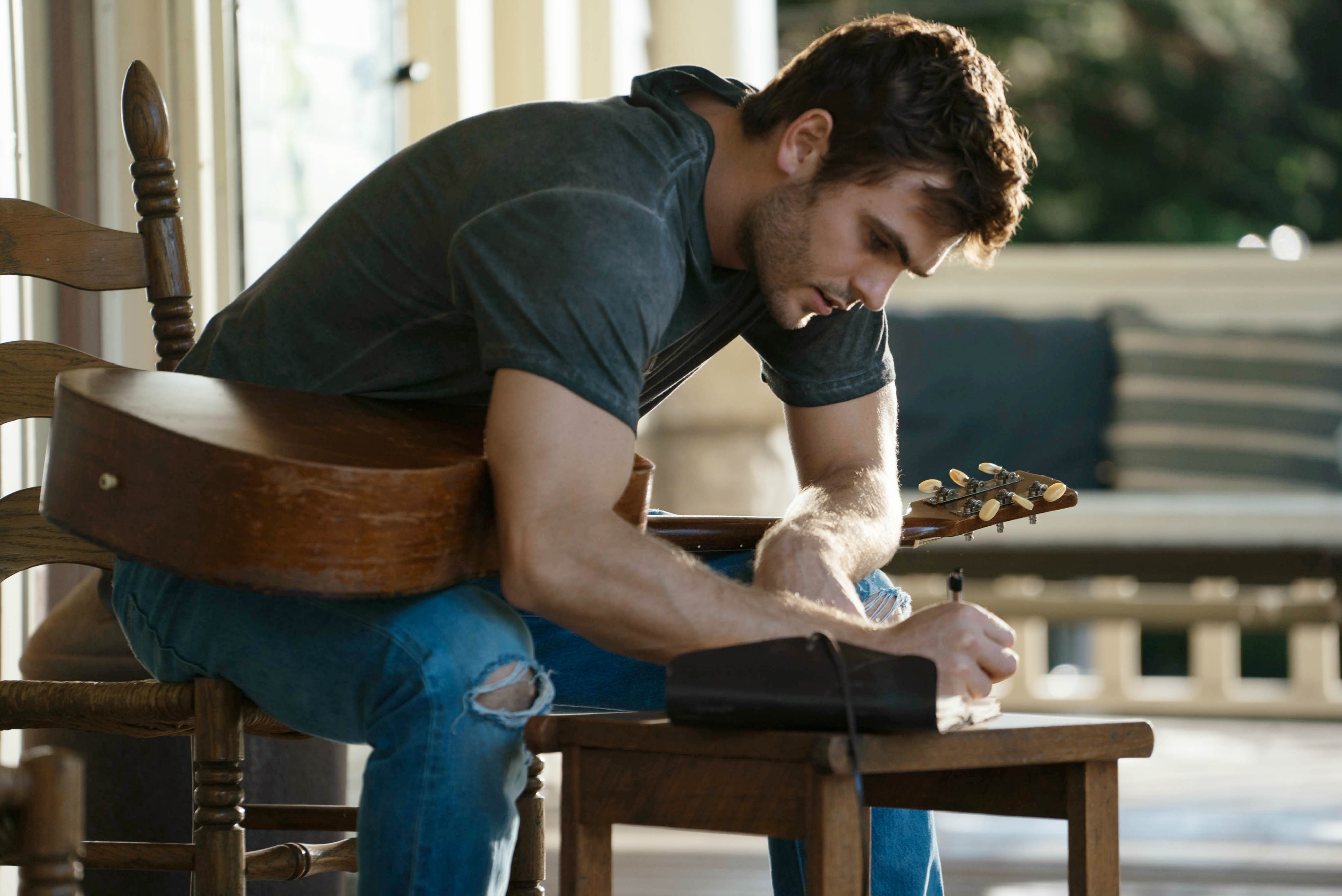 The first major romantic movie of the year is out now. Forever My Girl (out in theaters) tells the story of a famous country singer returning back to his small hometown to fix the past he left behind. The movie stars up and coming young stars Alex Roe and Jessica Rothe. I had a chance to speak to Alex Roe about the movie and he even shared his favorite romantic movie.

How did you become familiar with the character even though you’re from England and this character is a country star from the Louisiana?

AR: It was really important to me that I did the best I could with it. Just studying country singers and develop a sound with Brett Boyett for this guy. I’ve never sung before so it was definitely daunting, and I definitely never sung in an American accent, particularly any country music.

How did you approach the bringing out of the fatherly traits needed for the scenes with the young daughter:

AR: I think I was really lucky. Obviously I’m not a father, my kinda relationship with Abby, who plays Billy, I was trying to figure out how to work with an 8-year-old kid, I’ve never really done that before. I was figuring out how to work with Abby and develop some sort of chemistry and have fun with her on set and kinda keep her infused and energetic, not that she didn’t bring those things to the table anyway. During filming I was learning in the same way Liam was learning.

I was excited to talk to Alex. Originally, he was scheduled to be on a press tour in Chicago and I was supposed to interview him in person, but the tour fell through, it happens. Alex seemed like a very chill cool guy. This role of playing Liam Page was a far removal from what he’s done previously, it was bold of him to take on this challenge. It can’t be easy to learn an American southern accent, much less play and instrument and sing, and he’s a British guy.

While it wasn’t a standard Nicholas Sparks romance (it was more of a drama), the romantic aspect did come through and it was fitting to the plot. So the plot was fairly predictable, but it didn’t focus solely on the romance between Liam (Alex’s character) and Josie (Jessica Rothe), it incorporated the little girl Billy (Abby Ryder Fortson).

As a guru of romantic movies, I had to ask Alex about his favorite ones. He said that the Before Sunset series with Ethan Hawke were some of his favorites. Good choice. We also discussed Me Before You (my personal all-time favorite romance), which was cool to find out that he’s seen it also. Wish I had a little more time to talk to him about other topics, but I enjoyed the time I’ve had.

Forever My Girl gets my romantic stamp of approval. Good romantic movie to start to the year.

Forever My Girl is out today in theaters in Chicago and all across the country. Check your local listings for times.