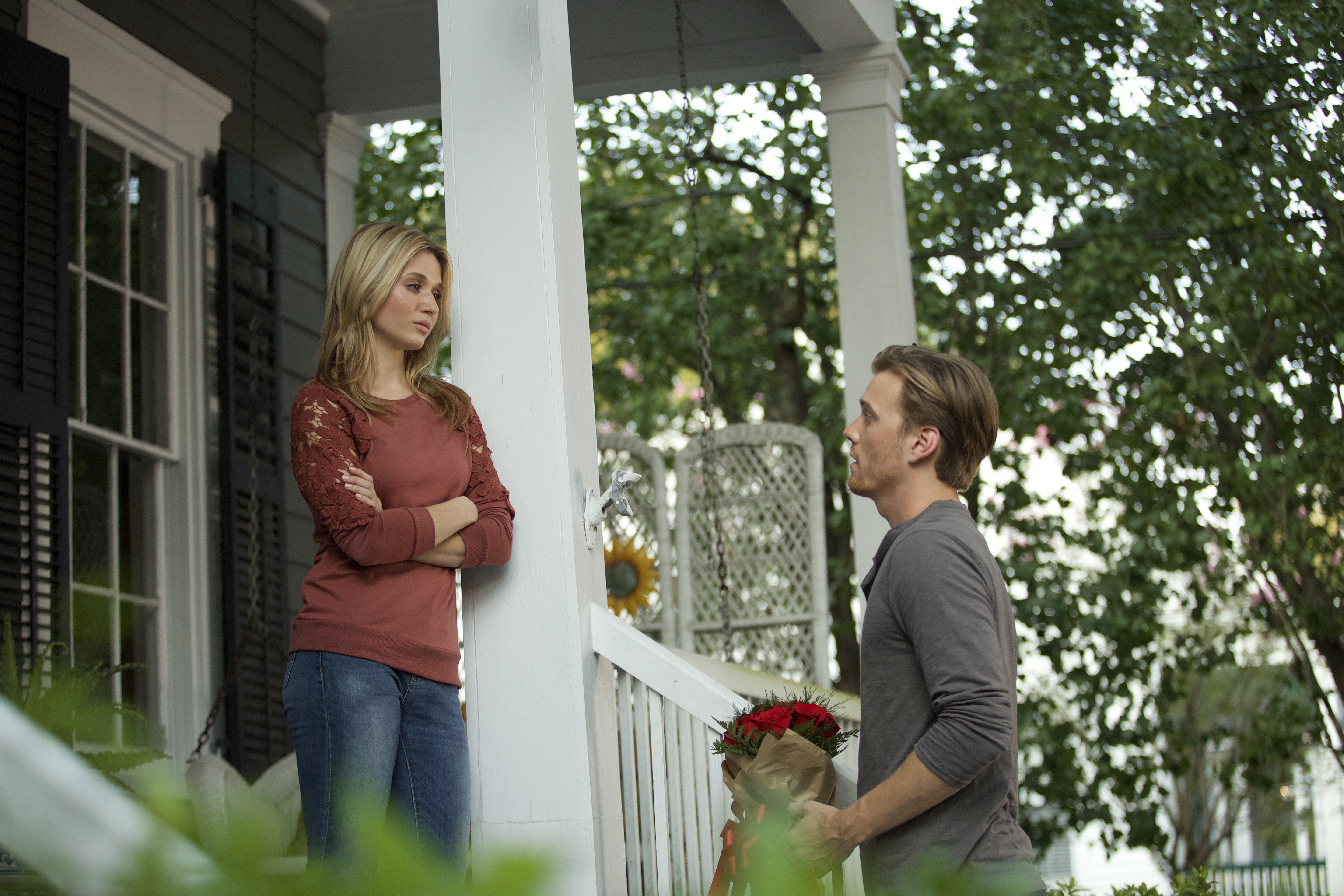 You don’t have to know where Tashkent, Uzbekistan is. Don’t even pretend. What you should know is that Tashkent is the birthplace of actress Rita Volk. Chances are you’ve seen Rita on the popular MTV show Faking It. Currently, she’s starring in the indie gem Almost Friends. I had a chance to speak to Rita about her role in the film, her birthplace, Uzbekistan, and much more. You can check out the interview below for the excerpts and audio.

What attracted you to this role:

RV: It was just another script sent to me, another audition. I went in on it cause I liked it. I just thought it was written very real, It seemed very real. That’s always a good thing, like a tried and true method of expressing goes on. It just having something written in a way we can all relate to, which I thought this film did a really great job doing.

Was being and filming in Alabama help you and the cast come together:

RV: Absolutely, anytime you’re in a new place together you’re experiencing things together, you’re seeing it through different eyes together. At one point during the week we took a day trip to New Orleans. That was so much fun. New Orleans was such a cool place, even Mobile (Alabama). We live in a bubble here in LA. We all live in big cities, so to see something smaller where it felt really different and unique in it’s own way and you’re doing it together.

I could really relate to Rita. I’m sure many of you can also. Being in that place where you’re afraid of life’s unknown. That lethargy and paralysis that she speaks of, I know I’ve felt it. The mental wall block, that self-doubt, shit, I still feel it often. When she talked about the breaking point and her rock-bottom of feeling like a zombie with all that weight on her shoulders. I know exactly what she meant. Wanting to pursue something you’re passionate about and determined to do while everyone else doubts you. It spoke to me. Wanting to pursue acting and working in the entertainment industry. Trying to break out as a critic and or actor. I’m sure all of you reading this can think of your own version of this struggle.

When Rita spoke of having immigrant parents who didn’t understand the pursuit of wanting to be in entertainment, but her parents wanting her to have a real “profession”. As someone who is first generation American with a Polish born mother, I get it. Many of us come from various backgrounds and if your parents weren’t born here, I’m sure they have similar ideals and visions for their kids future.

This is one of these conversations I’ll definitely remember for a long time. Felt as if I knew Rita for years. That commonality is hard to come by, unless you share some unique similarities. Hopefully you got something out of this interview and were inspired as I was from what Rita said. Her message was simple—go for it.

Previous post Must See Movie Releases of the Week