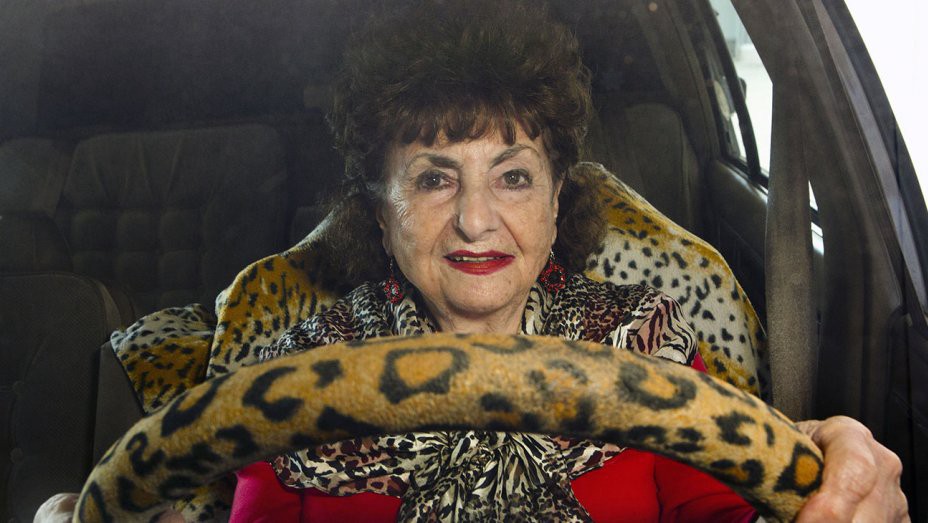 Big Sonia (in select theaters now) is a fantastic documentary about a woman that has overcome tremendous obstacles in her life, surviving the Holocaust being one of them. Sonia’s life is one-of-a-kinda and it’s chronicled by her granddaughter Leah Warshawski and Todd Soliday, who direct this film. Check out my fun and insightful conversation with them below

What prompted you to have this be the point now to make this film:

LW: We began filming when Sonia was eighty-five and at that time we realized that in our lifetime all of the survivors (Holocaust) would be gone.

TS: The clock was ticking.

LW: The clock was ticking. Also, when we set out to make the film we started out making a short film, it obviously morphed into something bigger and multi-themed. Our intention was to make a short film when she was eighty-five about the shop while she was still healthy.

How did you plot and plan the movie:

LW: As you probably know as I’m sure you talk to many filmmakers, everything in the process is dictated by budget and funding and how much you have or don’t have. For us it’s been a six-and-a-half year fundraising process. I’d say we are still raising money, we are always raising money to keep going. Funding is essentially who it took us as long as it did.

TS: We knew it was a fair bet that Sonia would land in a way that only Sonia can land as she’s done over and over throughout her life. So many times she shouldn’t have survived, but she did.

I really enjoyed speaking to Leah and Todd. They were very forthcoming and personable. There are so many notable little tidbits that they shared about Sonia and the filmmaking process. It was interesting to hear Leah talk about the movie bringing her closer to Sonia than she ever was. Todd’s takeaway was also notable how making this film and witnessing Sonia made him reflect on his own family dynamic and appreciate it that much more. This is what this movie accomplishes. Sonia is an inspirational person. To survive the Holocaust and share her life experiences with people seeking guidance and a perspective is very powerful.

I can relate to having a Sonia-like family member. Coming from a Eastern European family background, I’ve had family members that had a little Sonia in them. In a sense I think of my mom. There is a lot all of us can take away from Sonia. Her spirit is infectious. I know seeing her go about her life motivated me in many ways. First of all I wanna be in damn good shape like she is, so I need to up my activity level! The fish topic was my favorite. I had no idea anyone liked fish in jelly?

Do you have someone in your family similar to Sonia? What did you take away from what Leah and Todd had to say? Please let me know if you’re a jelly fish aficionado hiding out there. Leave your comments and share below or let me know on Twitter @TheJimAlexander or @TheReelTalker

Big Sonia is out now in select theaters, check your local theater listings