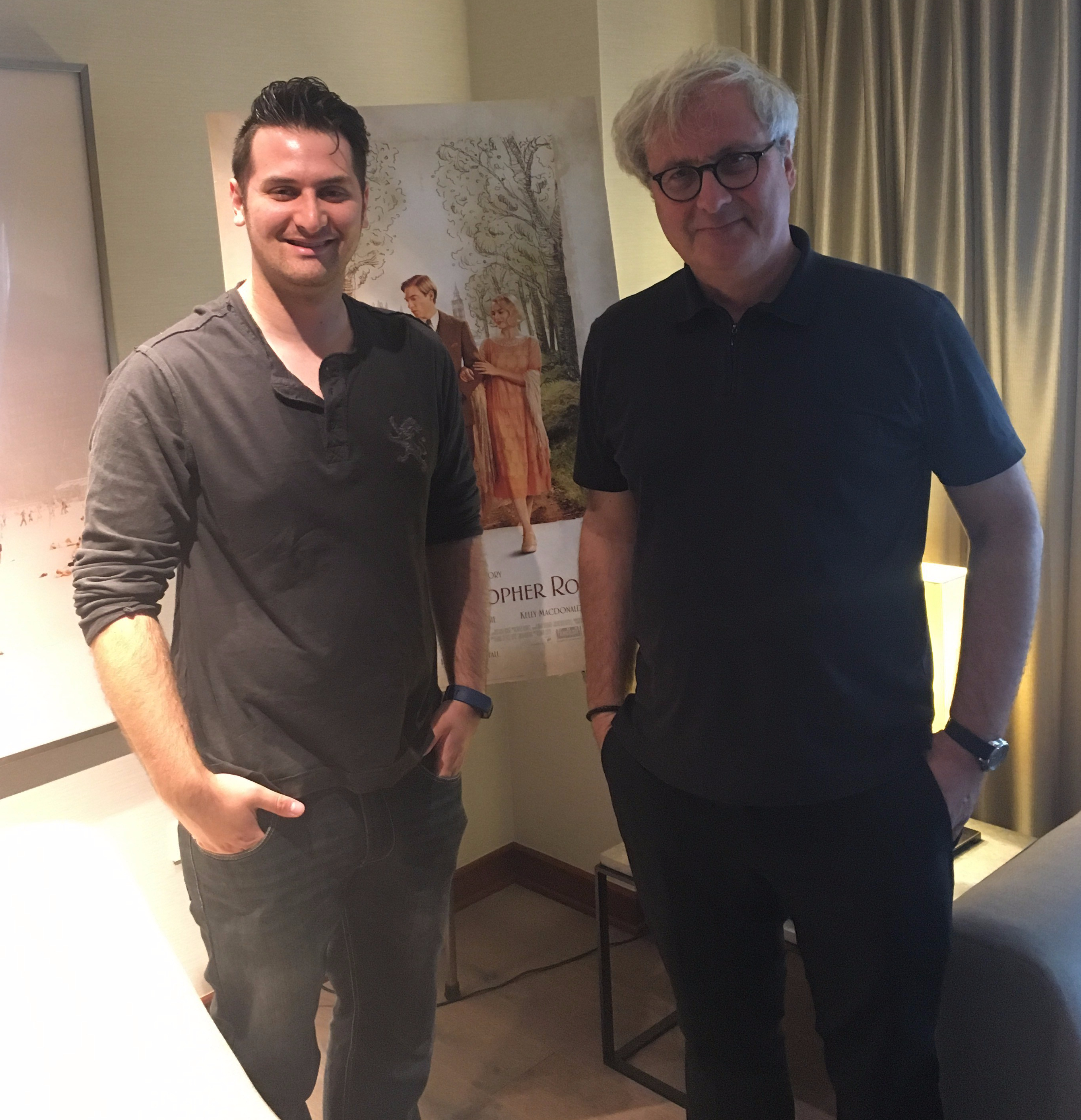 It’s safe to say that majority of kids in this country and around the globe grew up with Winnie the Pooh in some way. Whether it was your favorite bedtime story, favorite animated film, or even your favorite plush toy (I had a Piglet and Pooh push toy). Winnie the Pooh is one of the trademark Disney favorites, but the story of Pooh didn’t start out as a Disney tale.

In Goodbye Christopher Robin, director Simon Curtis brings forth the real story of Winnie the Pooh and the people that brought it to life. I sat down with Curtis at the Park Hyatt Hotel on his press tour stop in Chicago. I walk into the hotel room, Curtis walks over and introduces himself to me and shakes my hand. He sits down on the couch comfortably leaning in my direction, as I sit down in a chair to the side of him. We delve into the movie immediately.

“I wanted to tell a story about a father and son,” said Curtis, discussing the important element of the story that he wanted to tell.

Curtis points out that aside from the creation of the Winnie the Pooh story, there are other important factors he was glad to depict. He mentioned how important it was to to highlight the father-son relationship, but also the trauma of PTSD that A.A. Milne silently suffered through.

“Back then there was a shame associated with PTSD, they called it as shell shock, that no one wanted to talk about, people wanted to avoid talking about the war.”

The film depicts the life of A.A., played by Domhnall Gleeson, and the personal struggles he had to endure prior and during the writing of the Pooh story. A.A. isn’t a present father figure for his son, Christopher Robin.

“During the time that the story takes place in England, especially the upper middle-class families, the nannies took care of the children and often spent more time with them than the parents” Curtis said.

In the movie, the nanny, Olive (Kelly Macdonald), plays a critical role in raising Christopher Robin (Will Tilston). She’s the mother figure to the boy, while the actual birth mother Daphne Milne (Margot Robbie) goes on a hiatus and leaves him and his father behind.

“We auditioned hundreds and looked through thousands of boys until we found Will. He looked like Christopher Robin and was just terrific.”

Indeed Tilston is wonderful and very likable in the film, but so is the older version of Christopher Robin, played by Alex Lawther.

During the discussion, Curtis decides to present an impromptu quiz by asking, “Do you know what movie you remember seeing him (Lawther) from?”

I had to ponder. Struggling to put that familiar face with the character in a movie I could remember seeing. Luckily, Curtis was there with the helping answer.

“He was the young Alan Turing, the younger version of Benedict Cumberbatch in Imitation Game,” Curtis says excitedly.

When the book gains worldwide popularity, Christopher Robin becomes a huge celebrity figure. The boy didn’t understand why he was being exploited and why strangers paid so much attention to him, he struggled with the fame as he was bullied as he aged and turned into a young adult.

“Christopher Robin may have been the first celebrity child with these showbiz parents. He didn’t want anything to do with the fame, he just wanted to be a regular boy.”

I asked Curtis about why the film didn’t touch upon the Disney connection, but he felt that it was important to tell the story of the people involved and there wasn’t any Disney involvement necessary, as that was something that happened after the events that he wanted to detail in the movie.

As the interview was winding down I mentioned how I felt a personal connection to the story and related it to the relationship I had with my father. I told Simon that I recently lost my father who he did have personality similarities to A.A. Milne, as he struggled with showing emotions and bonding with his children also. This movie made me reflect on that relationship we had. Curtis told me he was very pleased and touched that the movie connected with me on that level. In response to what i shared, Curtis said, “That’s all I could hope for, to have someone have that reaction and meaning from it. That’s wonderful that you did. Thank you.”

Goodbye Christopher Robin is out now in select theaters in NYC & LA and opens Chicago & nationwide on October 20.