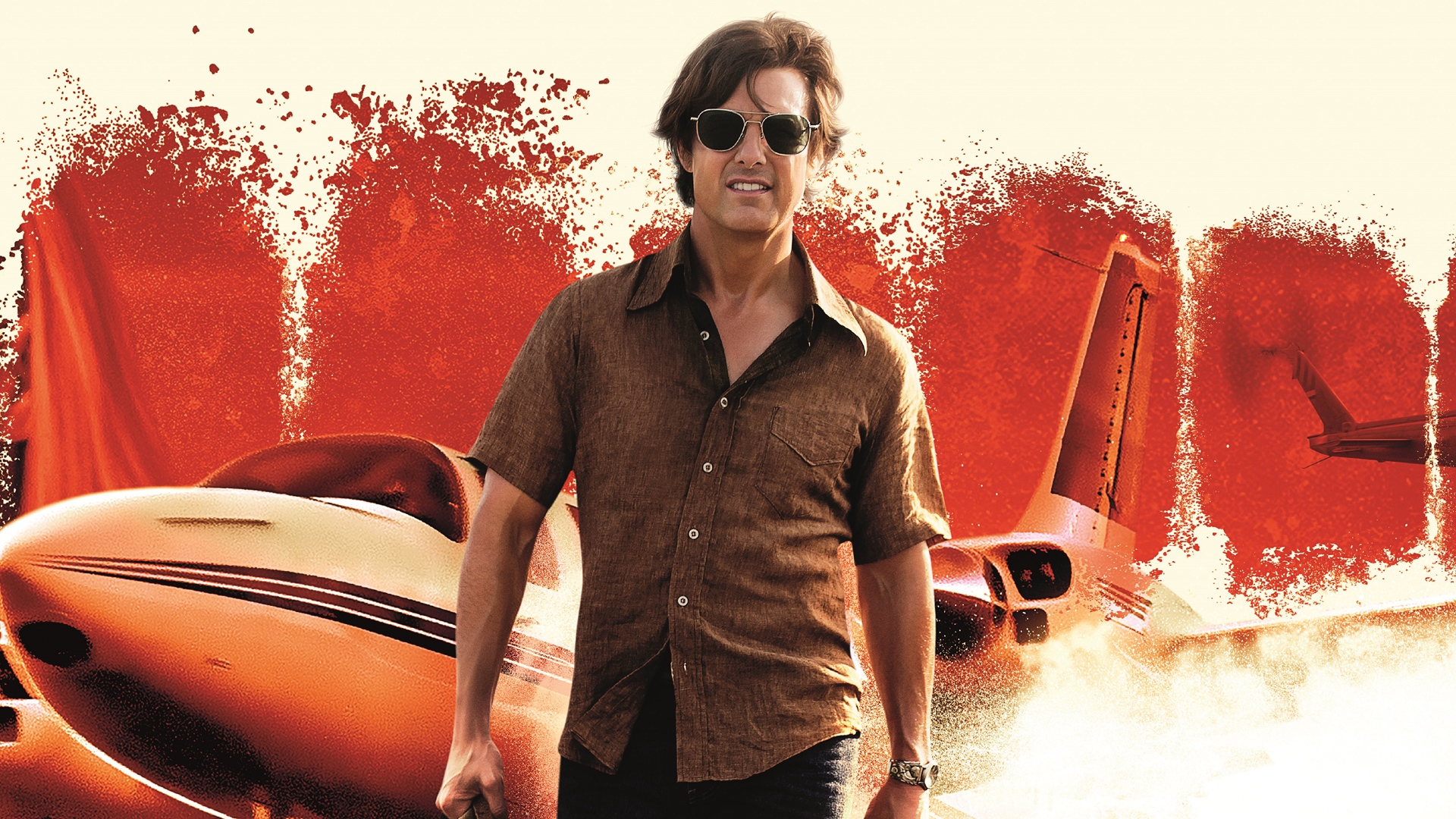 Tom Cruise has made it!

Ok, so that happened about 30 years ago, but what he has made (shameless pun) is a comeback from the disaster earlier this year called The Mummy. Cruise is terrific in American Made. Granted, it’s just the sort of film that I’m drawn to, one that’s based on a true story and real individual who overcomes something insanely impossible, lots of action, good cast and director. This movie has all the ingredients to make it a must-see. Here is the breakdown of why you should go out and spend on it this weekend.

Based on a true story of a (crazy) pilot named Barry Seal (Tom Cruise) who became a drug runner for a South American cartel and CIA associate stateside. I couldn’t believe this story hadn’t been told prior to this. Seal’s double dipping journey spanned from the late 70’s into the mid 80’s where the film’s story takes place in. How does Seal get into this peculiar situation? Well, he’s starts out as a domestic pilot, seeking some thrill in his life, so he’s approached by a CIA guy at a bar. Obviously this sort of stuff happens to us all the time in everyday life, right? I think not. Seal gets bamboozled into taking the gig (all it took was a fancy personal plane) and soon after gives into additional temptations, of money from a cartel. Are you trying to put this all together? So did I initially, but it’s not confusing, as the movie does a good job explaining things in simple terms.

This is exactly the kind of role Cruise has been made for. A throwback to the days where he used his charm and charisma, instead of his daredevil acts of defiance aka any Mission Impossible movie. Cruise plays a real guy, and boy is it insanely fun watch make the character come alive. Of course he still uses his signature cackle laugh and huge smile along the way. I enjoyed this character because it’s hard not to like and root for him. Even though he’s committing crime and working for and against the American government.

As in most Cruise movies he notoriously surrounds himself with up-and-coming talented supporting actors. Look back at any Cruise movie in recent memory, and ask yourself how many big A-list actors star alongside him? Emily Blunt in Edge of Tomorrow, maybe? Even though she wasn’t a bonafide A-lister back then. I’m not sure if that’s an admirable thing or not that he does that? The supporting actors that stand out in this film are Sarah Wright and Domhnall Gleeson.

Wright is certainly rightly cast to play Cruise’s wife. Thankfully she’s married with kids in real life, so he wasn’t casting her to become his actual wife. That’a a thing also, look it up. Wright, just isn’t some eye candy, even though she’s beautiful and has that Margot Robbie appeal about her. She delivers a lot of cool sweet sassiness in the role of Lucy Seal. Hopefully, this movie and part can open the door for her to other prominent roles. Gleeson plays a fun shady CIA recruiter, ‘Schafer’, a bit of a removal from the characters he usually plays.

The look and sets resemble the 80’s nicely. The cars, clothing and style are on par. Unlike the recent,IT, which made me doubt and debate what time period the movie took place in. No worries about that here, it’s definitely the 80’s, looks and feels like it. When it comes to sounds, expect to hear a lot of airplane engines. There is a lot of action that takes place so it’s fast and loud in many ways, especially when Cruise is flying his planes around like a madman.

You’re damn right it was entertaining. This is one of the better movies of the year. I loved War Dogs and Pain and Gain and this film could fit in right alongside those. It has similarities in the outrageous hard to believe plots that are based on a true story and real people. Director Doug Liman has a rapport working with Cruise (Edge of Tomorrow) previously, but even if they hadn’t worked together, the style that Liman tends to incorporate is fitting for a movie of this caliber. He’s done well with action films that project a real sense of reality about them (Bourne movies).

There isn’t really any point in American Made where you can turn away or where it loses your attention. I made the fastest bathroom break possible during the screening, I may or may not have even flushed. There is always something going on, whether they are racing planes or having secret discussions about a drug run, it’s still interesting. I had to catch myself a few times thinking about the possible realities and how could some of these things actually have happened?

People like watching money, literally, in movies. There is a memorable scene where Seal is trying to hide all the money he’s making and he’s running out of room and locations to hide it in! I guarantee half of the audience that will be watching will attempt to picture themselves with all that cash and how they would have handled it. Money is fun and Cruise makes it fun the way he uses it in the film.

PROS:
I’d be hard pressed to say this movie isn’t enjoyable. The theme is exciting, the subject is intriguing and the execution is top-notch. The acting is strong from top to bottom. Cruise will make you fall-in-love with him again, for those of you who have divorced him after the Oprah couch jumping fiasco. It’s okay to love him again. Hey, you also get to see the rise of some famed criminals, such as Pablo Escobar (Mauricio Mejia), who is featured in the film as one of Seal’s criminal bosses.

CONS:
You might not like it if you’re..asleep? But why would you be asleep during this? Only real excuse for not finding this movie appealing is if you’re seeing it with a ridiculously hot date and you two decide to start making out? But even in that scenario you’re still at the movies. Point is, this is an awesome film. One of the most entertaining and fun times you’ll have at the movies this year.

(One Of The Best Must-See Films Of The Year)

Next post Must See Movies of the Week (Sept 26)