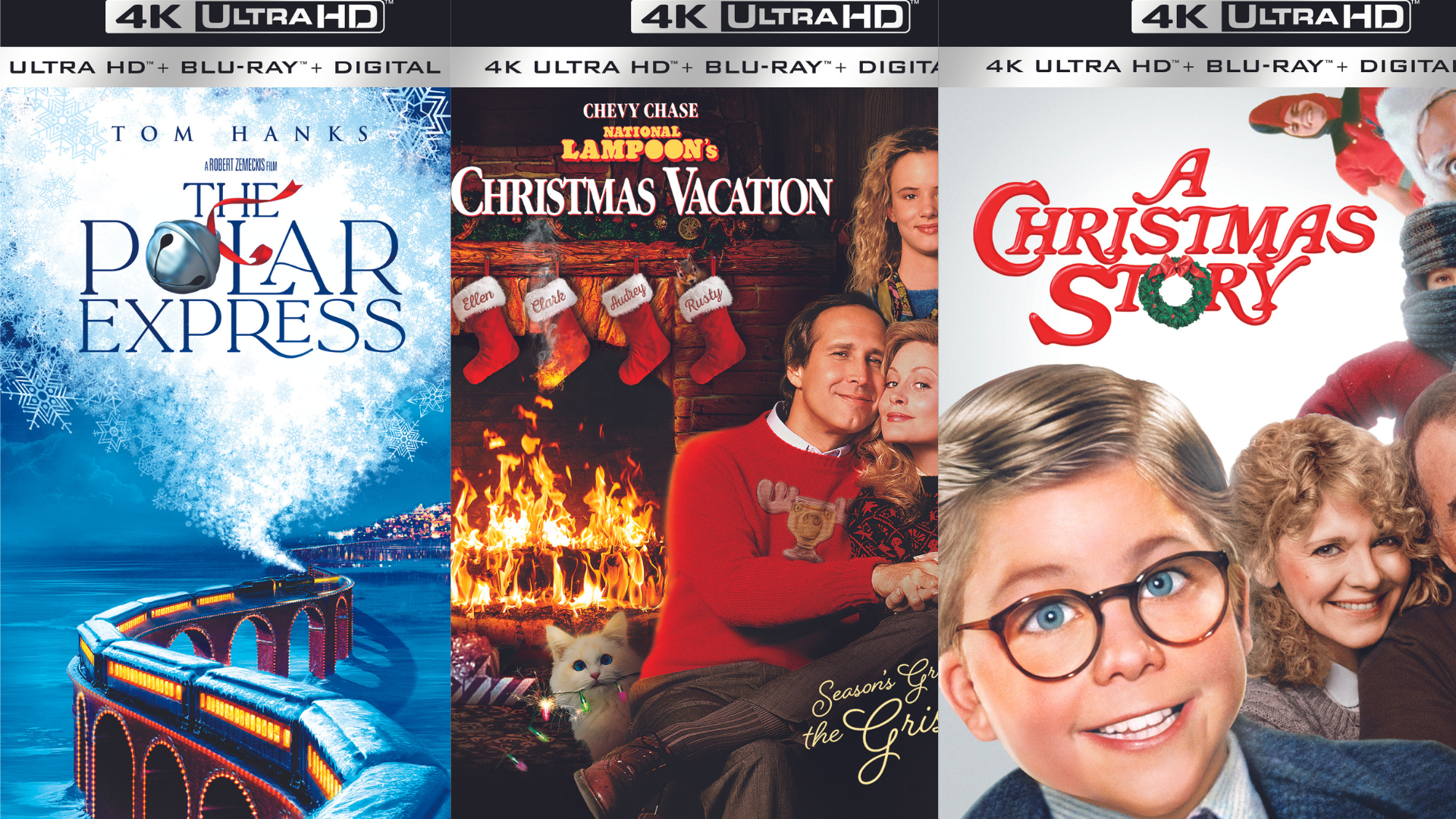 The holidays are right around the corner, so it’s time for holiday movies! This holiday season you’ll be able to see four holiday classics in supreme 4K definition. National Lampoon’s Christmas Vacation, Elf, The Polar Express and A Christmas Story are making their 4K debut on November 1st.

As the holidays approach, Clark Griswold (Chevy Chase) wants to have a perfect family Christmas, so he pesters his wife, Ellen (Beverly D’Angelo), and children, as he tries to make sure everything is in line, including the tree and house decorations. However, things go awry quickly. His hick cousin, Eddie (Randy Quaid), and his family show up unplanned and start living in their camper on the Griswold property. Even worse, Clark’s employers renege on the holiday bonus he needs.

The film is directed by Jeremiah S. Chechik. The screenplay is by John Hughes and based on characters by Hughes.  The film is produced by Hughes and Tom Jacobsen and stars Chevy Chase, Beverly D’Angelo and Randy Quaid.

Set in a 1940s-era Midwestern town and told from the viewpoints of a seven-year-old boy, who only wants one thing for Christmas — a Red Ryder BB gun — the episodic tale chronicles not only his schemes to convince his mother and father to buy him one, but also offers a warmly nostalgic look into 1940s middle-class American life. From the stories of, and narrated by, Jean Shepherd.

The film is directed by Bob Clark.  The screenplay is by Jean Shepherd, Leigh Brown, and Bob Clark and is based on the novel “In God We Trust: All Other Pay Cash by Shepherd.  The film is produced by Rene Dupont and Bob Clark and stars Melinda Dillon, Darren McGavin and Peter Billingsley.

Additionally, A Christmas Story Christmas, from Warner Bros. Pictures and HBO Max, will debut on HBO Max on November 17.  The long-awaited follow-up to the annual holiday favorite A Christmas Story, this time Ralphie is all grown up and must deal with Christmas and all that comes with it…as a dad.  Peter Billingsley returns to the role that has made kids of all ages anticipate Christmas morning like no other.

This hilarious Christmas film tells the tale of a young orphan child who mistakenly crawls into Santa’s bag of gifts on Christmas Eve and is transported back to the North Pole and raised as an elf. Years later Buddy learns he is not really an elf and goes on a journey to New York City to find his true identity.

The film is directed by Jon Favreau and written by David Berenbaum.  It is produced by Jon Berg, Todd Komarnicki , and Shauna Robertson, and stars Will Ferrell, James Caan, Zooey Deschanel, Mary Steenburgen, Edward Asner and Bob Newhart.

When a doubting young boy takes an extraordinary train ride to the North Pole, he embarks on a journey of self-discovery that shows him that the wonder of life never fades for those who believe.

The film is directed by Robert Zemeckis from a screenplay by Zemeckis and William Broyles Jr.  It is based on the classic Caldecott award-winning children’s book written by Chris Van Allsburg.  The film is produced by Steve Starkey, Zemeckis, Gary Goetzman, and William Teitler, and features the voices of Tom Hanks, Daryl Sabara, Nona Gaye, Jimmy Bennett, and Eddie Deezen.

National Lampoon’s Christmas Vacation, A Christmas Story, Elf, and The Polar Express in 4K UHD will be available to own for streaming and download on November 1, 2022

Previous post <a>PREY FOR THE DEVIL: Is it one of the best exorcist themed movies? (Spoiler Free Review)</a>

Next post Watch These Movies if You Want a Good Cry