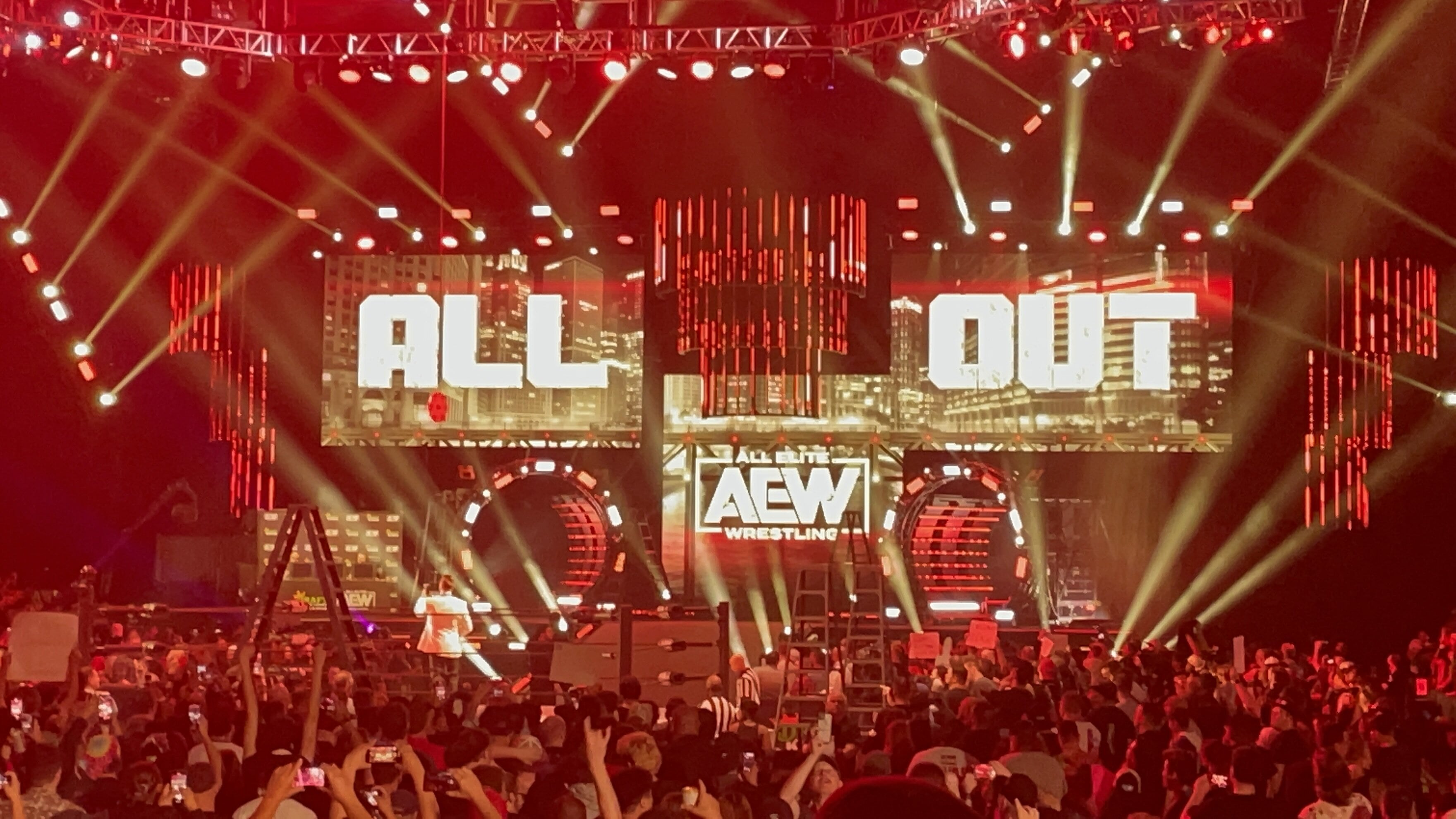 All Elite Wrestling (AEW) and the city of Chicago are a great match (no pun intended). The city of Chicago has been the unofficial “home” for AEW since it’s inception. With that come certain traditions. The first ever ‘All Out’ PPV debut in Chicago, and if we are going back pre-AEW, the spark that lit the fire was the ‘All In’ event in 2018.

Chicago has hosted numerous AEW events since 2019’s first ‘All Out’, among them, “Dynamite”, ‘Revolution’ PPV, the first ever “Rampage” and “Forbidden Door”. Needless to say when it comes to Chicago, it’s easily distinguished as the hub for AEW.

Luckily for me I’m based in Chicago. I’ve attended most of the AEW events since the company started coming to Chicago. The 2022 ‘All Out’ was highlighted by a week long of festivities in Chicago that included live tapings of Dynamite and Rampage, Fan Fest and All Out. The shows took place at the NOW Arena in Hoffman Estates, IL (suburban Chicago).

I attended them all. So here is a recap of my experience and AEW’s Chicago takeover.

Solid shows. Main takeaway CM Punk absolutely LIT.IT.UP. He cut a sensational promo. Going into the crowd and rallying all of Chicago behind him. It was spectacular. The crowd was on-fire over it. Sold the match with Jon Moxley and the PPV in that moment. The build wasn’t long, the backstory was there with the interim versus original champion.

Women’s championship match was changed last-minute due to Thunder Rosa not being able to defend her title. So now the match was set on Dynamite as a four-way battle for the interim title with Britt Baker, Hikaru Shida, Jamie Hayter and Toni Storm. Huge news on the go-home show that affects the PPV and division in a big way.

Both Dynamite and Rampage were enjoyable. I had tickets in the 100 section, so very good view of the ring. Rampage had some empty seats, half-filled arena, but that’s normal considering all the events taking place that week and people coming in on Friday night into town from all over the world for Sunday’s PPV.

ALL OUT FAN FEST:

As fun as the shows are, if you’re a hardcore fan, or even a casual fan who gave this a shot, the fan fest is awesome. AEW does a great job bringing the fans and their favorite wrestlers together. Meet and greets. Autographs. This year, they even had select wrestlers hanging out for free photo-ops. It’s really cool. All the wrestlers I had met at this event were very nice and approachable and gracious. It was a really nice experience.

I had a chance to meet Jay Lethal and Satnam Singh. Sky Blue. Penelope Ford and Kip Sabian. The Butcher and the Blade. The Nightmare Factory. Hobbs. Ricky Starks. Dante Martin. So a good amount of wrestlers were just hanging out taking pics on the floor of the Schaumburg convention center.

Panels were taking place all day long. From games to reveals, plus live taping of Busted Open radio show. There was plenty to do and see at the fan fest. It’s definitely worth attending and get your money’s worth.

The event of the weekend did not disappoint. AEW always seems to put on a great live show, at least to all the ones I’ve attended, which is about a dozen. All Out started with a bang. A one hour buy-in show or “Zero Hour” that saw some furious action. Highlighted by a scuffle outside the ring that saw Sammy Guevara run down by a car. Sammy is an absolute daredevil.

The Casino Ladder Match got the PPV started and it was a great opener that ended up in complete mystery and shock as Stokely Hathaways crew interfering in the match and grabbing the “chip”.

One of the most exciting matches of the night was the tag-team championship where The Acclaimed challenged Swerve Strickland and Keith Lee. Tons of near counts. Hot crowd. It was great.

Was disappointed how short the Christian vs Jungle Boy match turned out to be, but apparently Christian was working through an injury.

The main event lived up to the hype as Chicago’s own C.M. Punk rallied to defeat Jon Moxley. The crowd went wild for Punk winning the title in Chicago. After the match we were all treated to the surprise comeback of MJF. The show ended with Punk in the ring and MJF announcing his triumphant return and revealing that he’s the winner of the Casino Ladder match title shot. Fantastic ending to a really good night and PPV.

AEW All Out 2022 was a major success. I think it might have been better than thee previous years event/week. Chicago had the full AEW treatment. AEW literally went “all out” for Chicago. I missed the AEW celebrity softball game on Thursday, but otherwise attended every other event they held.

I give this even a solid A! MJF’s return and Punk winning the title in his hometown was a major win for fans of AEW, especially the ones that were live. Here’s to running it back for the 5th time next year!

QUICK “ALL OUT’ TAKEAWAYS:

Next post Thomas Mann is Representing the Average Guys