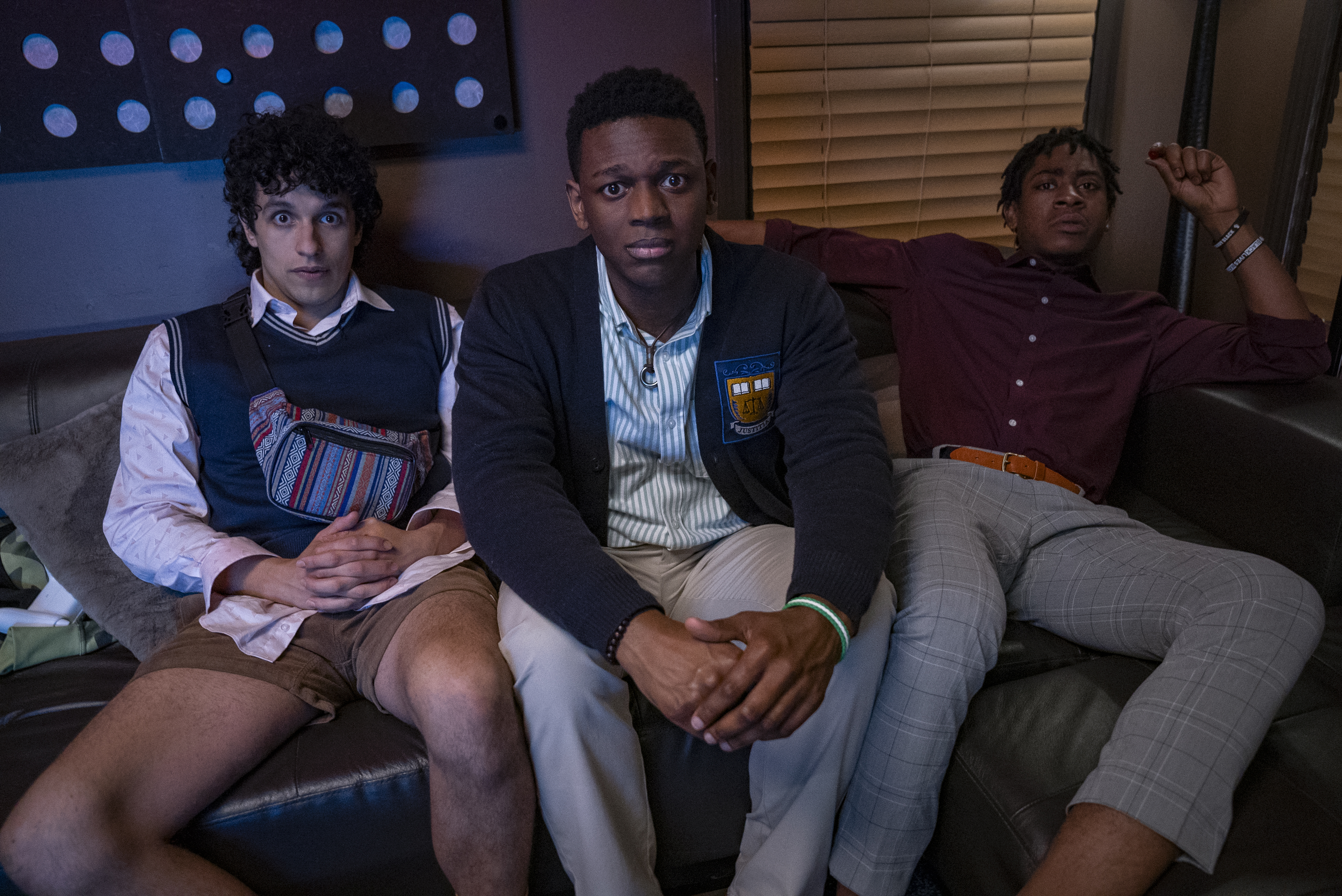 Attention! This is not an emergency alert! It is an alert to check out the badass cast of Prime Video’s Emergency. RJ Cyler, Donald Elise Watkins and Sebastian Chacon are the stars of the film. I spoke to the guys about making the movie and bonding together during it. They shared their love for each other and threw a tiny bit of dirt along the way. The writing and directing was the birth of it all and the guys took the characters to another level.

These guys were a blast. So much fun and engaging. Made me feel at home right away. I can see how they bonded quickly. They had great repertoire with each other, so I had to ask them to share their favorite things about each other. They were very complimentary of each other and basically sounded to be besties.

How about those outfits? These guys were dressed to impress and each one had a unique look. Donald with that salmon button-up, looks like he’s ready for the clubs haha. Sebastian had this cool indie rocker 80’s look. RJ kept it hip and modern in that grey matching outfit.

Anyone notice me throwing in that Billy the Blue Power Ranger reference (RJ played Billy in the last Power Rangers movie), there was a fun banter that ensued from that. The best part of it all was my throwing out a joke and a random suggestion for a sequel title and the guys recepted to it. Fun stuff. I’d like to see them team-up again, I can certainly see a sequel to this film and hopefully it comes to fruition.

Next post Fantastic Beasts: The Secrets of Dumbledore Blu-ray Release